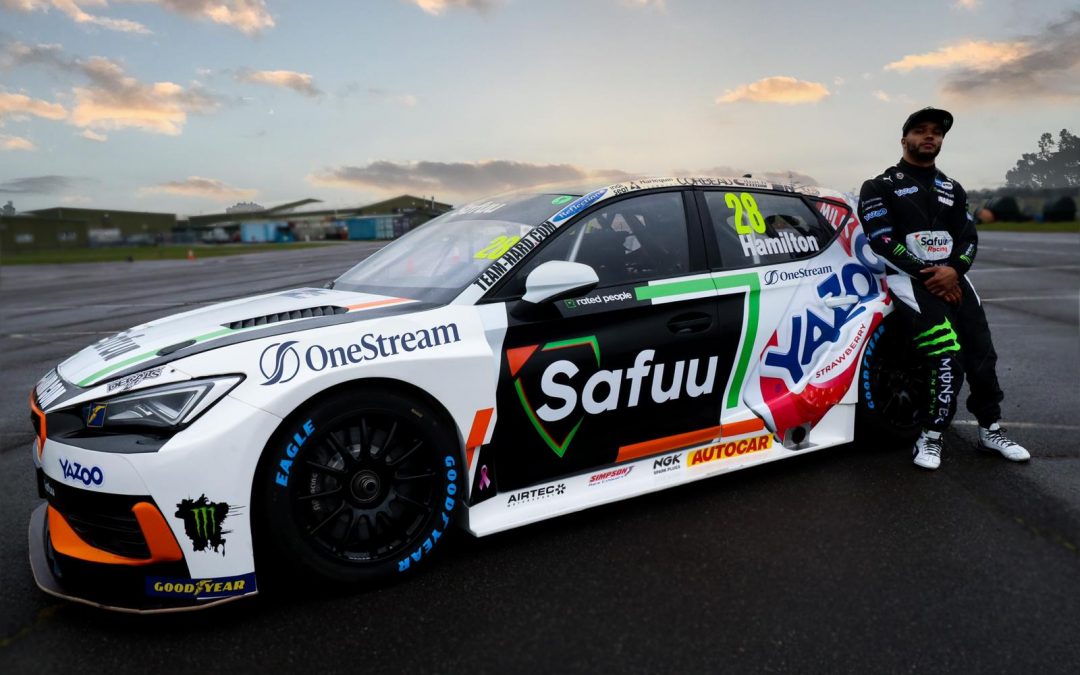 Hamilton remains with the team in which he achieved his best qualifying position, and first points finish in the UK’s premier motorsport series after driving one of the teams Volkswagen CC’s in 2020 before remaining with the team for the 2021 season piloting the teams new CUPRA Leon.

Hamilton has had a tough and ‘nail-biting’ winter after being after losing one of his backers at the final hour, which left him with no race seat in early March. With this sudden ‘set-back’ Hamilton had to make a decision, whether to fight and find the support needed to remain on the grid, or to sit the year out and watch from the side-lines.

With Hamilton so use to fighting in the face of adversity and with only 4 days to secure the required support, he ‘rallied’ around, finding new sponsors and supporters very late on, together with the support of Team HARD., which meant that he could remain on the grid for another season.

Looking ahead to 2022, there is great excitement for what a third year with the team may bring as Hamilton remains at the wheel of the Cupra Leon as he partners Aron Taylor-Smith in the second Yazoo with Safuu.com Racing machine.

Hamilton states, “As of March, I had no seat. Having unexpectedly lost a confirmed sponsor at the final minute is the most soul-destroying feeling. But, I am a fighter and did everything in my power to confirm a drive for this season. I’d like to thank Team HARD and my sponsors, without them I would not be on the grid this year.

Today is an incredibly proud moment for me personally, having overcome the recent challenges, I am more determined than ever to maximise the season and return to the grid with Team HARD.”

Team HARD. Racing’s Managing Director, Tony Gilham commented: “It’s great that Nic has chosen to remain with the team for the 2022 season. He has been a fantastic asset to the team thus far and his determination to develop as a driver has seen him make great gains over his time with us.

“Despite the fact that this will be our second season with the CUPRA Leon, the 2022 season poses a whole new challenge with the introduction of hybrid but it’s one we are looking forward to.

“Having continuity with our driver line-up during this period is vital so it’s great to have Nic back in the hot seat this term.”