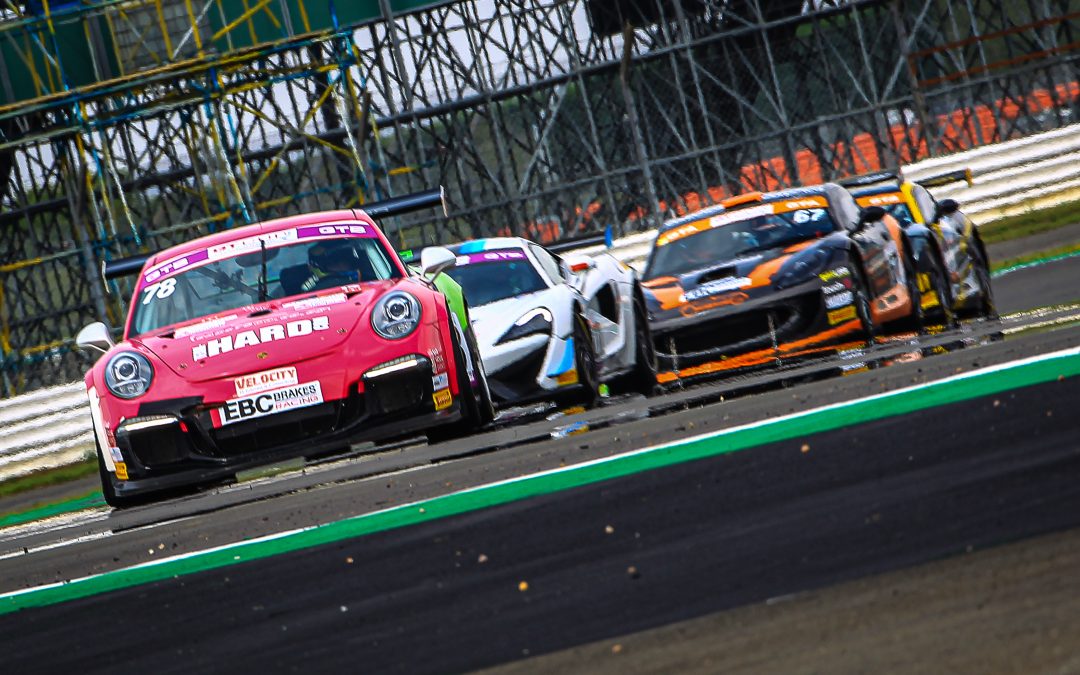 Sam Randon (#78 driver): “Saturday was a quieter affair for me. I warmed the car up in the morning to set Ben a benchmark who completed the majority of the serious running. I got my chance in the second half of the feature race, chasing down a couple of cars in the wet to take the class win. I feel very comfortable in the wet and the car is great to drive as well. We knew from last season that our main rival isn’t the strongest in those conditions so that helped.
Sunday was a great day for me and the team which we started with class pole position for the sprint race. I made the race very hard for myself after a spin on the opening lap at Aintree which left me tumbling down the order. Despite going the wrong way on tyres, we managed to pass the 5 cars that overtook us to claim class victory and third overall. Whilst we won, I wasn’t pleased with how the race went, it should have been much easier having started from pole.
The final race of the weekend was brief but dramatic. The heavens opened minutes before the start and the boys did a great job of changing us from slicks to wets in time for the start which was 100% the right call. By the end of the opening lap there was so much standing water and the track was more like a river! The race was abandoned after 15 minutes due to a massive crash for one of our competitors meaning that we took the win albeit with half points. I hope that the guys involved in the crash are okay.
Overall, I’m very pleased to have maintained our class and overall championship lead as we look to Donington Park for the next round of the season!” 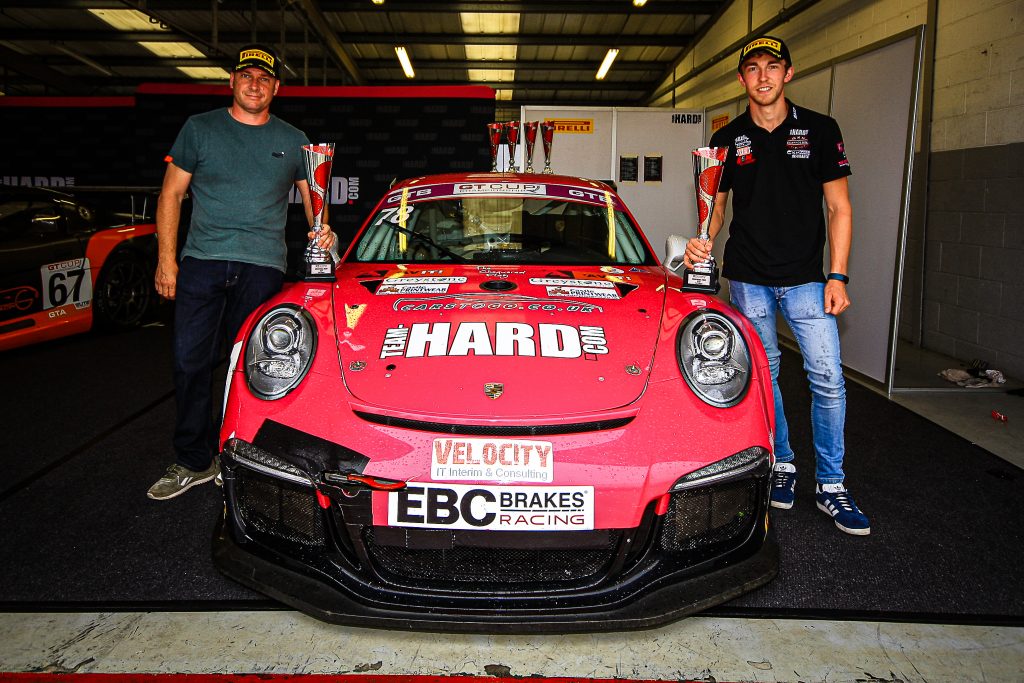 Harry Yardley-Rose (#34 driver): “Due to the nature of the GT Cup’s format my running was limited to just the final stint of the feature on Saturday and talk about brief! Callum pitted from the class lead but unfortunately after about 200m I suffered a driveshaft failure. Nothing I could really do about that and I think the tow truck actually pulled me further then I drove!

Sunday was a much better day for me and the team qualifying in 3rd for the sprint race which is also where I finished. I’m super proud of that as it’s my first ever car race, one race one trophy! The feature race was brief but a mega result coming home in 2nd after the race was abandoned just before the pit window opened due to a big crash and the worsening weather conditions. Gutted for Callum who didn’t get to drive but the right decision was made as the track was so dangerous.
I can’t thank the team enough for their support this weekend. I was a little nervous coming into the weekend with zero car racing experience, but they really helped me settle in early which allowed me to focus on my driving. 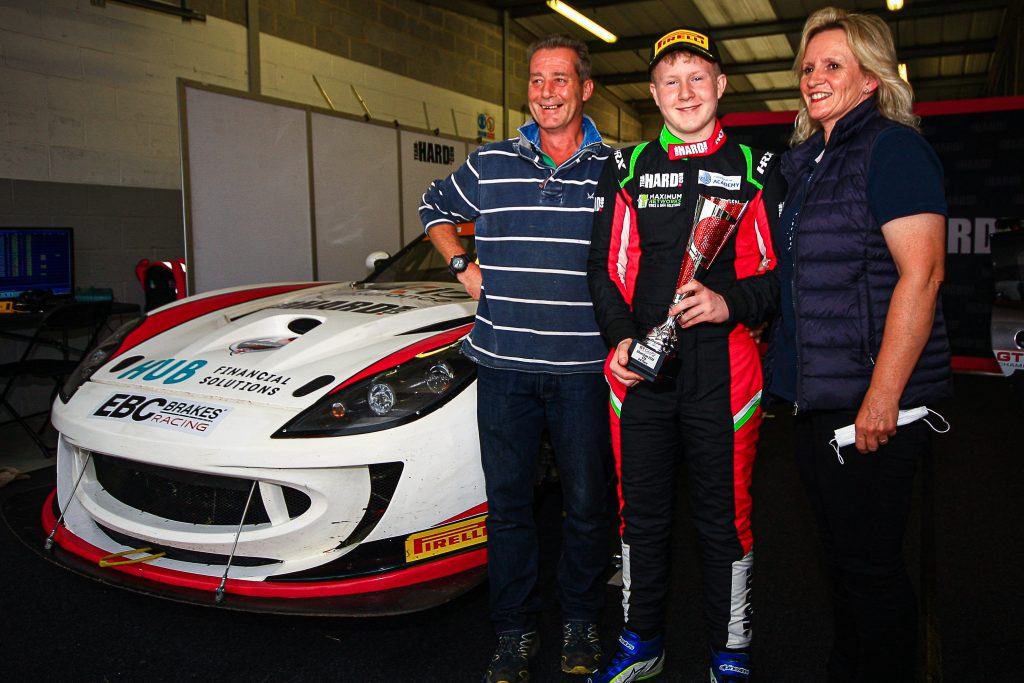 Elliott Wood, GT Team Manager: “This has been a brilliant weekend for the team. Sam and Ben once again showed what a fantastic partnership they have taking three out of four class wins to leave Silverstone still in the lead of the overall championship.
A big mention has to go out to Harry who was making his car racing debut this weekend at just 16 years of age. Age is clearly just a number as Harry put in a performance any seasoned veteran would be proud of, a very special talent that is certainly one for the future.
The team across the board have been great once again with the cars running consistently at the front all weekend. More silverware for the team and I couldn’t be happier!” 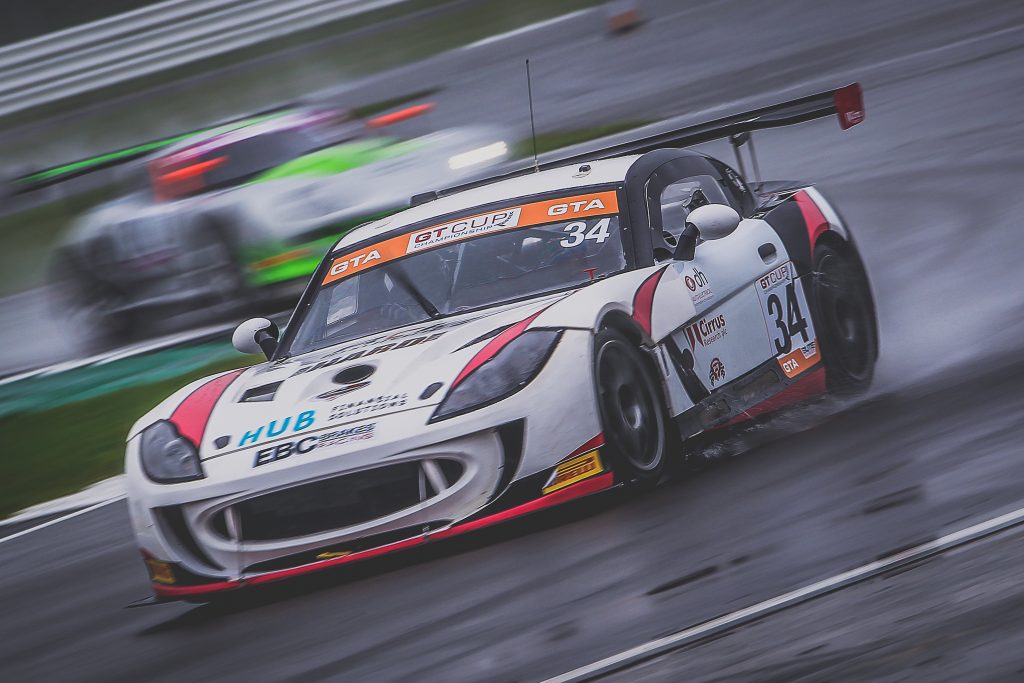