GT Cup: Season Opener Round Up 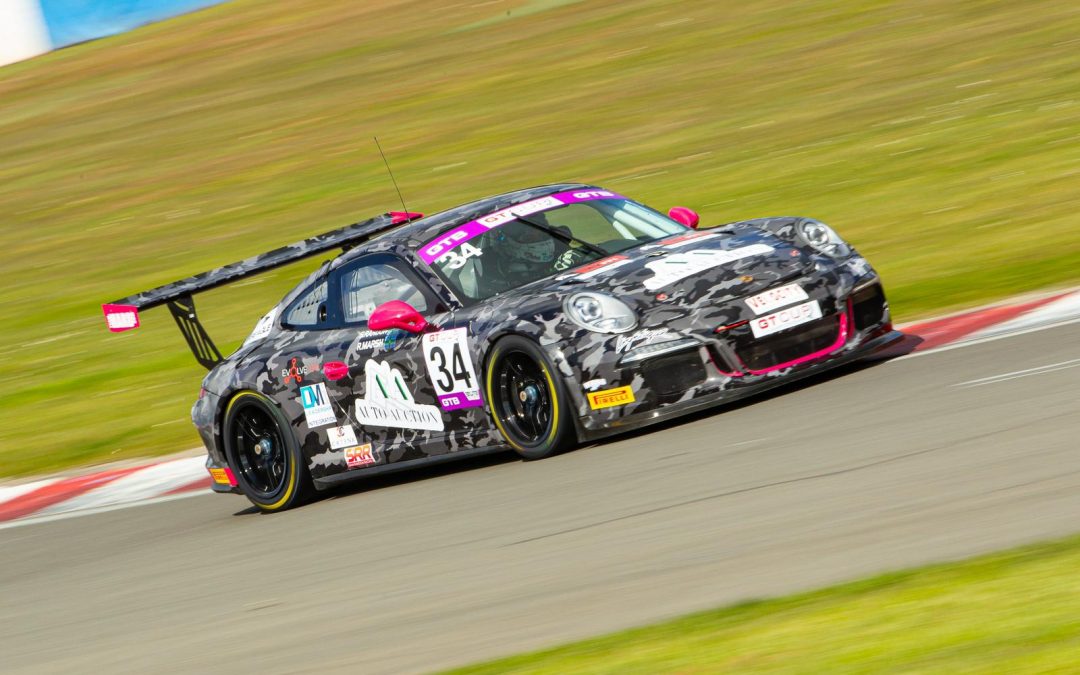 Sam Randon: “Qualifying was busy, and I think my fastest lap was actually my first! With a 37-car grid it was always going to be tricky to get a clean lap in, thankfully I was able to early on and secure the pole. To be honest I wasn’t happy with the lap time and I was determined to better it in the sprint race.

“The sprint race was going pretty swimmingly, out in the lead and battling some of the faster GTC and GTO class cars. I even got the time I wanted before I dropped a wheel onto the grass at Hollywood and span a full 360 degrees straight into the gravel and out of the race. I was honestly so gutted for the team and I can only apologise, I hold my hands up it was my error.

“The feature race saw me finish the race, so it was down to Richard to hold the fort for the first half of the race and he did a fantastic job keeping the class lead and battling with the faster Lamborghini’s before the safety car came out.

“After the pitstop I was told that we had dropped to P3 and my heart skipped a beat a little as I was convinced, we were in the lead. Luckily, it turned out it was just a timing issue and we in fact leading and took the first win of our season, redemption.

I hope Richard has enjoyed his first race day with the team and me as a partner and I look forward to hopefully bringing home more pots tomorrow!” 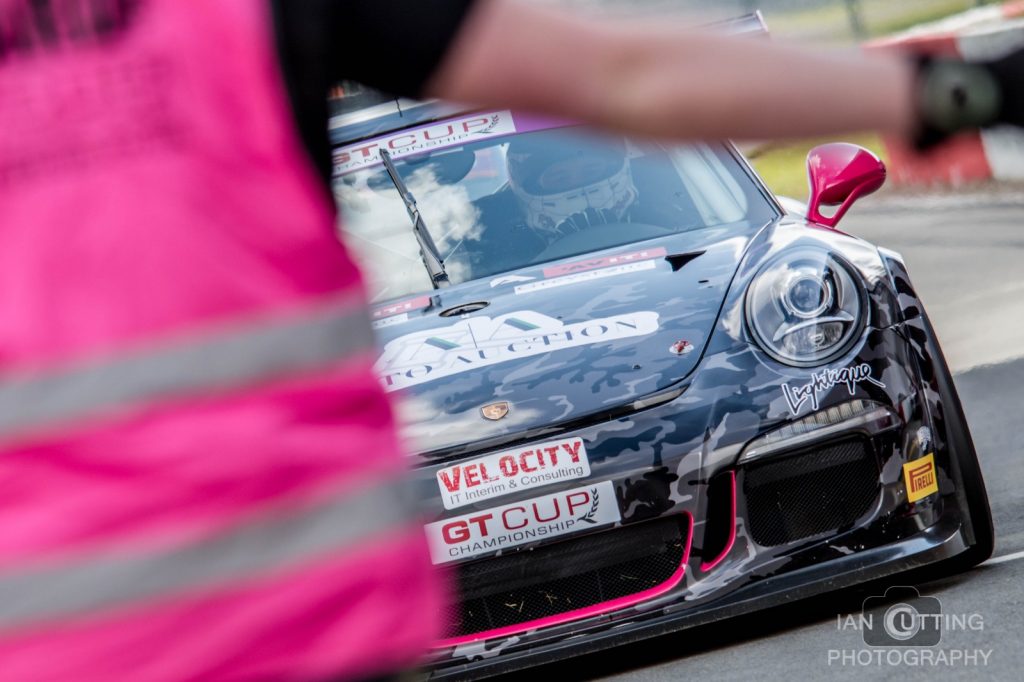 Richard Marsh: “It’s great I’ve not driven a Porsche for a long time, so it was quite the experience getting back into the swing of things at the test day on Thursday. It was the first time in the car. Today was about getting used to the car, getting some track time, and just keeping the car on the black stuff.

“These cars are so twitchy due to the amount of power and the drivetrain being rear-wheel drive. Sam did the majority of the running today, but the feature race gave me a chance to get amongst it and it was great run keeping the faster GTC and GTO cars behind me for a few laps. The race start fell in my favour which allowed me to get passed those guys and I could tell they were getting frustrated and eventually I had to let them through and focus on our own race and winning the GTB class.

It was a good stint and when I handed over to Sam, I thought we were in the lead, then the timings said otherwise and we were actually 4th in class and 33rd overall, I couldn’t believe it!

“Fortunately for us there was a timing issue and the guys and girls at Team HARD. spoke to the officials and got it sorted meaning that we took home our first win of the season and I’m delighted.

“Tomorrow I will be taking on most of the running which I’m really looking forward to and hopefully we can bring home some more silverware for the team and start racking up those points in the race for the championship.

“You leave a race weekend with it either being rubbish or amazing and I’m determined to make this weekend an amazing one.”