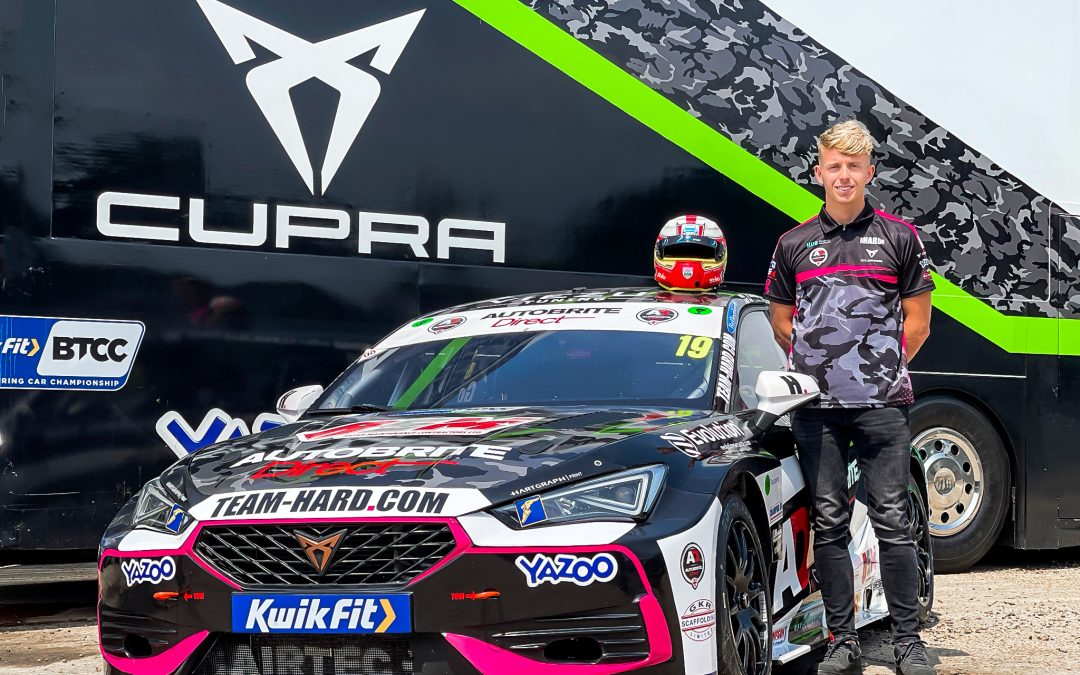 The 23-year-old, whilst new to touring car racing, brings a wealth of experience having competed in various race series with multiple race wins and championships under his belt in a stellar career to this point which also includes a very encouraging BTCC test with Motorbase in 2014.

Mitchell is no stranger to the TOCA paddock having competed in the latest round of the Quaife Mini Challenge series at Brands Hatch, claiming second on his return to the series after a four-year hiatus. Mitchell’s greatest achievement on the TOCA paddock however was winning the 2014 Ginetta Junior Championship, beating current Formula 1 star Lando Norris and current BTCC entrant Senna Proctor to the title. 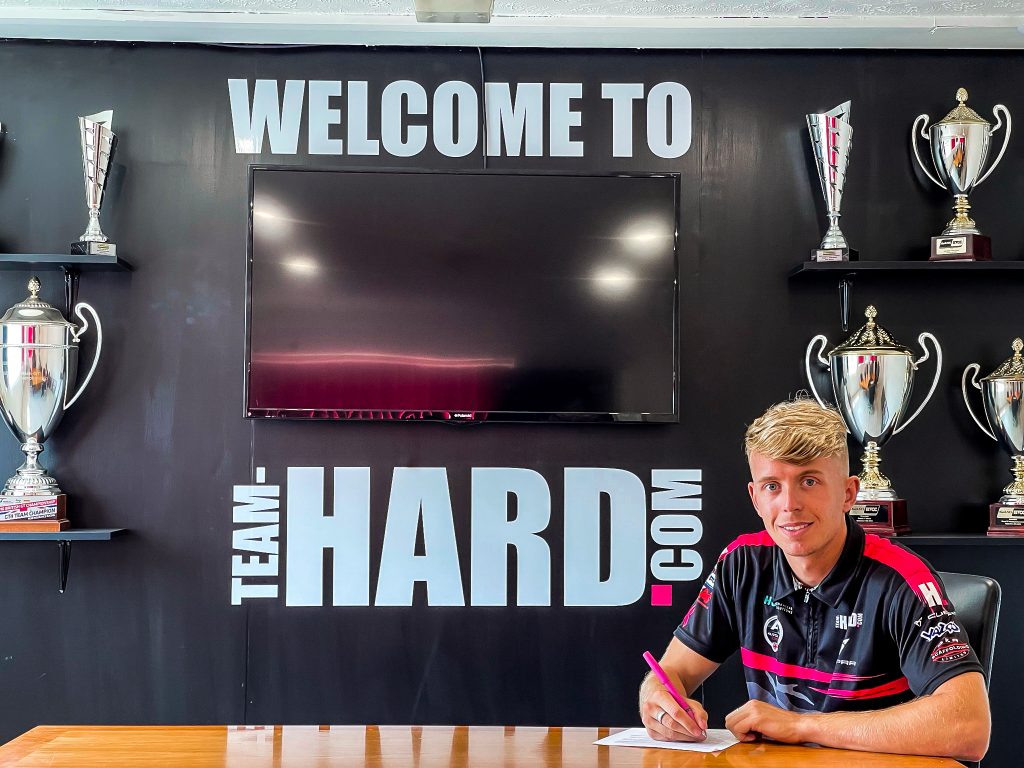 Making his debut in the BTCC at Oulton Park, Mitchell commented “I’m really looking forward to joining Team HARD. Racing in the British Touring Car Championship. It’s a series that I have grown up watching and racing on the same weekend in some support packages, so to call myself a British Touring Car driver from next weekend is something I am very proud of.

“I’ve been following the team for the last couple of seasons, and they have been making great progress, especially with the new car this year which makes me very excited. I’m really keen and looking forward to getting in the car at Oulton park.

“It’s going to be a steep learning curve to get used to the car as the race craft itself is something completely different to what I’m used to in GT racing, but I have the right team around me to help me get up too speed.

“The goal is to help the team get some really strong points finishes and just learn as much as I can. I’m hungry and ready for the fight!”

It has been a busy summer break for Team HARD. Racing’s Managing Director Tony Gilham in his pursuit to find a suitable candidate to replace Glynn Geddie who announced that he would leave the series just days after the previous event at Brands Hatch to focus on family and business matters.

Gilham added, “I’m glad to finally get this situation sorted and I couldn’t think of anyone more suitable than Jack. He has been a consistent performer for his entire career to date and the stats don’t lie, he is a winner.

“Obviously, he is lacking experience in BTCC machinery, but we will be doing our upmost to get Jack settled and up to speed before the next meeting at Oulton Park. It’s actually quite fortuitous that Jack competed in the latest round of the Mini Challenge UK, that will have proved as a good platform for him as he switches back to front wheel-drive machinery.

“We’ve taken our time over this decision, and we won’t shy away from the fact that we have spoken to a number of drivers before coming to this decision to take on Jack. The long-term opportunity we have together is huge and I’m delighted to have him onboard. We have a team dynamic at the moment and Jack will slot in seamlessly, I can’t wait for the season to resume!”

The BTCC has been on its annual summer break period since the last meeting at Brands Hatch in June which saw Team HARD. Racing secure its first podium in the all new CUPRA Leon with Jack Goff securing second in the meetings final race of the weekend.

The first BTCC action for Jack will be at Snetterton as he and the team complete the minimum 300km testing mileage to participate at next weekend’s Oulton Park event. 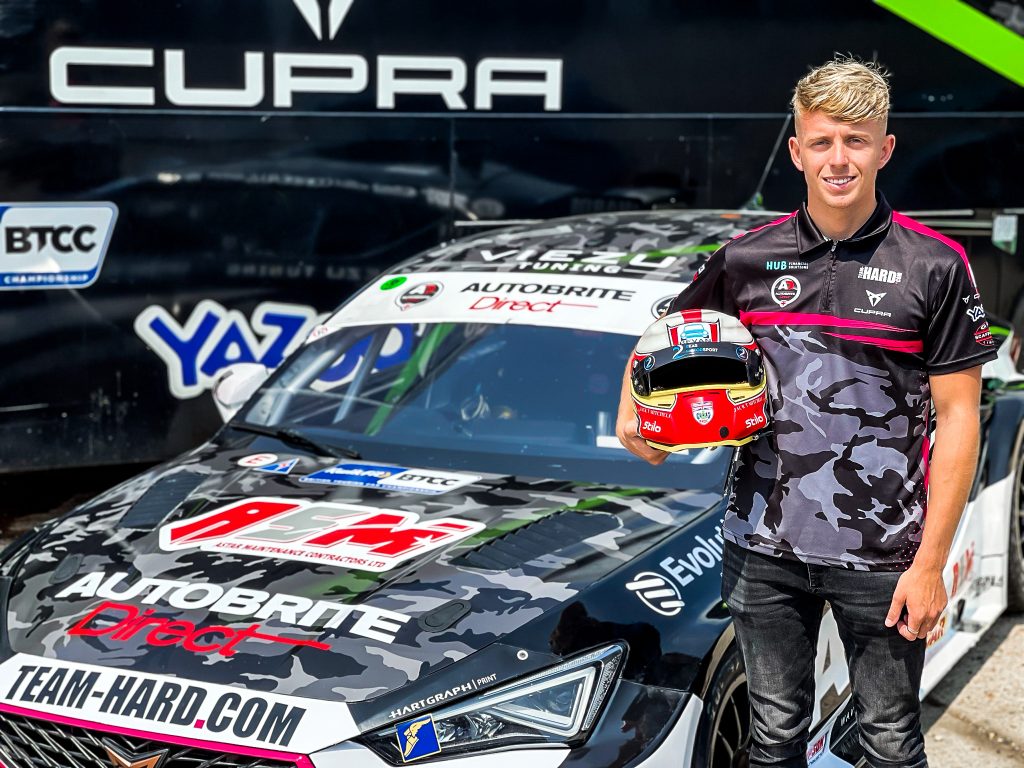