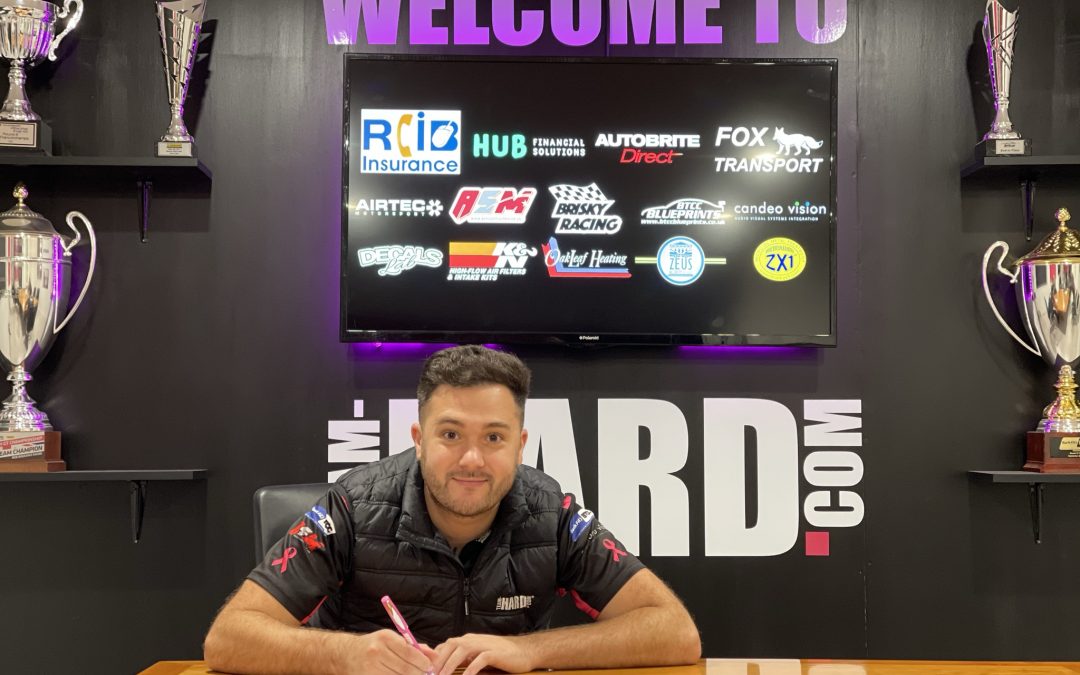 Multiple Kwik Fit British Touring Car Championship race winner Jack Goff is the first driver to be announced for Team HARD. Racing who will be bringing the Cupra brand to the series for the first time in 2021.

Team HARD. Racing are delighted to announce that multiple race winner and fan favourite Jack Goff has signed a two year contract to remain in the Kwik Fit British Touring Car Championship with the team until the conclusion of the 2022 season.

Jack, who took the teams maiden win in the 2019 series will remain with the team in which he made his debut in 2013. Jack will be spearheading the team’s development of the new Cupra Leons which were confirmed to be replacing the Volkswagen CC back in September.

“I’m delighted to be remaining with Team HARD. Racing for another two seasons. The previous seasons have been tricky on track but an absolute delight off it. I can’t fault the team’s commitment to win and family ethics, that for me is something really important. There is always a great vibe around the place which lifts your confidence as a driver.

“Now, we are well underway with the build of the brand new Cupra Leon and I’m super excited to be playing a major part in the cars development. If they go as good as they look then we will be contenders for sure.

“After the nail biting scenario I found myself in on the eve of the 2019 season with it looking likely I’d miss the season, I can’t thank Tony, the team and of course my sponsors enough for this opportunity to finalise a two year deal as we race into the hybrid era. Securing a drive always takes a lot of time and planning so to have this sorted means I can focus on getting myself and the team back to winning ways over the next two seasons.”

The team announced in September that they would be bringing the Cupra brand to the Kwik Fit British Touring Car Championship for the first time in 2021 with the all new Cupra Leon which is due to be released into the UK market in early 2021 as the marque operates as a standalone brand for the first time.

Tony Gilham, Managing Director at Team HARD. Racing believes that continuity with his drivers will only benefit the team’s progression up the field.

“Jack is back for years four and five with the team having made his debut with us back in 2013. With new machinery for 2021 it was vital that we secured the services of a driver who can extract the maximum from our new Cupra and what better than to remain with one of the highest rated drivers on the grid.

“We found this season that we were unable to utilise our race pace due to less overtaking than usual, combining that with our lack of qualifying performance always put us on the back foot. A new car for 2021 with an extensive test programme will help move us forward on outright pace. Jack’s qualifying record is unquestionable and he’s the right man to ensure that we get our new car as far up the grid as possible to get in front of the pack.

“During this current global situation working with partners away from the track is more important than ever and Jack is a great ambassador for all concerned with the team and this news has delighted our current partners as we start to gear up for the 2021 BTCC season.

This is already the busiest winter in the team’s history with new cars amongst a host of other shake ups behind the scenes. This is lining up to be the year that we really earn our BTCC stripes.”

Jack will be kept busy over the winter working alongside the teams engineering department to design and develop the brand new Cupra Leon for the 2021 season. Furthermore, Jack will be present at the teams RCiB Insurance scholarship programme to offer media tuition and training to its entrants.

No stranger to Team HARD. Racing, Jack made his debut in the series in 2013 with the team and took his maiden podium and independents win in that year driving the team’s Vauxhall Insignia. Two years in the Volkswagen CC followed in 2019 and 2020 with Jack taking the team’s first win during this period. Jack remains an integral part of the team’s plans after signing a two year contract extension.