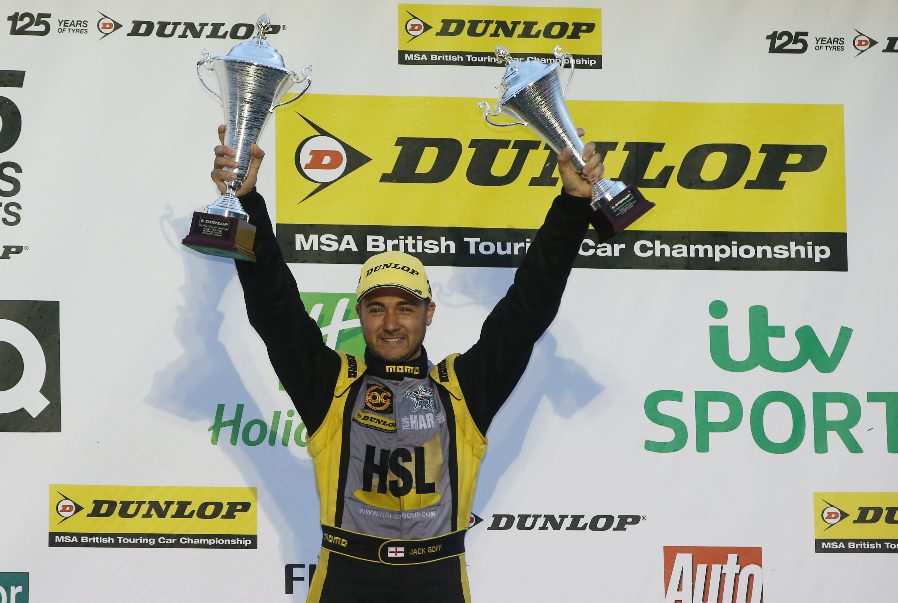 Team HARD. Racing are delighted to announce that multiple race winner and fan favourite Jack Goff returns to the British Touring Car Championship for 2019. After recent events concerning Mike Bushell’s move to the Renault UK Clio Cup for 2019 the door opened for Jack’s return to the BTCC paddock for this season.

Jack, winner of two races in 2018 returns to Team HARD. Racing of which he made his debut in the series in 2013. It’s been a whirlwind 24 hours for Jack and was convinced that he would have to sit out 2019.

“I’m absolutely delighted to be back with Team HARD who I made my debut with in the BTCC back in 2013. Tony gave me my first break in touring cars and it’s an amazing feeling to be back with the team, who have come on an awful lot.

It’s been an incredible 24 hours and I have to say a massive thank you to Tony, the team and my current partners. I honestly thought that I would have to sit out this year after a tough winter and I feel for Mike who is a great guy and driver, but I can’t wait to get behind the wheel of the Volkswagen CC.

I drove the car in 2014 and have seen it’s up turn in form during the second half of 2018 with Mike and Bobby behind the wheel. I’ve spoken to my new team-mates who have told me what the team have done with the car over the winter and I have full confidence that we will be on the pace from the get go despite my obvious lack of testing.

I am absolutely buzzing for media day and for the first round of the season at Brands Hatch. I am more determined than ever!”

The team have been working hard to develop the Volkswagen CC which saw an improvement in pace during the second half of the season, consistently challenging the front runners. Managing Director, Tony Gilham is glad to have Jack in the Team HARD. Racing camp after five years away from the team.

“It is great for us to have been able to bring Jack back to Team HARD Racing. for 2019 following a lot of developments in the last 24 hours. Of course it is very sad that Mike (Bushell) has had to step aside but we have an ideal replacement in Goff and Bushell remains with the team for the Clio Cup.

Jack brings a massive amount of experience with him and will allow us to really see how far we have come since 2013 when Jack last raced for us at Brands GP in a stunning race long battle with Gordon Shedden.

We are in great shape for the season ahead and despite it being a very hard decision, we now have to focus on doing the best job possible. Mike has been an important factor in our upturn in performance and will remain a key team member for the future.

For us to get this all in place before it all begins at media day this Wednesday was vital for our season plans.”

Jack is no stranger to Team HARD. Racing whose introduction to the BTCC came via the team in 2013, driving the teams Vauxhall Insignia to an overall podium plus independent win during the same season. You can meet and catch Jack in action at Wednesday’s BTCC media day at Brand Hatch.