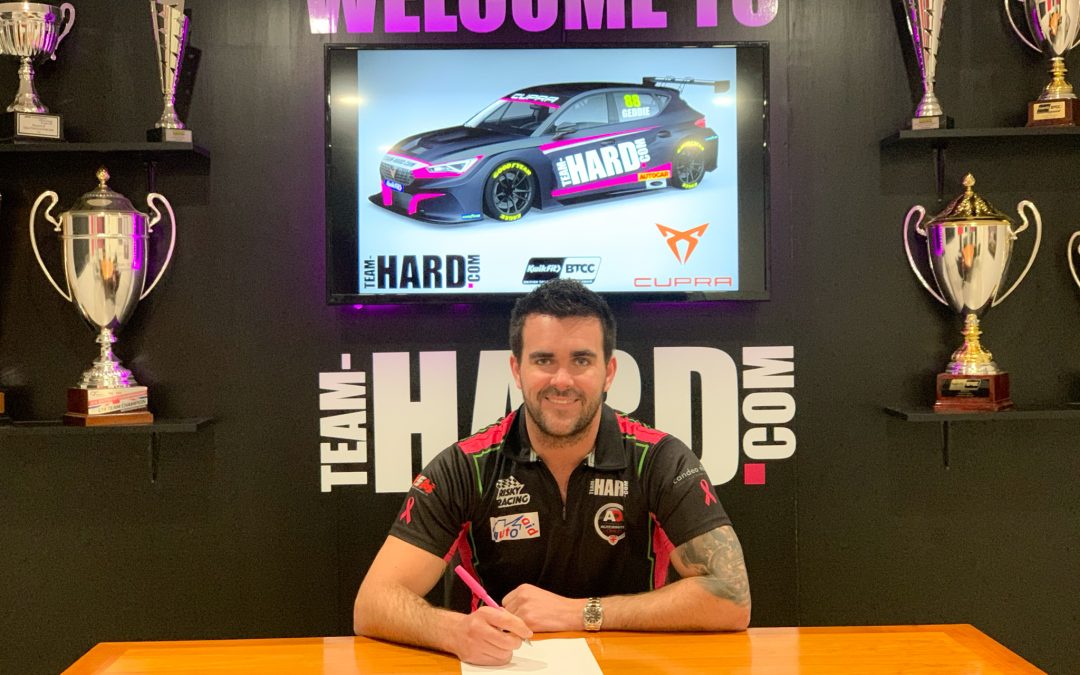 Former British GT champion Glynn Geddie will return to the Kwik Fit British Touring Car Championship (BTCC) for a full campaign in 2021 to partner Jack Goff in the second Cupra Leon which will be making its debut in the series.

Geddie, the 2011 British GT champion competed in the final two rounds of the 2020 BTCC season with Team HARD. Racing in the retiring Volkswagen CC, putting in a string of strong performances pushing team leader Jack Goff all the way and taking a points finish at Snetterton.

Geddie commented: “I’m really looking forward to competing in the BTCC for a whole campaign for the first time in 2021. Joining up with Tony (Gilham) and Team HARD. Racing at the back end of the 2020 season was a great experience and it was nice to dip my toe back into some close, wheel to wheel racing after spending the last few seasons in the GT discipline.

“I surprised myself actually, I thought it would take me a bit longer to get back into the swing of extracting the maximum out of front wheel drive machinery but testament to my teammate and my engineer who helped provide me with a stable platform to build on. To score points on my return to the series was a great result and one I’m extremely proud of.

“Moving onto this season, when Tony spoke to me about the team’s plans with the Cupra Leon it was impossible to not get excited and want to be involved. This team has big ambitions and I’m delighted to be onboard to help develop not only their new car but also the next chapter of their Motorsport journey. It’s a very exciting time to be in the BTCC with Team HARD. Racing.

Tony Gilham, Managing Director of Team HARD. Racing commented: “Glynn was a brilliant asset to the team at the back of the 2020 season and really gave Jack a run for his money despite having not raced in a front wheel drive car for a few years. It’s invaluable to have two drivers who are closely matched which allows them to work together to move through the pack and Glynn’s pace out of the box was a major factor in our decision to offer him a drive in the all new Cupra Leon for 2021.

“Glynn and Jack very quickly developed a strong partnership which is only going to accelerate our development of the new cars as we look to move up the grid this season. Both drivers will have an extensive testing plan before the season opener to allow us to provide them with a platform to extract the maximum from their new machinery from the get-go.

“I have full confidence in Glynn and I’m positive about his chances of securing the Jack Sears trophy in 2021. Bring it on!”

Geddie will compete in his first full Kwik Fit British Touring Car Championship season having completed bit part seasons in 2014, 2018 and 2020 and will be eligible to compete for the Jack Sears trophy, a championship designed for drivers who are yet to stand on the overall podium in the series.