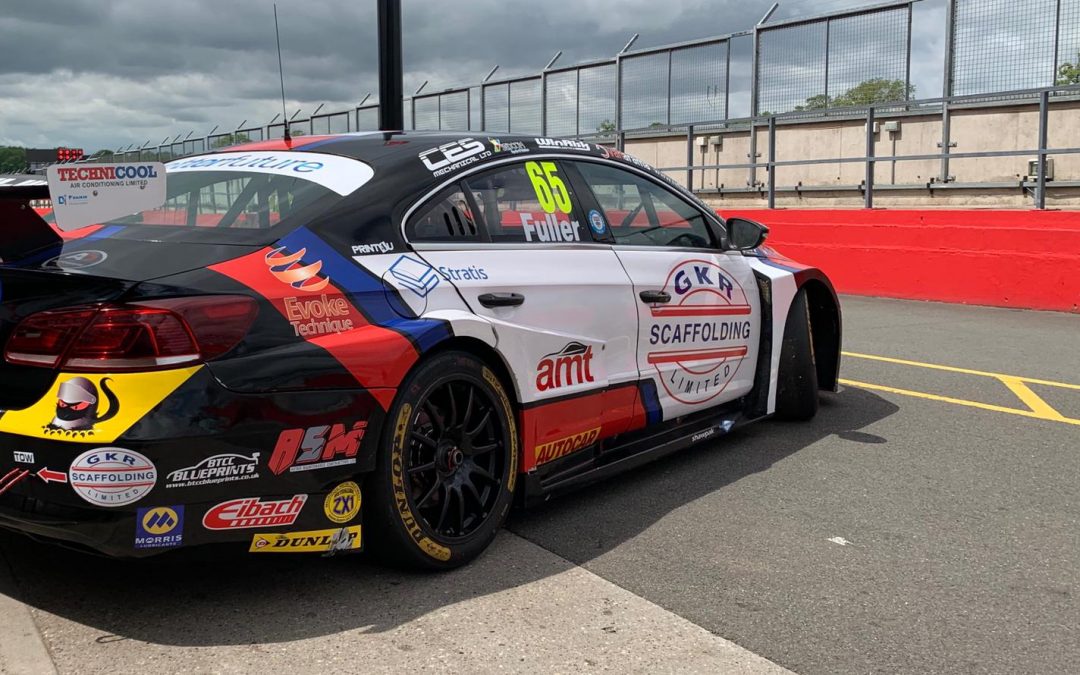 Howard Fuller returned to the seat of a British Touring Car for the first time in six years today as he partnered current Team HARD. Racing star Jack Goff for a test session at Donington Park. The pair put the #31 and the #19 Volkswagen CC of Bobby Thompson through their paces to eek some critical tenths of a second out of the cars.

Howard last drove in the BTCC in 2013 driving a Vauxhall Insignia with Team HARD. Racing and he couldn’t believe the development the BTCC cars have experienced since his last drive in a car.

“This has been an amazing day for me. I’ve missed the BTCC so much, since I last drove in the series, I’ve still been watching the and it’s clear it has gotten even stronger since I last competed.

I’d like to thank Tony (Gilham) for the opportunity to get back in the driving seat and help develop the car for the remainder of the season. This has been a good test for me and it is great to know that I am still on the pace despite a lengthy spell away from the BTCC circus.

I entered in a one-off round in the TCR UK series last season and was on the tail of Dan (Lloyd) throughout the weekend so really, deep down, I knew that I’d be there or there abouts in the Team HARD. Racing Volkswagen CC.

One of the great things about today is working with Jack (Goff) but in a racing capacity. We often work together away from competitive racing in our day to day jobs, so Jacks been teasing me about not being in the BTCC at the moment. Even he’s pleased that I’m back in the mix!

I’d also like to thank current driver Bobby Thompson for letting me use his car for the day. I think he’s going to be pleased with the developments and steps we have taken when he next gets in the car at Croft.
I’m now working hard to secure a drive for the 2020 season!”

Meanwhile, current BTCC star Jack has had a topsey turvey start to the season with his overall position in the championship not reflecting both his and the cars pace.

“Despite still being over the moon to have secured a last-minute drive for this season it’s been a disappointing start to the season, through no fault of our own really.

Today’s test has been a good one, we have ironed out some of the issues with the car making it a more consistent package over a race distance but also in qualifying where we have been struggling. I’ve finally got some extra laps in the car after missing preseason so when we head to Croft we should be able to hit the ground running!

It’s been great working with Howard today, we have a very similar driving style so we have been able to compare and adjust the setup to our liking. I often work with Howard away from the BTCC and I won’t lie I’ve been giving him some stick for not getting back in the frame, he’s finally listened to me, so I guess I won’t be teasing him at work anymore. It’s all in good spirt!”

Bobby Thompson will return to the #19 car sponsored by GKR Scaffolding and Autobrite Direct next time out at Croft on 15th-16th June, picking up where Howard has left off as he pushes to add to his current points tally and close the gap to the Jack Sears trophy leader, Rory Butcher.