Fuller Fills in for Bushell at Team HARD. Racing 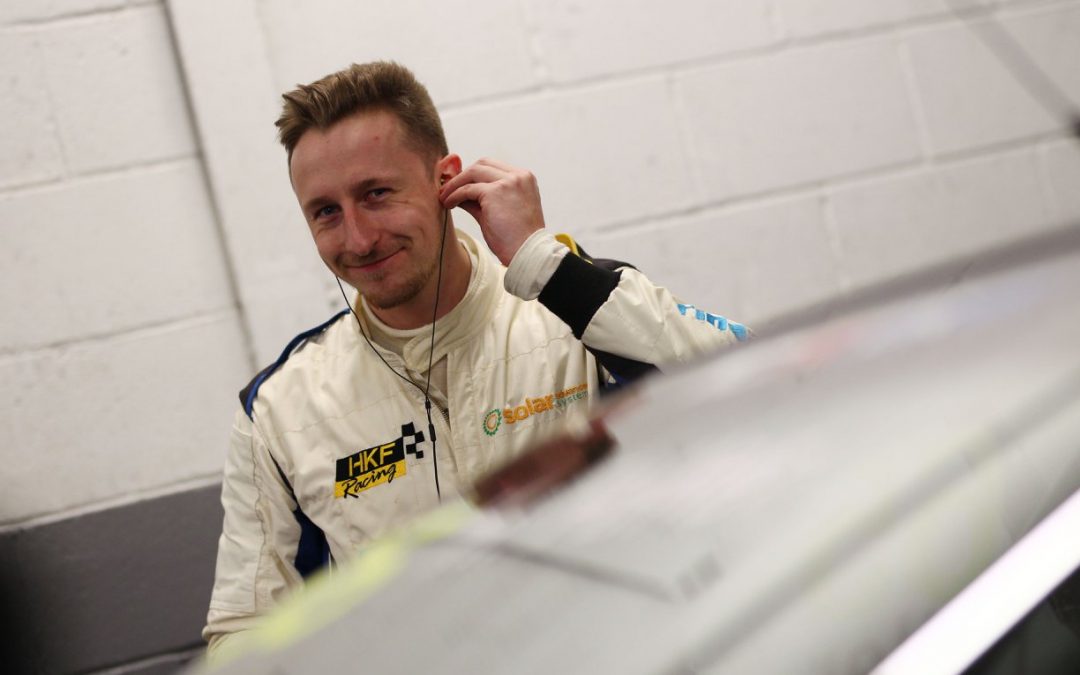 British racing driver Howard Fuller is set to replace Mike Bushell in one of the Team HARD. Racing Volkswagen CCs for a minimum of the first three rounds of the Kwik Fit British Touring Car Championship (BTCC) whilst Bushell continues his recovery from Myocarditis – an inflammation of the heart muscle.

It’s a frustrating time for Bushell who was looking forward to getting back behind the wheel of the Volkswagen CC “I’m extremely frustrated to have yet another hurdle put in front of me in my pursuit of success in the BTCC.

I had a good feeling about the development of the Volkswagen CC for 2020 and was excited to get behind the wheel. I’ve been in close contact with the team with the winter upgrades and was keen to start from where we left off in 2018.

Unfortunately, there is still some damage and residual inflammation of my heart after falling ill at the start of February. It means that I am unable to hold a race licence, but more importantly I’m not physically able to race at the moment and I have to put my health first.

I will have to postpone my return the BTCC grid once again and focus on getting back to full health. I wish the team and Howard all the best for the start of the season.”

Bushell replacement Howard Fuller last drove in the BTCC back in 2013 in Team HARD. Racing’s Vauxhall Insignia, scoring multiple points despite only competing in two rounds of the season. Looking ahead to 2020, there is great excitement for what a return to the BTCC might bring Fuller as he takes to the wheel of the Team HARD. Racing CC in Spain next week.

Tony Gilham, Managing Director of Team HARD. Racing said. “Howard has been an integral part of the team for a number of years now and even when he wasn’t racing with us, we have remained in close contact and tried many times to get him back on track. Our journey together began back in 2012 and led to his BTCC debut. Being totally honest with myself, whilst Howard was ready as a driver, we weren’t ready as a team at the top level at that point. Howard is an amazing talent and up until now there has always been something lacking with us as a team which hasn’t allowed us to extract everything from his potential. However, 2020 will finally see what we can achieve together now that we are both more than prepared and ready to take this challenge on.

We believe Howard has the potential to go to the very top and we all appreciate that it is very important to build a career on solid foundations. So, the decision was made to hit the reset button and essentially relaunch Howard as we look to take him back up the racing ladder. Howard brings a wealth of experience and will be a great ambassador for us both on and off track so we are very much looking forward to what we can achieve this season.

I’m naturally devastated for Mike; we’ve been in contact throughout his recovery and we wanted to keep him in the car, but health must come first, and we wish Mike well. He is still an integral part of the team and we will be working with Mike throughout the opening rounds of the championship until we reassess his health in April.”

Honoured to be back behind the wheel of a touring car for 2020, Fuller has been hopeful to once again return to BTCC. “I’ve waited 7 years for the phone call… our first outing in the championship was way back in 2012 with Team HARD in the iconic green and pink Honda Civic.  The team has grown and developed so much since then. I am grateful for every opportunity that’s come my way along this journey. Team HARD. means more than just a race team to me, its family and to represent the team in the BTCC is such an unbelievable feeling. Just want to get this season started!

I’m motivated by winning, and that’s the goal, of course. My job is simple, drive the team forward as much as possible and extract as much performance as possible on and off the track. I’ve got a world class professional team behind me, and strong, fast teammates alongside me. I’m keen to work together, learn and push forward.

There is no doubt things will be a bit rusty after such a break, but I’m physically and mentally prepared for the challenge. The speed will come organically.  I know that I can bring about successful results with the team’s support and their confidence in me.

Obviously, the circumstances are unfortunate with Mike not being able to race, a real character of the paddock and definitely one of the fastest on the grid. He will absolutely be missed and I wish him a speedy recovery.

Lastly, I want to say a huge thank you to our fantastic sponsors who play a huge part in making this all happen.  I am extremely grateful to the team, friends and my unbelievably supportive family who’ve been there every step of the way.”

Fuller will be partnering Jack Goff in a two-car pairing. The two will also be working closely alongside Team HARD. Racing’s other drivers Carl Boardley and Nic Hamilton as the team looks to build on a promising end to the 2019 season.