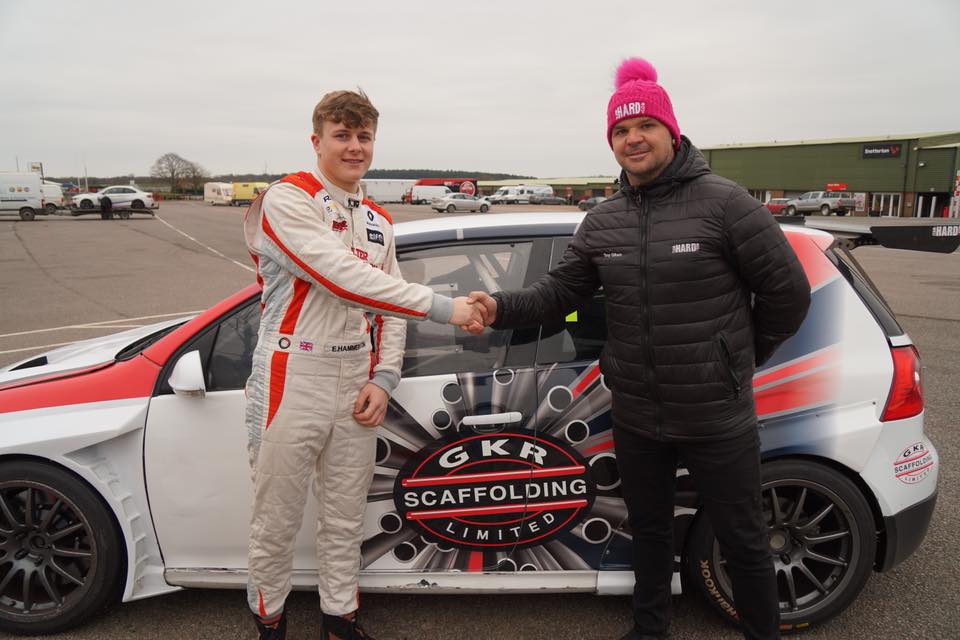 A DREAM will come true for one of the UK’s most promising young motor racing talents when he makes his debut in a world famous championship later this month.

Ethan Hammerton, 17, will be the youngest current driver in the illustrious British Touring Car Championship (BTCC) when he competes in the championship’s last two rounds at the legendary Silverstone and Brands Hatch circuits.

Ethan will replace fellow Team Hard racer Michael Caine, 49, a former British GT Championship winner who has been racing in the BTCC since 2011.

Last year the Northallerton teenager beat off stiff competition from almost 100 other drivers to win the Team Hard GKR Scaffolding Scholarship and has since been racing in the prestigious VW Cup Championship, which is seen as a proven training ground for drivers with professional ambitions.

The move up to the BTCC has come far earlier than expected and is recognition of a rare talent.

“I have been watching British Touring Cars at Croft with my mum, dad and brother since I was a young boy and I can’t believe I am now going to be actually racing in the championship,” said Ethan.

“I switched from racing karts to racing cars in the Junior Saloon Car Championship when I was 15, in 2015, and it was my goal then to race in the BTCC and I’ve achieved that ambition – it’s a dream come true,” he added

Only Formula 1 and America’s NASCAR stock car series have longer histories than the BTCC – since its inception in 1958 it has attracted and captivated millions of motor racing fans around the world.

Ethan was at the Rockingham motor racing circuit with Team Hard boss Tony Gilham when he learned a seat in the BTCC might be a possibility: “We were at the Rockingham round of the BTCC supporting Bobby Thompson and the rest of Team Hard when discussions started with Tony and I am over the moon that everything is now in place and I can’t wait to get out in the car,” he explained.

“I know it’s going to be tough given the lack of time in the car compared to the other drivers and the 45kg mandated ballast for new entrants. I fully appreciate the trust put in me and will put everything I have into doing well for Team Hard. I know how privileged I am to have been given this opportunity and I am realistic about my expectations

“I really want to be in the BTCC next year and am hoping that this is just the start of my BTCC career. I’d like to thank Tony Gilham, Team Hard, GKR Scaffolding, HMC Group, Hadrian Healthcare and my other sponsors for making this happen.”

Ethan is seen as an emerging talent in the world of motorsport having narrowly missed out in two junior championships last season. He finished on the podium a staggering 21 times out of 26 starts, with race wins, lap records and fastest laps in both the Renault UK Clio Junior Championship and the JSCC finishing as vice champion.

Having gained the Team Hard GKR Scaffolding scholarship, the young racer secured his first VW Cup Championship podium at Rockingham in only his third senior race. This season he has also raced in the Fun Cup Spa 25 hour race at Belgium’s Spa circuit, where he won the Evo 2 class.

Trackside crowd figures for the popular BTCC are now around 40,000 and major manufacturers such as BMW, Honda, Vauxhall and Subaru are all part of the championship roadshow.

ITV has agreed a long-term contract extension up until the end of 2022, providing a perfect platform of millions of viewers for sponsors to raise their profiles and reputations.

If you would like to sponsor Ethan in 2018/2019 please contact him on Facebook, via his racing page @Ethan Hammerton Racing or email him at ham[email protected] for sponsorship opportunities. 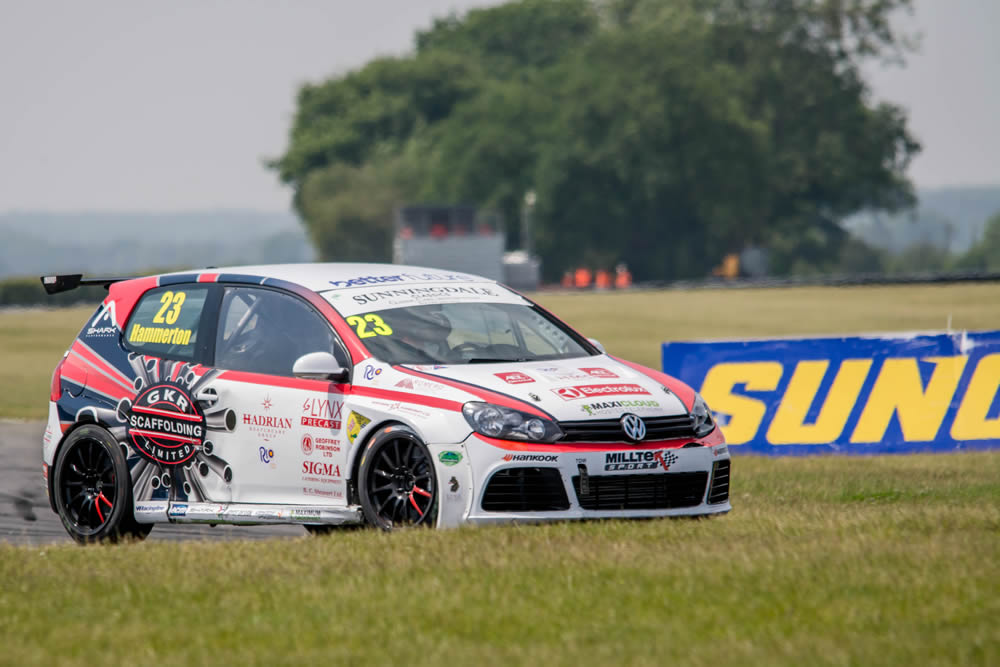