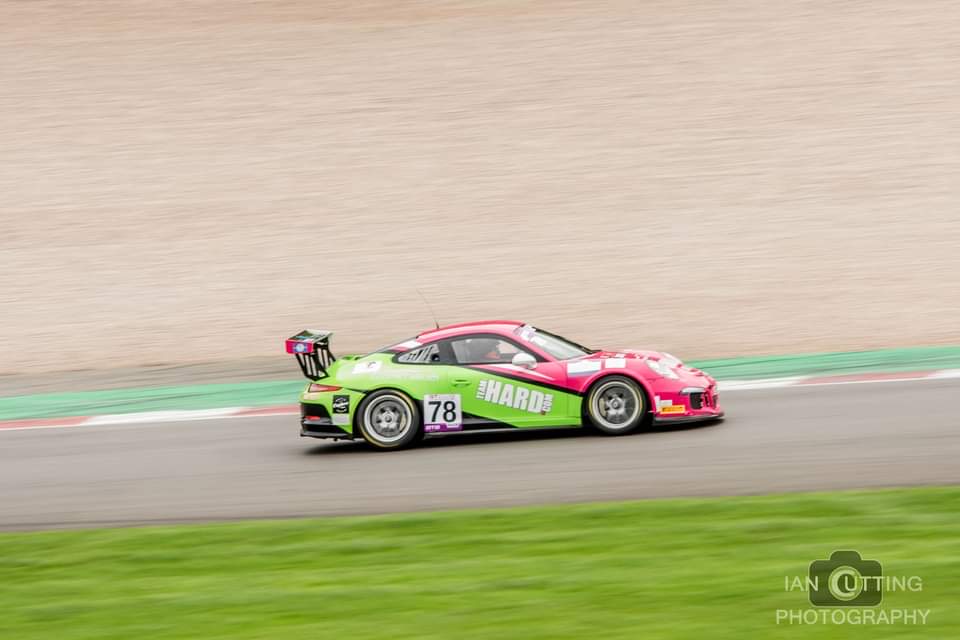 Sam Randon: “Today has been very positive. In FP1 and qualifying I had a little issue with the car but we still managed to bag P1. Race 1 was pretty plain sailing and was just about keeping the car on the track, and again we scored P1 in class. Race 2 however was a little more interesting with the weather and we weren’t sure if the race was even going to go ahead at one point.

“Whilst we were driving behind the safety car it was tough because it wasn’t going fast enough for us to really work our tyres and we couldn’t get a feel for what the track was actually like. It’s safe to say it was sketchy! However, the ferrari and lamborghini in front came together and the ferrari took himself off so I ended up leading the race overall which was quite a nice feeling, especially in the car that technically shouldn’t have been leading the race. The conditions were really tricky but it was all about bringing it home and fortunately, Ben did the same in his stint and we are very close to bagging the class championship so we are over the moon!”

Joshua Jackson: “Today has been really good. Qualifying went well, we got pole and gained our extra point keeping us in the championship. The sprint race was nice and dry and was just about maintaining our position. We got held up in some traffic but were not taking any risks to protect the championship so we finished second but got first place points, which was great”.

Simon Orange: “I did the endurance race and I have to say, I’ve never had a 6 lap safety car before! I was on the radio all the time and knew I was miles in the lead so was being careful as not to push the car yet still nearly lost it half a dozen times. It was a death trap out there but we have had two wins so we’re nearly there!”

We continue with the final day of the GT Cup championship tomorrow where overall class, teams and championship winners will be announced.