Max Coates scored a podium finish in the Renault UK Clio Cup at the weekend in the championships second event of the season held at Donington Park. It wasn’t without a mixture in fortunes for the Yorkshireman who experienced a number of setbacks during the weekend.

The early championship leader qualified his Primex Plastics and RPC bpi PLASgran car second on the grid for the weekends two races as conditions dried out at the Derbyshire venue. It wasn’t all plain sailing however, as tape covering an air vent to prevent the windscreen steaming up in wet conditions was left on when he switched to slick racing tires for the qualification session. Whilst no competitive advantage was gained Coates and two other cars were excluded from the results of qualifying for a ‘technical infringement’. The penalty meant starting from the back of the grid with a 10 second penalty.

Whilst Coates pace was evident, he had a lot of work to do to propel his Harron Homes and Polydist sponsored car into a strong finishing position. Electing to start from pit-lane negated his 10 second penalty, Coates, significantly helped by an early safety car, romped through the field to sit in 3rd place on lap eight. Coates luck was certainly out, a stone hit his auxiliary belt at just the wrong point causing it to snap and the engines water pump to stop working. The engines temperature soared and forced the RMB Automotive and Bennett Renault backed car into retirement.

Coates had to start from the pit-lane again in race two and this time, live on ITV4, he had to do the work all himself. Without safety car help he scythed through to third on lap ten having run side by side for several corners with various drivers. With four laps to go Coates set about trying to get fastest lap in the final stages as he held on to his podium finish to the chequered flag.

Afterwards Coates said “It’s been a weekend of disappointment, the punishment in qualifying put us firmly on the back foot and knowing we had the pace to challenge for the lead and not being able to do so is very frustrating. I felt like a second place may have been on the cards in race one but it wasn’t to be, it’s our first mechanical retirement in three and a bit years in the Clio Cup which is testament to my mechanics abilities as this one was purely down to ‘bad luck’. I had a lot of fun battling through the field and I am definitely looking forward to pushing for race wins at my home race at Croft. I’d like to thank all my sponsors for their support throughout the weekend and hope I repaid theirs, and Team HARD’s efforts with the podium result.”

The championship now enters a month and half break before it’s next rounds at Croft, North Yorkshire, on the 15th / 16th June. Max will compete in the Britcar Endurance Championship with DAT Racing in the break at the Brands Hatch Indy circuit and GP version of the Donington Park circuit on the 11th May and 1st June respectively. He is also set to announce the return of his ‘sponsor a tyre’ sponsorship scheme where local business can get onboard for the local round of the championship. 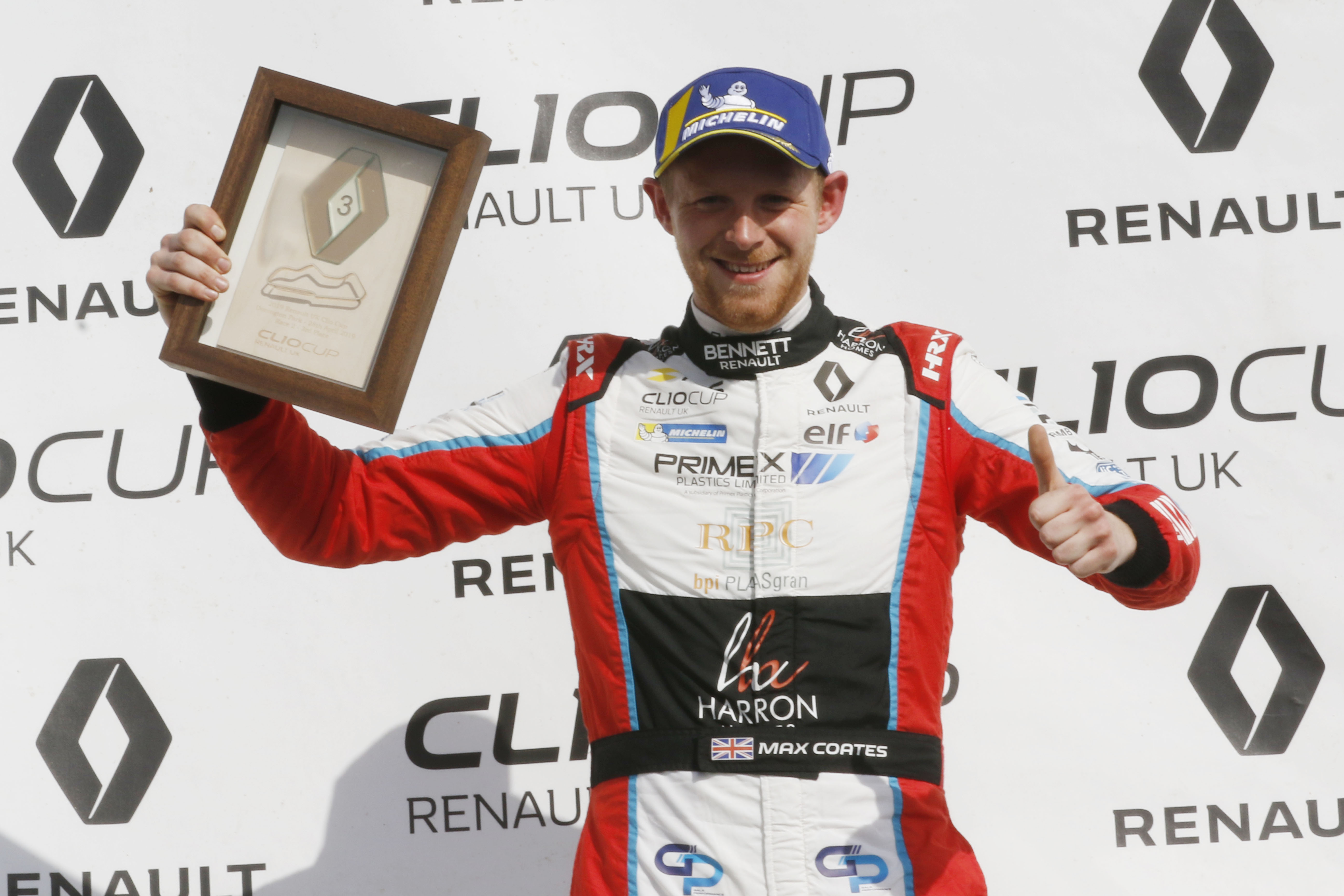