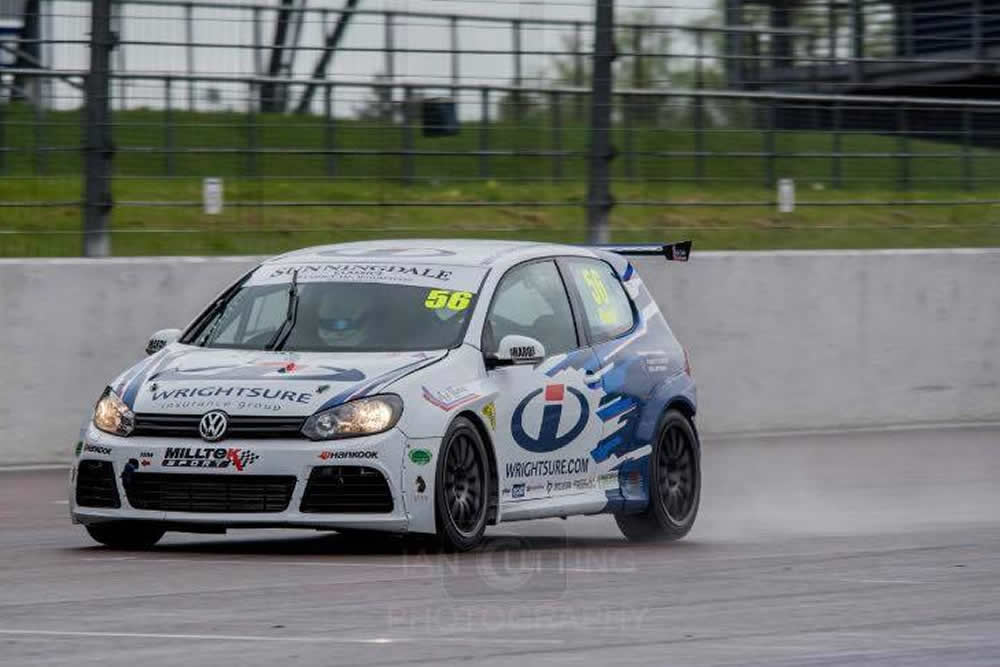 Another weekend to forget to be honest….

Qualifying – pole! (Only good part about this)

Race 1 – disaster. We got a decent original start dropping to 2nd by turn to but as a move was presented the red flags came out and the race was stopped. (Driver of the incident was ok) we took the restart and spun the wheels to much off the line which dropped me down to third, we got back into second by turn for and start chasing down the leader… coming through grace lands I got a great run on Martin as he covered the inside line he caught me by surprise braking quite early so I was stranded on the outside of Tarzan hairpin, we run out of road and spun onto the grass, we dropped down to 11th once we recovered and was 15 seconds behind the leaders with a raced reduced to 15mins we had a huge amount of work to do.. which we did pretty well I fought my way back up to 5th and on the back of the leading pack a few more laps and we would have got on the podium but it wasn’t to be. But we sure showed our pace taking near on a second a lap out of the leading pack.

Race 2 – even more or a disaster. After finishing 5th in race 1 we were starting 2nd on the reverse grid, a great start saw me in the lead by turn one. By the end of lap one we was over a second in the lead after 10 mins of the race we had a very comfortable 3 second lead….. the race was under control and I felt confident for the win.. until coming into grace lands a car had gone off into the barriers and was on the grass I saw the yellow flags so backed off slightly as it was a single waved yellow so wasn’t expecting anything on the circuit, but the car had thrown coolent/oil all over the track, me being first through saw no red and yellow flag warning me of a slippery surface and it through me off and into the gravel to which we could not restart after the red flag. Another DNF for me in race 2.

There are still a lot of positives to take from this weekend as we really showed our pace and what myself and the team can do.

I know every driver thanks there sponsors but I cannot thank Wrightsure insurance and oakleaf heating enough for the support over this weekend! Always there to lift my spirits and make me look at the positives they truly are the best company’s to have support from and I’m truly honoured to have you guys by my side.

Another thankyou to team hard racing and alex my engineer alex, for always giving me such a great car, sorry the results aren’t there but they will come.

And last but not least thank you to my family and especially my mum and dad for there support we have had a really hard time as a family the last few months but we all pull together to stick by one another, RIP Uncle Barry we all miss you.

Roll on Snetterton where hopefully our luck will change