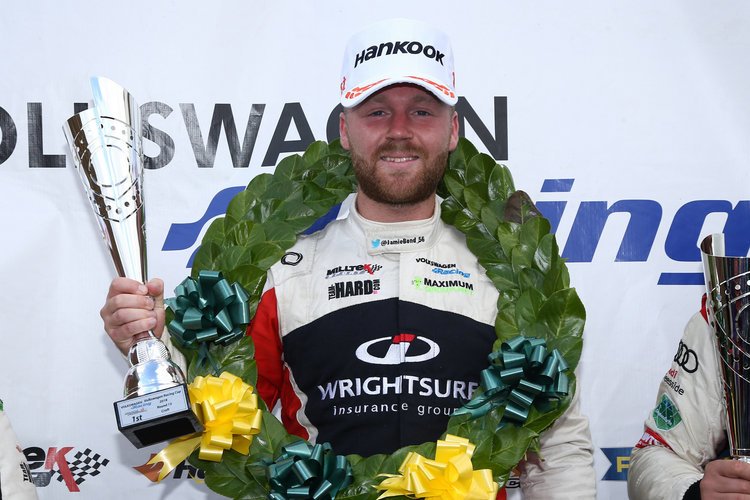 Bond won last year’s VW Cup title for Tony Gilham’s squad but will now move into the Clio Cup with it starting at this coming weekend’s third and fourth rounds of 2019 at Donington Park.

The 25-year-old, backed by Oakleaf Heating and Wrightsure Insurance, commented: “It’s been quite a late deal and my first run in the car will be during tomorrow’s (Thursday) two pre-event test sessions!

“I’m also respectful of the grid – the drivers on it are at the top of their game.

“A new championship and a new car… it is going to be a big learning curve but I’ve got high expectations of myself after what I’ve achieved before. As the season unfolds I’d certainly hope to be in the running for a couple of wins and podiums.”

Currently Team HARD leads the drivers’ standings with Max Coates and also the teams’ championship thanks to the efforts of its other drivers Jade Edwards and Ethan Hammerton.

Team HARD Principal Tony Gilham said: “We’re very excited that Jamie will be in a fourth car for us on the Clio Cup grid.

“He’s come up through our system having been involved in our scholarship in 2015 and then the VW Cup title with us last year. He’s also tested our British Touring Car Championship car and shown himself to be very capable – the BTCC is where he wants to be so this is a great shop window moment for him to show what he’s capable of in front of the live ITV cameras and very big race day crowds.”

This weekend’s two Clio Cup races take place on Sunday (28 Apr) at Donington and action from them will be shown during ITV4’s comprehensive live coverage of the day which also includes the latest rounds of the BTCC.