Carl on board for Knockhill adventure 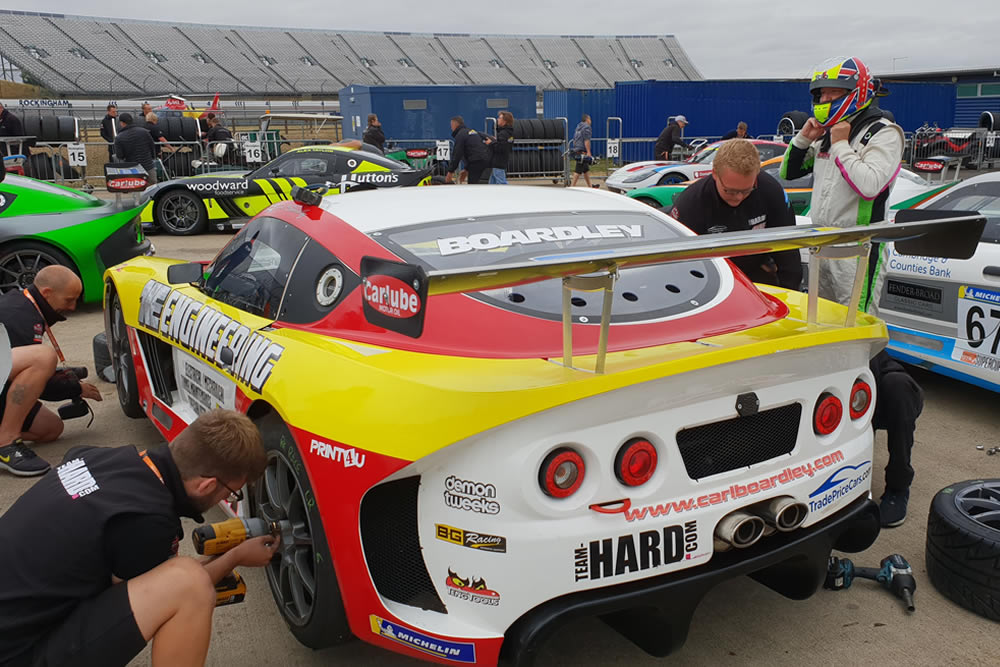 Suffolk racer Boardley, who is currently in second place in the Ginetta championship with five wins, will step into the car for the three rounds in Fife in place of ‘Cainey’. Caine has had to step down from the championship due to family commitments.

Boardley, 42, said he had a long interest in graduating to the BTCC. He said: “This is something that has been on my radar for a while. I came close to joining in 2013, but had to change plans due to a health issue.”

“I am looking at the championship as an option for 2019, and racing in Scotland will give be a good chance to see how the circus operates, how the cars feel and what the racing is like.”

“As a new entry I will be going with the mandated 45kg of success ballast in race one, which means it will be tough, but the Team HARD cars have been running strongly recently so there is a chance to score some points in races two and three.”

The boss (Tony Gilham) said that he regretted Caine’s decision to step down but was glad to help Boardley, who has been winning races for the team in the Ginetta GT4 Supercup to step up into the BTCC.

“Michael ‘Cainey’ Caine is such a charater and he is loved by everyone who is associated with Team HARD,” said Gilham. “He has been part of our team for a long time, and will continue to be so. We have had a great journey together in the BTCC and although it’s not been as competitive as we’d both hoped, there have been flashes of speed. It’s a shame that once we got the car competitive he’s had to step down. He hasn’t had a fair crack at it.”

Gilham said that he came close to securing Boardley to run in the BTCC at the start of this year, but the driver decided to switch to the Ginetta GT4 Supercup instead.

“We virtually had a deal done – and he even tested on a couple of occasions –  but the decision was taken to switch focus to Ginetta Supercup,” said Gilham. “Carl had wanted to step up to the BTCC for a long time.”

“Getting a toe-in-the-water at Knockhill will give him some experience in what is a highly competitive championship and it will all add to his knowledge ahead of a full campaign if he decides to do the BTCC in 2019. Carl set some very competative times at the Dunlop tyre test back in July and this is a great step for him to see what it is all about come race day. We expect him to be very competitive.”

The rules concerning driver changes for an entry were altered at the start of this season. Previously, a team was not allowed more than one driver change throughout the year to maintain the terms of its TOCA BTCC Licence to compete, but this was upped to two at the start of 2018.