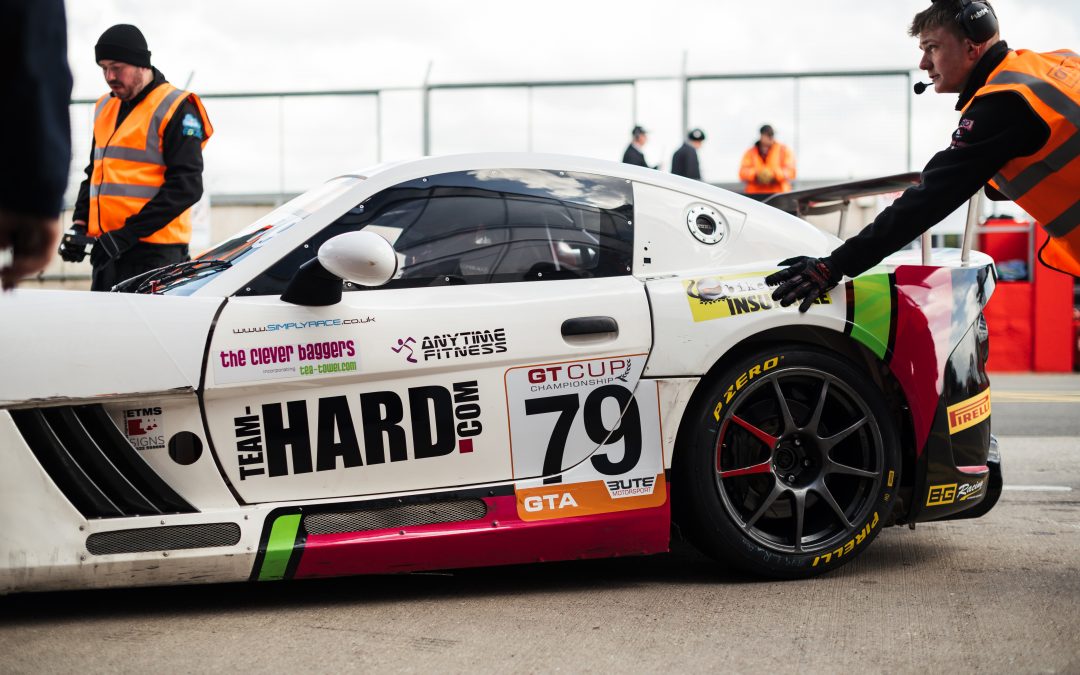 Former Volkswagen Racing Cup entrant Callum Jenkins will make his GT Cup debut at this weekends round held at Snetterton and joins Kris Prosser with Team HARD. Racing. Jenkins raced for the team in 2018 taking a top 4 finish in the Volkswagen Racing Cup on the famous Spa-Francorchamps circuit last term. Jenkins will be at the wheel of the #79 Ginetta G55 Supercup car that currently sits 4th in the championship standings after the opening round at Donington Park and will be in the GTA class.

Team HARD. Racing Managing Director Tony Gilham is pleased to see Callum back in the driving seat with the team. “Callum is a very likeable guy and I’m glad that we’ve been able to help him get back on the grid in 2019.

Callum had a strong season in 2018 driving one of our Volkswagen Golf Gti’s last season in a campaign that saw him get stronger and stronger as the season progressed.

This weekend will present a new challenge for Callum who will be mastering a rear-wheel drive race car for the first time. He has some fantastic teammates to learn off and I have full confidence that he can hit the ground running and help our championship charge.”

This is the first full season Team HARD. Racing has entered the GT Cup series. The team had a great debut three weeks ago at Donington Park taking all but one class win over the weekends racing. The opening weekends display demonstrated that the Ginetta is a proven package in the series.

Jenkins is looking forward to getting back behind the wheel of racing machinery this weekend. “I’m really excited to have the opportunity to be racing in the GT Cup with Team-HARD. Racing. I have aspired to do GT racing since I began racing and I am grateful for the support that the team has provided to progress me through the ranks to get me to this stage.

Taking over the #79 car is big shoes to fill after their clean sweep of wins at Donington but I’ve been doing all that I can to make sure I hit the ground running and carry on the team’s great form, it’s going to be a great weekend.”

Team HARD. Racing currently sit 4th and 6th in the overall standings after a solid debut weekend which yielded six wins and a further two podiums in the GTH and GTA classes of the series. The GT Cup championship is available to watch LIVE on Facebook and Youtube with two one-hour races taking place on both Saturday and Sunday (11th-12th May).