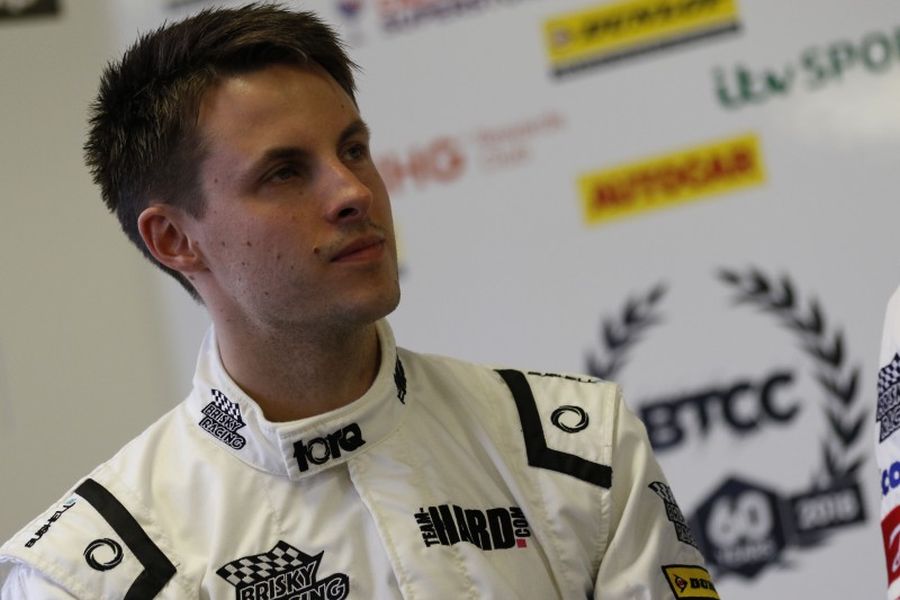 Mike Bushell is set to make his return to Team HARD. Racing as team mate to Jack Goff completing a very exciting partnership.

Mike, who was Team HARD. Racing’s top points scorer the last time he raced for the team in 2018 replaced Sam Tordoff for the final three rounds of the 2019 championship, putting in a string of solid top 10 results. Out of the driving seat for the majority of the 2019 season, Mike was able to demonstrate his engineering prowess as he guided Rory Butcher to his maiden Independents championship.

With a wealth of experience both in and out of the car, Mike is hoping to break onto the podium in 2020.

“I am looking forward to returning to Team HARD. Racing for the 2020 BTCC season so I can carry on with the great progress that was made during 2018.

Unfortunate circumstances meant that I was unable to take part in the 2019 season and instead I spent my time helping engineer Rory Butcher to the Independent Drivers Title. A short spell as a substitute for Sam Tordoff for the last 3 rounds in the Honda Civic re-kindled my desire to race.

With help from Fox Transport, I am able to return to the grid full time for 2020 and Team HARD. Racing can offer me a chance to be involved in the engineering side as well as driving. A year on the side-lines has helped with my technical understanding and I look forward to extracting the most out of the VW CC once again”

Tony Gilham, Managing Director of Team HARD. Racing is overjoyed to have what he sees as arguably one of the strongest pairings on the 2020 BTCC grid.

“First and foremost, I am delighted to bring Mike back into the team after a year away. We are good friends away from the track and it was a very difficult decision that we collectively had to make back in March.

I’m a firm believer that everything happens for a reason and to have Jack and Mike as a two-car pairing in 2020 is just fantastic. I’m sure many will join me in thinking that this is one of the strongest pairings that will grace the BTCC grid next season.

Mike has already been using his engineering prowess and experience from 2019 to push the VW CC’s on to the next level. They may have been around since 2013 but there is plenty of speed still to be unlocked and 2020 will see a vastly improved car!”

Jack Goff, Mike’s teammate for the 2020 BTCC campaign is looking forward to the challenge of racing alongside him in the same machinery.

“I’m really looking forward to working alongside Mike next season. He is a fast driver and has proven his speed over the years and we’ve had many on track battles during the 2018 season.

This motorsport business is a funny one. I replaced Mike in his car at the start of the 2019 season on the eve of media day which was tricky for everyone concerned for varying reasons. Mike then replaced Sam (Tordoff) at the end of 2019 which was actually my car from 2018 and now we are racing alongside each other. A small and crazy world indeed!

I believe 2020 is going to be another very competitive year, and I can’t wait to get started with Mike on our winter testing programme and to come out fighting.”

Mike burst back into the BTCC scene with Team HARD. Racing in 2018 after two years away from the series. On his return Mike scored a double top 10 finish which included a career best finish of 5th in a season which put Mike firmly on the BTCC map.