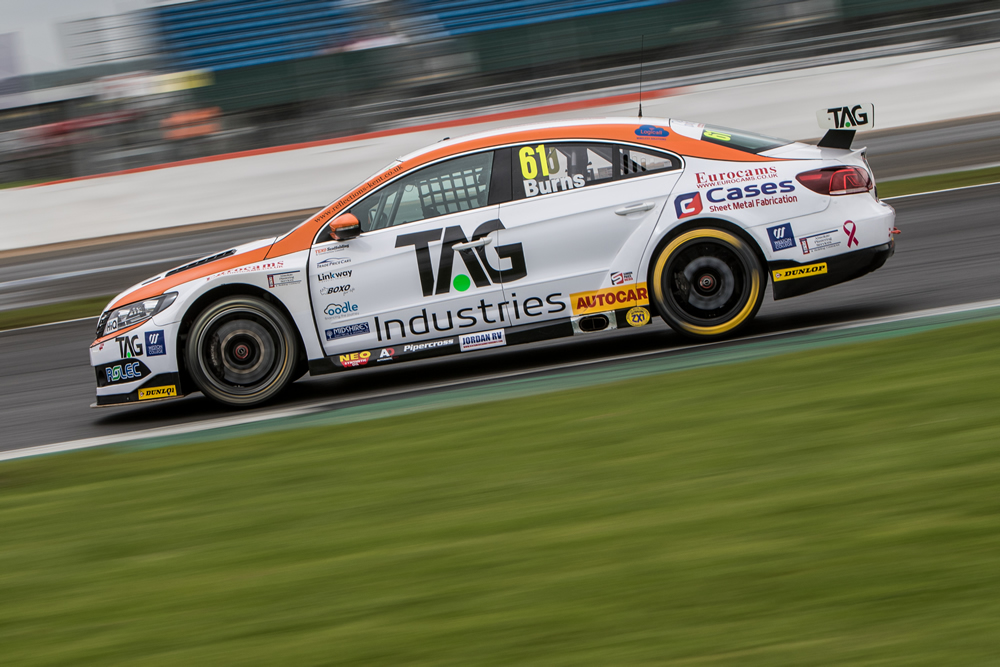 Will Burns has had to bring his 2017 Dunlop MSA British Touring Car Championship season to an early conclusion on medical grounds after suffering injuries during a massive incident at Silverstone last weekend (16/17 September).

During the opening race on Sunday, Burns was impressively battling on the cusp of the top twenty when he was collected heavily by the damaged car of Rob Collard, resulting in large contact to the front-right and then the rear of his Volkswagen CC.

After being taken to the circuit’s medical centre, Burns was airlifted to the University Hospital Coventry and Warwickshire for assessment, before being discharged later that afternoon with three fractured ribs and bruising to a lung.

With the doctor’s advising at least a month’s rest, Burns has made the difficult decision to withdraw from competing in this weekend’s season finale at Brands Hatch GP in his AutoAid/RCIB Insurance Racing machine.

Will Burns: “It’s disappointing not to be able to complete my maiden BTCC season at Brands Hatch this weekend, but withdrawing from the meeting is certainly the right decision to make in the circumstances.

“I want to say a huge thank you to the marshals who were the first on the scene at Silverstone, to the BTCC and Silverstone medical teams, and all the staff at the University Hospital Coventry and Warwickshire for all their fantastic help.

“I must also say a massive thank you to everyone who has sent their well wishes since the incident, the response has been truly overwhelming. I hope to be back in a race car soon as we begin to look ahead to the 2018 season.”