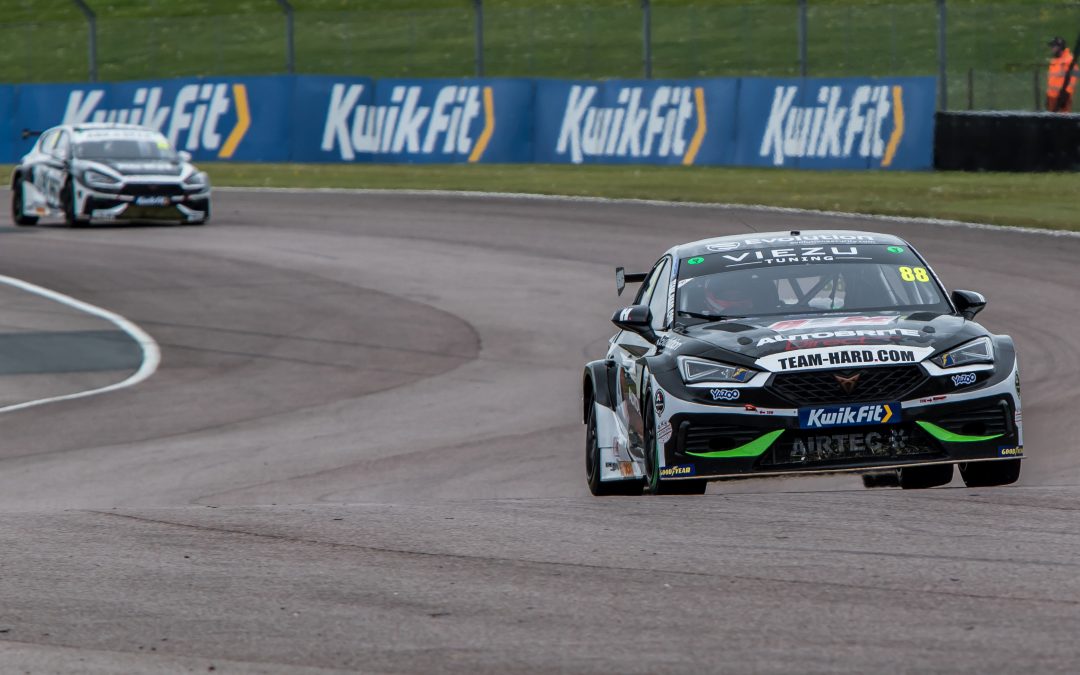 Jack Goff: “This was our first weekend in the brand new CUPRA and overall we’ve got to look at it as a massive positive. I came into this weekend wanting to finish all three races and pick up some points where we could, and we’ve achieved both of those things. This weekend was unfortunate for Glynn but obviously it is a massive testament to everyone at Team HARD. and Willie Poole for building a very safe and strong car.

“We have progressed the car every single session. A first weekend in a new car is never easy, let alone at Thruxton which I think shows up any issues with a car because its high speed, bumpy, has high braking zones, high speed corners and you’re on a harder tyre so you haven’t got as much grip to hide any faults with the car. Then throw into the mix that every time we got on track this weekend it has been different conditions. We had heavy rain in FP1, FP2 was a drying track on wets, in qualifying we started on wets, then went to slicks in the damp. Race 1 was our first time in the dry and driving the car on the hard tyre, and then we made changes for race 2 which were positive. Our pace was a lot better in race 2 and we almost ran a second between race 1 and 2 which was great. Then for race 3 it was wet again, everyone was on different tyres, it was dry in phases, then heavy rain, so overall it was a really tough weekend.

“However, the car ran faultlessly and we have managed to make improvements in every condition. We can come away from the weekend with our heads held high, but not getting ahead of ourselves. We are currently fighting in the top 10 and are sitting just on the outskirts for outright pace which is good for the first weekend in the car out of a 29-car grid. I think we need to find two tenths which is very achievable to get ourselves sitting comfortably within the top 10. To be battling works BMW’s and works Honda’s is a great achievement, I think everyone at Team HARD. should hold their heads high.

“I’m looking forward to getting together again and seeing what we can do at Snetterton. Until then, I’m going to be mainly renovating my new house, I’ve got some work which is nice as it feels like some sort of normality is coming back and then I will also be attending the HARD. mega day which is on the 26th May. I’m looking forward to seeing a lot of people there and hopefully some of you at Snetterton.” 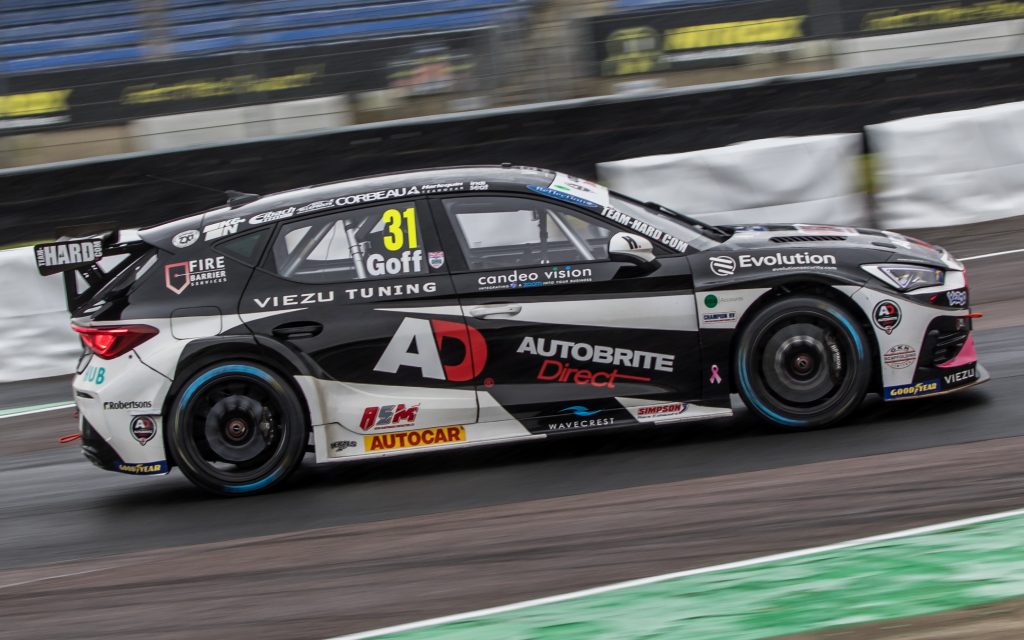 Aron-Taylor Smith: “For the CUPRA’s first weekend, every variable possible was thrown at it, from a new tyre compound on the hard tyre, to changeable conditions, to wet conditions, to even just running on wets for the first time, there were so many variables that needed to be overcome throughout the weekend and to be fair, everyone in the team took it in their stride.

“We made significant progress between race 1 and 2 and again from 2 to 3. For me, I’ve left there more confident than I’ve ever been in this team. This package, this new chassis, I know that everything has enormous potential and that it will challenge at the front. We are scraping at the surface of what it can achieve and already we are on the pace which is an enormous credit to everyone in the team, on the engineering and mechanical side and on the media side too.

“It’s also not lost on me that this is my first touring car and front wheel drive race weekend in 4 years and my first race weekend in over 12 months. For the team to have made me feel as comfortable as I am within the car, the crew and the race conditions is a credit again to the structure that both Tony and Jamie have built. It’s only the start, and I can already tell there is going to be a very successful future. I couldn’t be happier to come away with a few good races under my belt knowing that we have a lot of potential and now we will roll into Snetterton and hopefully be in an even better place.” 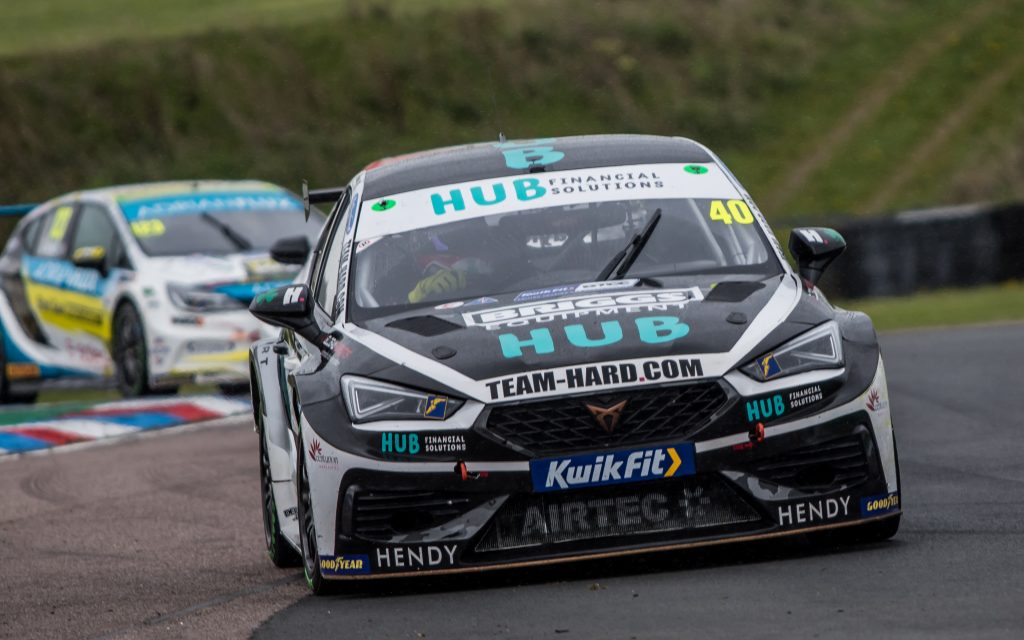 Nic Hamilton: “Today has been a decent day and a learning day. For race 1 we were in the mix, but we had a grass and overheating issue with the engine which meant I had to pit and ended up a couple of laps down. Then Race 2 was all about trying to develop the car to make it better and stronger. Thruxton is such as hard circuit, its high speed, you need to have a lot of confidence and belief in the car, and you need to know the car like the back of your hand. Obviously, this is a new car for us and the first time we’ve driven it in the dry, the wet and on hard tyres as well so there is still a lot to learn but the team have been fantastic, and I’d say the car has been pretty faultless with no issues which is great.

“Race 3 I would say was a strong race for me. We were on the wet tyre and we seemed like we had good pace in comparison to the other wet runners. The problem is that our car goes off after a good 3 or 4 laps and that’s the development that we need to make. We need to keep on top of it and understand why to keep us in the pocket. P17 for me from P22 is pretty decent, I’m happy to bring the car home in one piece considering its Thruxton which is generally a nightmare which was highlighted by some others peoples weekend. All round I had a good solid weekend.

“There’s a lot of work for me to do on my pace but I think this is going to be my worst weekend of the year and it was still not too bad so I’m going to keep pushing and we are going to get stronger. Between now and Snetterton, on the 26th May we have the mega day where I will be giving some passenger rides in my old school CC touring car from last year. I’m really excited to do that and have been wanting to take people out for a long time, so this will be a proud moment for me. I will also be doing some stuff for F1 e-sports and i’m going to Senegal for the next round of the extreme E race, supporting and representing Lewis’ X44 team before coming back to fight at Snetterton.” 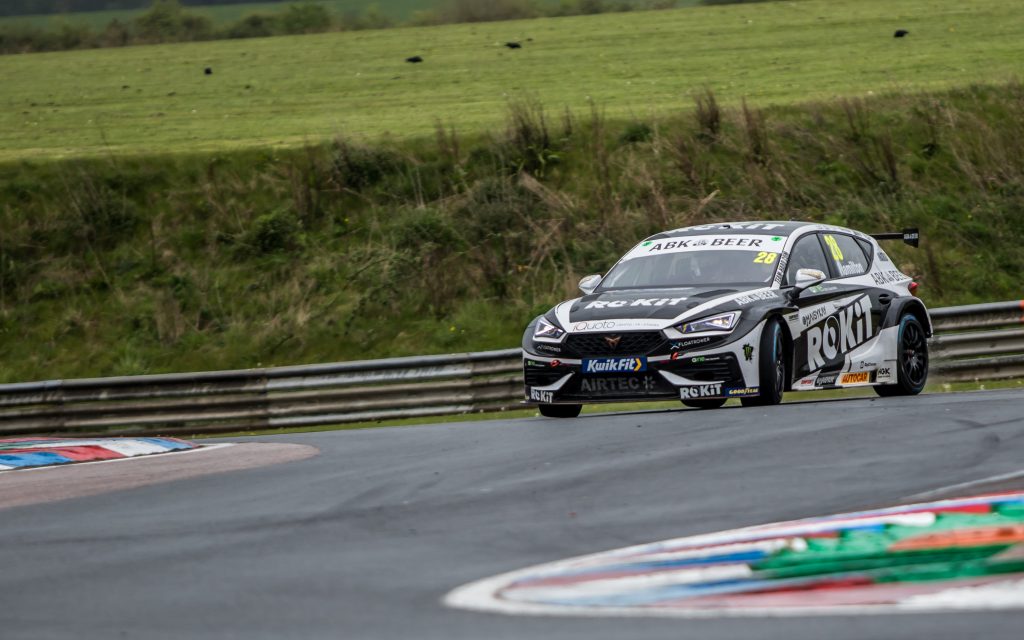 Glynn Geddie: “I’m back in the BTCC with a literal bang. That wasn’t the weekend we were after, especially seeing the potential that the other guys in the CUPRA were able to show on race day in both the wet and dry conditions. I’m really disappointed to have only really raced in race 1 which was basically a shakedown of the car after Saturday’s incident which also put us on the back foot.

“Race 1 was great. I made progress through the field which I was pleased about considering this race for me was all about finding balance in the car and we learnt that there was some work to do on the set up of the car after the race. For race 2 I was excited to move forward further and try and get into that final few points paying positions to reward my guys for re-building the front end of the car after Saturday but unfortunately, it seems that wasn’t meant to be. I was caught up in a three-car tangle down at turn 1 on the opening lap which has ruined the car. It was a case of the wrong place at the wrong time for me and I am just devastated for all the team as I know how much effort they have put into building these new CUPRA’s. It was one of those things I just couldn’t avoid but I’m OK, I did go to the medical centre for a few checks, but I was confirmed to be OK pretty soon after the accident which is a testament to the guys who have built a safe car and shown that touring cars is a super safe sport to participate in.

“For now, it’s back to the drawing board and back to Scotland for me. My season really starts at the next round at Snetterton where hopefully I will be able to come back stronger, complete more laps, get some points on the board and see a few of the fans there too.” 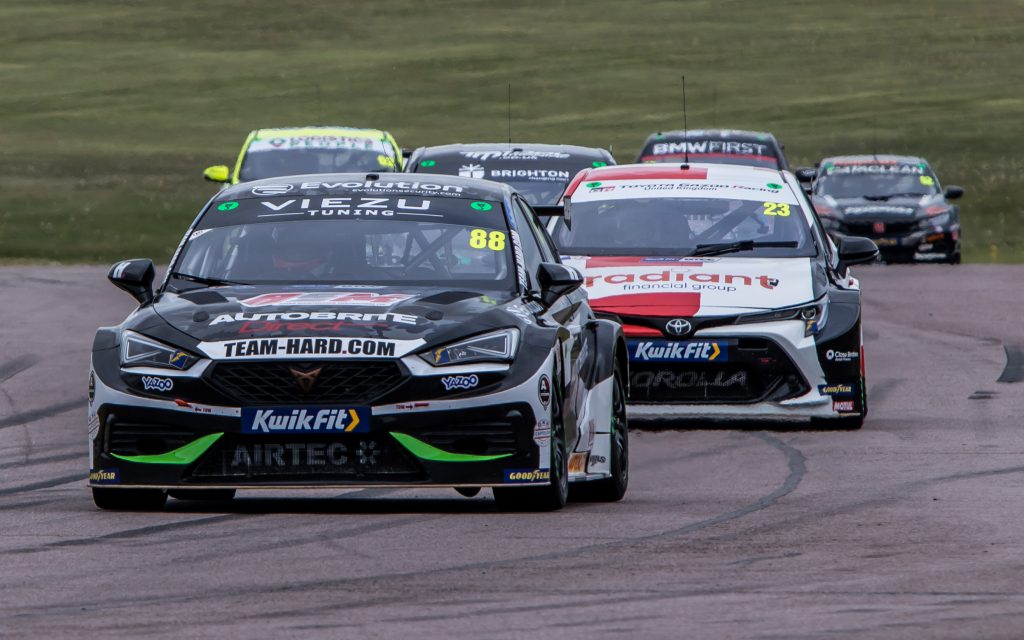