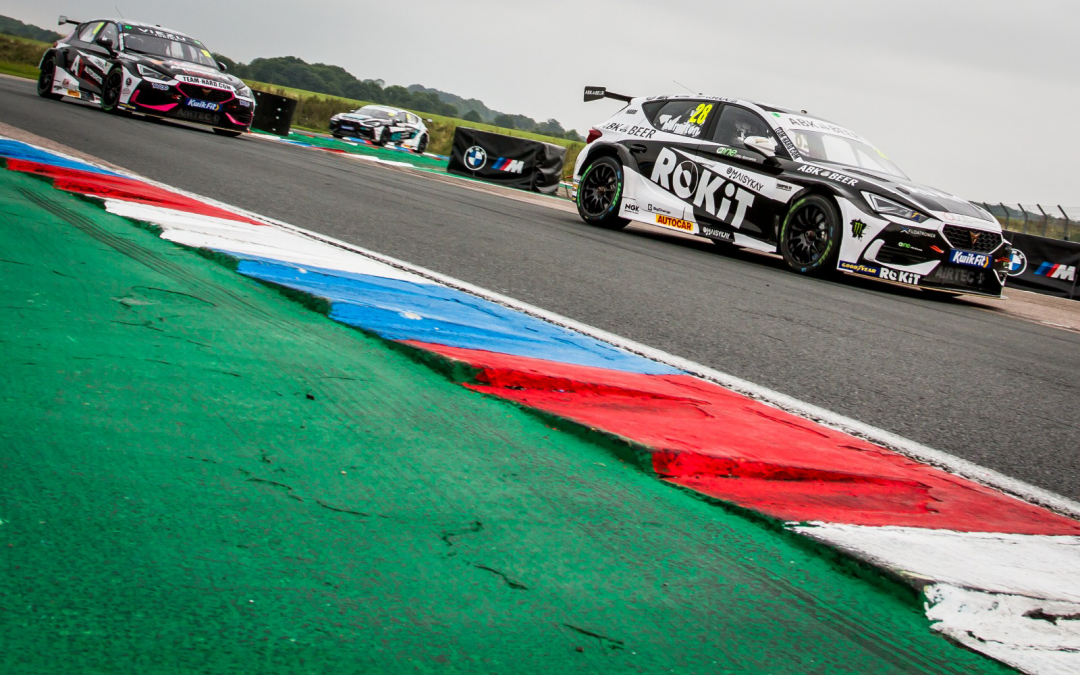 Nic Hamilton: “Today was a tough day. A really tough day for the team. We’re struggling with the car. Every time we come to a new circuit, even though we’ve been already to Thruxton this year we’re trying new things. There are some changes made that have worked and there’s some that haven’t but generally we seem to improve the car throughout the day.

“Race 3 was my strongest race of the day in terms of race pace. It was a bit stop start with the safety cars and it was quite messy where I was so there was a lot of avoiding action. However, I think race 3 for me was definitely my best race of the day and that’s something positive that I can take away with me. 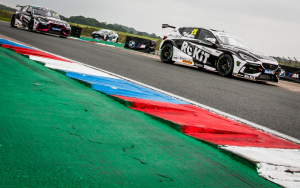 Aron Taylor-Smith: “It was a very very hard day today. Normally there are some positives as you make a bit of progress here and there however unfortunately we didn’t make a huge amount. At the end of the day a puncture in race 1 and drive shaft issue in race 2 isn’t what you want and when you’re racing against people who don’t have that much touring car experience, they don’t realise that you can’t lean against one another at 130MPH.

“Unfortunately, in race 3 I got caught up in an incident that shouldn’t have been an incident which put a lot of grass in the radiator. The final race was marginally better than the last, but we still haven’t unlocked what we need on this hard tyre. I think before we come back here, we’ll do a lot of testing on the hard just to figure out what does and doesn’t work. A nightmare of a day but at the same time we are going to croft where it’s a bit more of a generic circuit and we should perform better, so fingers crossed!” 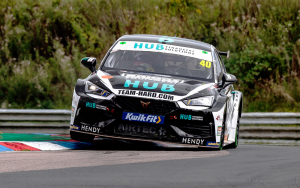 Jack Mitchell: “It wasn’t really the weekend I was looking for. It’s my first time here at Thruxton and I knew things would be difficult but as a team we all seemed to struggle on pace. We were racing at a low speed most of the time and it got to the point where we agreed that we needed to make some big changes, but they didn’t seem to fix our problems and only made our pace worse. Our pace got slower over the weekend but I’m glad we made the changes as we needed to try different things. We’ve still got a long way to go with the car and were still developing it at each track we go to but it’s going to be tough. I do feel like we can get there in the end though.” 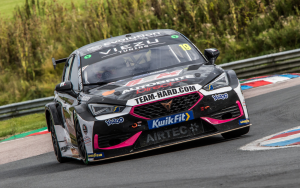 Jack Goff: “It’s been hard, really hard. Hard being the right word to use because the hard tyre I believe is what has really hurt us this weekend but if any positives have to come from this, then I feel that we improved during the last race. However, it’s too late when it’s the last race of the day and you start to find improvements.

“We’ve been working as hard as we can, changing the car drastically every single time we go out but we just haven’t been able to put our finger on the issue. Even in the last race we weren’t fast enough even though it was an improvement on the day and meant that we actually got the opportunity to race which was nice because in the first two races we weren’t really racing, we were just circulating a little bit. We’ll reset, we’ll go again and I do believe that getting back on the medium tyre will be a massive benefit to us”. 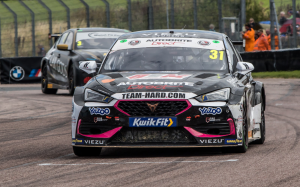 The next round of the KwikFit British Touring Car Championship takes place between the 18th and 19th of September at Croft circuit.