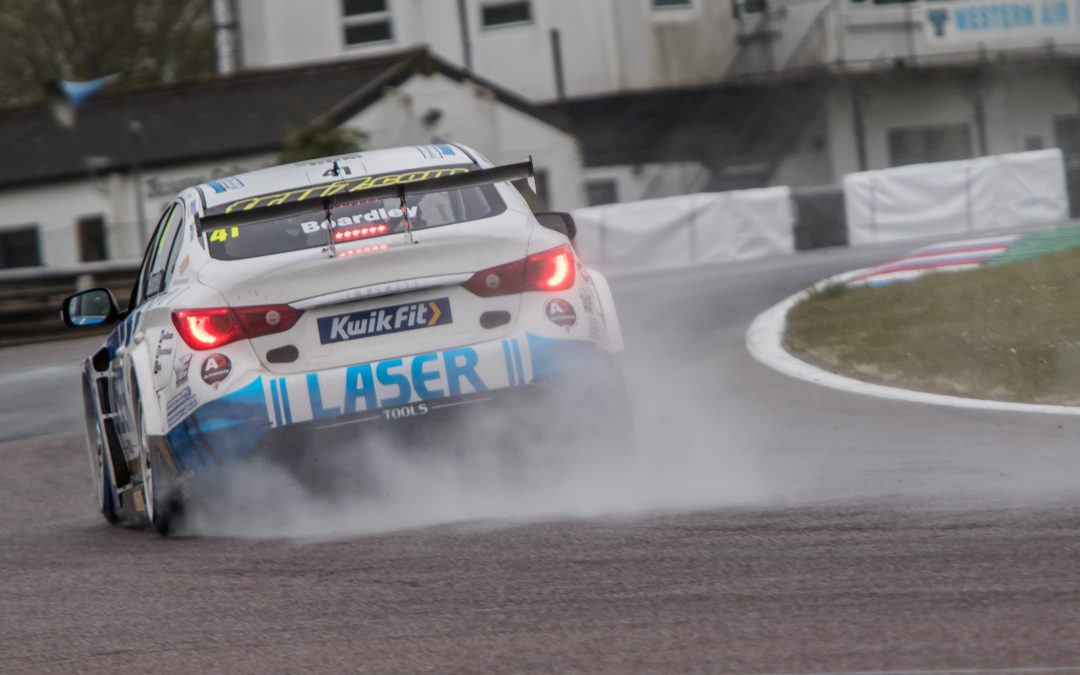 Ash Sutton: “Pre-season testing has allowed us to develop and move the car on for both conditions. Today we rolled the car out well in the wet conditions and were strong in both FP1 and FP2 topping the times in one and coming second in the other. Going into qualifying, I feel like we had a good balance. It was the first time we put a new tyre on the car which was a big step for us. It was a game of slicks. Across the three sets we put on of wets, we ended up quickest overall at the end on the wet tyre. We put slicks on with 12 minutes to go and got a nice bit of heat into them and then it was just making sure we were there for the end really.

“Track set is prime for the last lap and we crossed the line with about 30 seconds to go. It was a good day wrapped up. That’s the first day back in the seat and we are going to continue where we left of last year”. 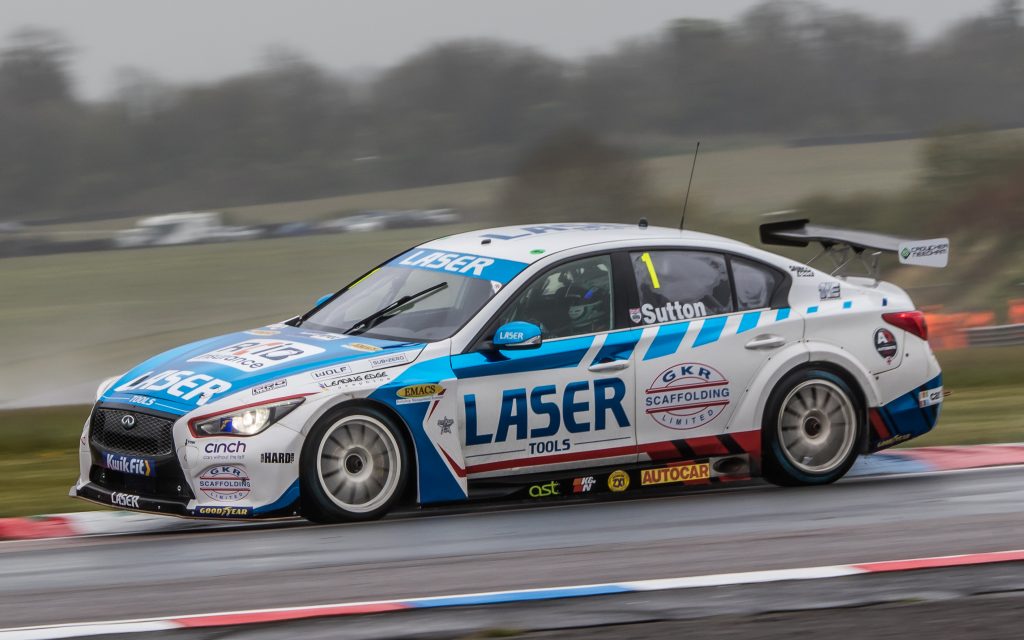 Carl Boardley: “The start of the day was cloudy, miserable weather and certainly changeable conditions. In FP1, we went out on an older set of wets just to get a feel for the car and the balance. Then we popped a new set on and went a little bit quicker and were fairly happy with the balance of the car. We went into FP2 with a similar sort of stance, but I didn’t want to go and throw another set of tyres at the car, so we ran with what we had. We were on used tyres knowing we could always put a new set on and find a bit of time which set us up well for qualifying but again it was changeable between slicks and wet, and we weren’t sure what we were going to do at this point. It was definitely to wet at the start of qualifying to go out on the hard compound slick tyre and try generate some heat”.

“For qualifying, we went out on an older set of wets to start with to put a benchmark down, then popped a new set on and did a one lap wonder, came in and parked for a bit, put some slicks on and it was just about trying to build as much tyre temp as we could throughout the rest of the session to hopefully get one or two decent clear laps which we just about managed to do. However, even the lap at the end was very skatey between turns 1and 2. The tyre didn’t quite get into the window it needed but it was enough to propel us up the grid and put’s us in decent stead for tomorrow’s race.

“All in all, considering we’ve never driven this car in any changeable conditions or the wet, I’m fairly happy with a P13 start tomorrow and it will be a case of getting some elbows out and trying to build on what we’ve done today rather than going backwards”. 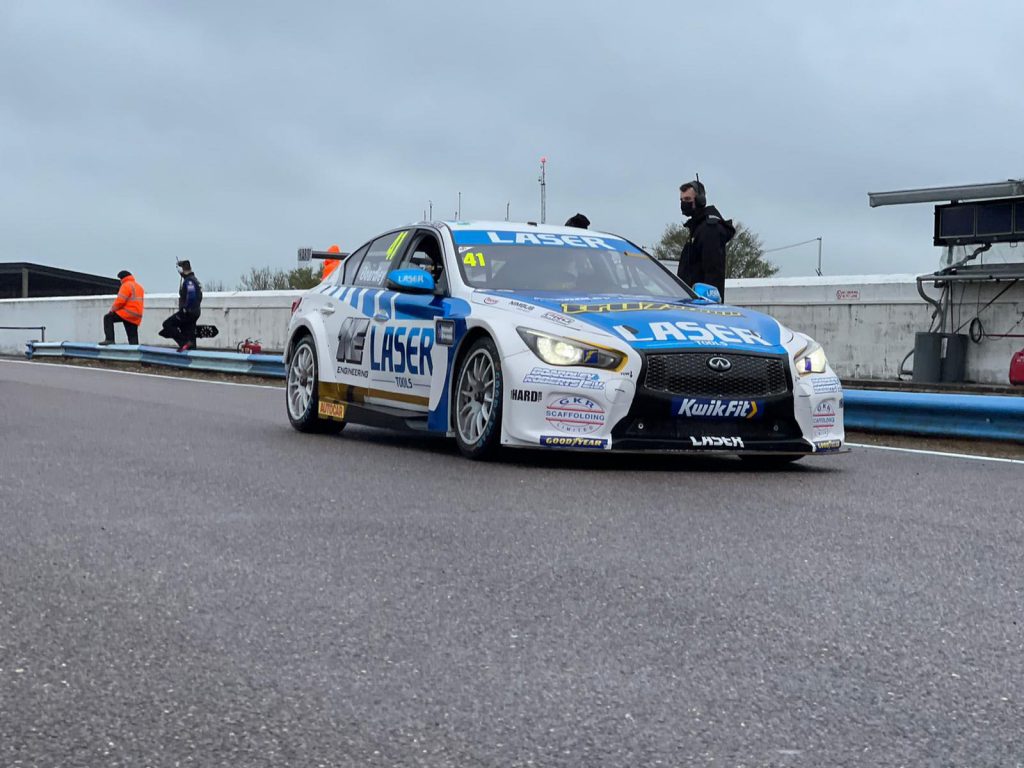 Jack Goff: “Today was our first ever time on the hard and wet tyre for us in the CUPRA. When you throw into the mix that it was the first ever time at Thruxton, you can see we really stepped into the unknown. We didn’t know what to expect. FP1 was very wet and we didn’t get the chance to run a new tyre so it wasn’t representative of where we should have been on the timing charts.

“FP2 was damp and greasy, I don’t even think we were in the window and that was our worst condition. Then qualifying again started off in that horrible greasy condition too. We did a banker lap on the wets and then we went to the slicks probably a little bit too late, but it was still spitting with rain at that point. I just felt like we needed to get another banker lap in on the wets before we went to the slicks which we did.

“Then, we changed to the slicks and it wasn’t a perfect session; there were yellow flags out so we lost a lap there, then in our best lap we got traffic into the final chicane and probably lost 3 or 4 temps. In the grand scheme of things, it probably would have put us 13th or 12th. We lost a couple of positions because of that.

“However, the car felt pretty good in the dry patches so I’m pretty confident going into race 1. But this is touring cars, so we don’t know until we get out there and get through the first lap or two. We will go from there really”. 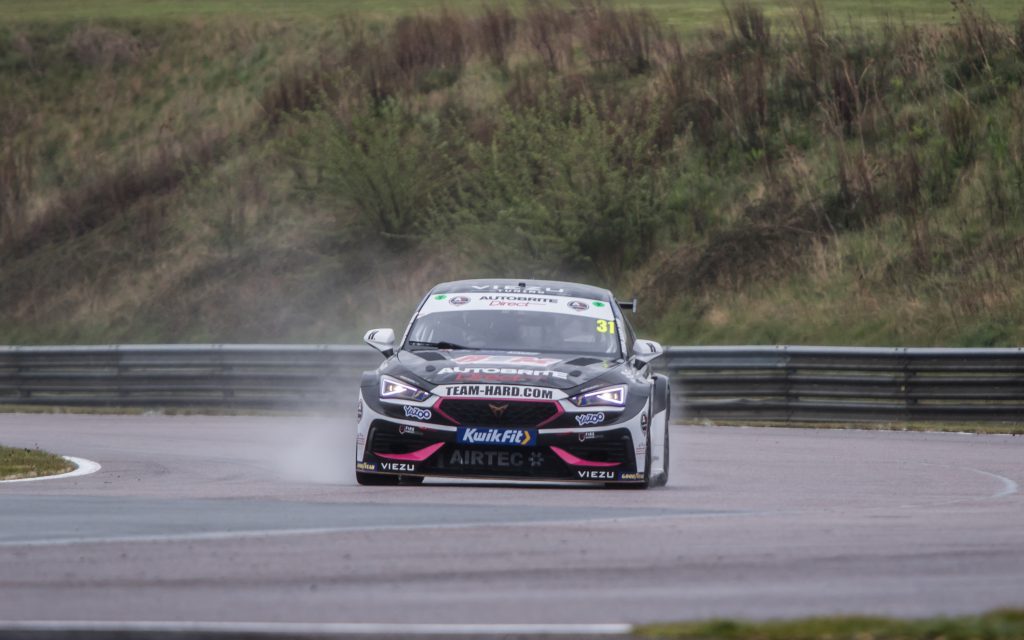 Aron Taylor-Smith: “Today was a tough day. When you look at it, every session had changing conditions. We’ve never put wets on the CUPRA so straight away we were wondering what it would do. In FP1, we thought we had a lot more potential to come, in FP2 we went slightly wrong but unfortunately in qualifying, we had a few gremlins creep in that really hurt us.

“There are positives. We got one timed lap on slicks which was good enough to put us where we were but was also massively faster than any other car on their first timed lap on slicks. The potential was there. As for the second time lap, even from a driver’s perspective, you know where the damp is, you know how much to push, there was probably another two seconds in it. All of a sudden, we would have gone from where we were to inside the top 10 and we would have felt like that was a good start. Unfortunately, we just didn’t show our potential. There were a few issues between a number of things, no one’s direct fault, but we know it won’t happen again.

“Tomorrow is a new day. It’s meant to be dry so that will help. I think we have to treat the weekend in reverse now. Rather than qualifying at the front, we just need to chip away at race 1, get onto the reverse grid from race 2 and go all out in race 3. The weekend isn’t ruined, it’s still salvageable, it’s not a problem and I think the car is capable. We just need a slight refinement to get the most out of it”. 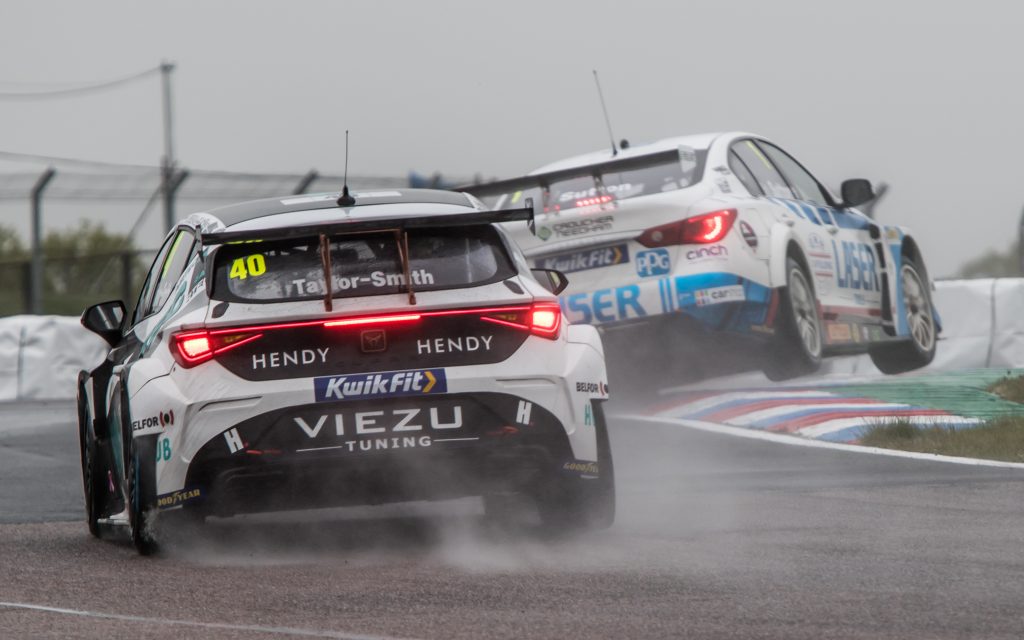 Glynn Geddie: “Overall, it has been a difficult day for me here at Thruxton. Unfortunately, the wet conditions caught me out in FP1 and I had a bit of a brush with the wall which meant I couldn’t participate in FP2. However, the guys did an amazing job to get the car ready for qualifying which we did manage to get out for so big kudos to the team.

“The session itself was a tricky one. Obviously missing most of the days running and not running the CUPRA in the wet or mixed conditions before meant today was a bit of a test session for us. We were practicing on the wet tyre before changing to the dry which we probably did a little bit late. It looks as though the guys who were near the front of the field were putting the dry tyre on a lot quicker and earlier than we did which was unfortunate.

“Overall, I’ve got to be optimistic that tomorrow we will move forward. The pace in Jack, Aron’s and Nic’s car over the course of the day seemed strong and we know that our dry pace from testing has been positive, roll on tomorrow. Let’s make amends.” 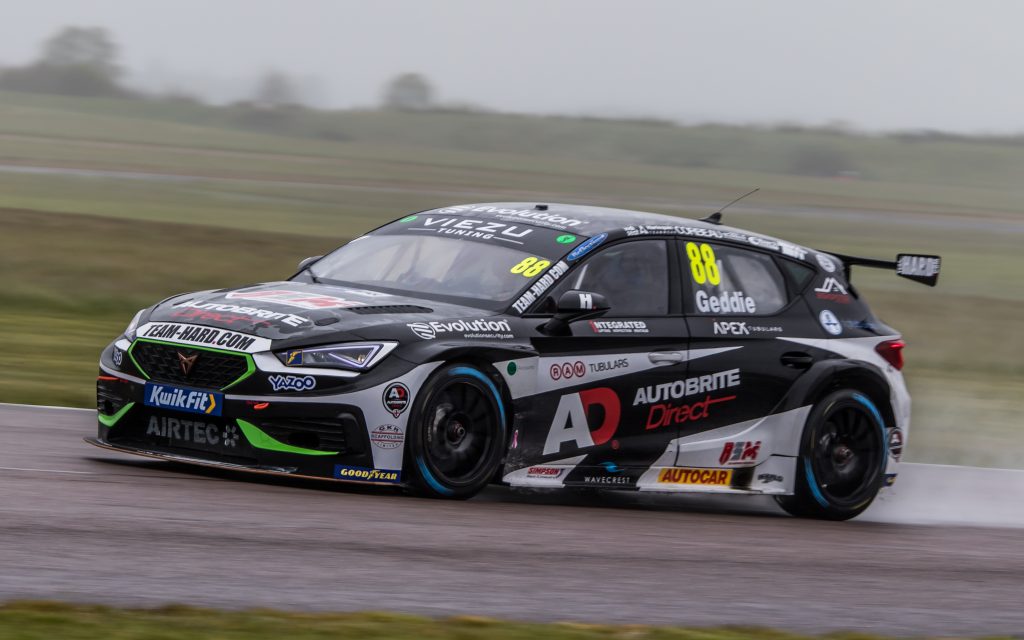