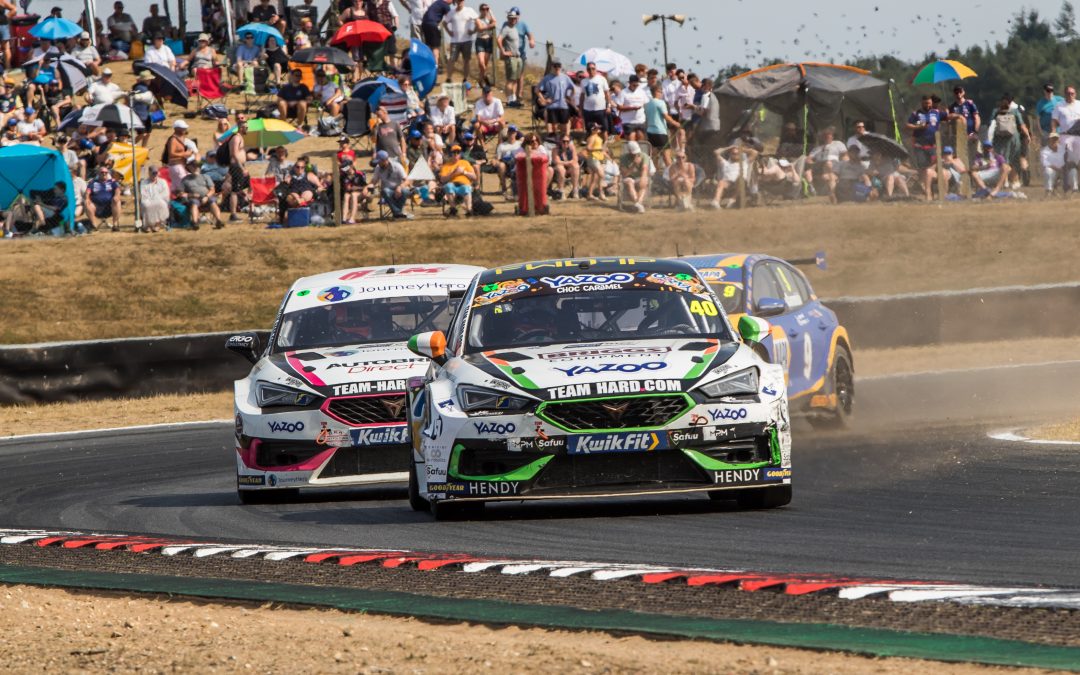 Bobby Thompson: “A mixed weekend but one that we can take some positives from. We scored two points finishes which is good, although overall it was a weekend of what could have been. We could have stayed with the pack in front of us but unfortunately, we got held up behind some slower cars which halted our progress.

“Due to the intense heat this weekend we really struggled to stop the car and our lack of engine power also hindered us. Through the twisty infield section we were as quick as anyone and really made up time, but as soon as we got to the back straights, we couldn’t stay with them.

“Taking that into account, we are happy that the fundamentals of the car and the balance of the chassis are working well, and we are maximising what we can at the moment.

“Overall, we got bullied a bit in Race 1 which really didn’t help our weekend as it pushed us back into the pack for Race 2, but we’ve learnt from it and come away relatively damage free. We’ve also scored some points so onto the next one! 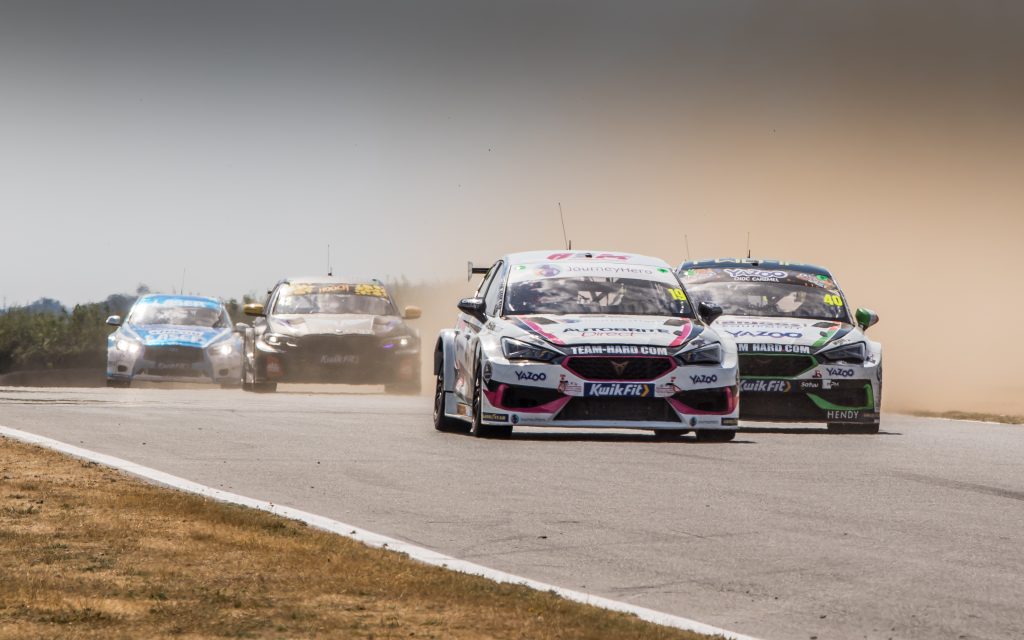 Aron Taylor-Smith: “The weekend showed some of the potential that we have in the Cupra Leon considering it was our best team qualifying of the season and my personal best for a while.

“The results don’t show the progress that was made, we’ve learnt a lot with some new inputs coming into the team which have enhanced the car.

“On race day I hoped to achieve more, but at the same time it was difficult to make up a huge amount of ground considering the conditions. Also it was a shame to miss the start of Race 3 with a component failure on our way to the grid.

“We have just two weeks until the next round at Thruxton and we have some new ideas that we will bring to the car to progress it further. We’ve made good gains with the car so far this season, and we will be hoping to continue unlocking the cars qualifying potential.” 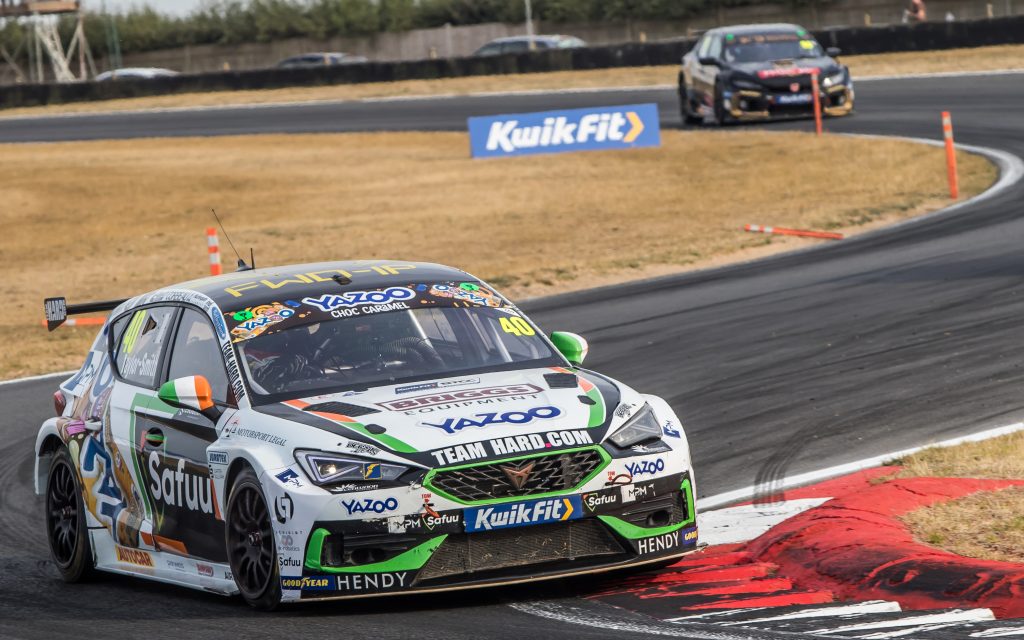 Nic Hamilton: “So unfortunately not the best of Sundays, as a team we were hoping for better results at Snetterton. We showed a lot of promise and generally this car is improving. I’ve got my servo brake that still needs adjusting. It’s the first time we’ve run a servo brake on a touring car, and we know we’re going to have a few issues at different circuits because different circuits have different characteristics.

“Race 1 was unfortunate for us, we were trying new brake pads which unfortunately didn’t last the race distance but that’s the whole point of testing. In Race 2 I had a collision with one of my team mates which you never want to happen! Will made a move on me, I tried to avoid him but unfortunately we made contact and suffered some damage. Then we were unable to start Race 3 due to a freak incident where the left front wheel fell off on the way to the grid.

“So, a weekend to forget! I think we struggled as a team which we need to all work on and improve as we go to Thruxton in 2 weeks’ time. Obviously we’ve been there this year for Media Day and Round 3 of the championship already. I achieved my best qualifying position and my best qualifying lap in a touring car there at the start of the year so I’m really excited to go back there and hopefully we can get some better results.” 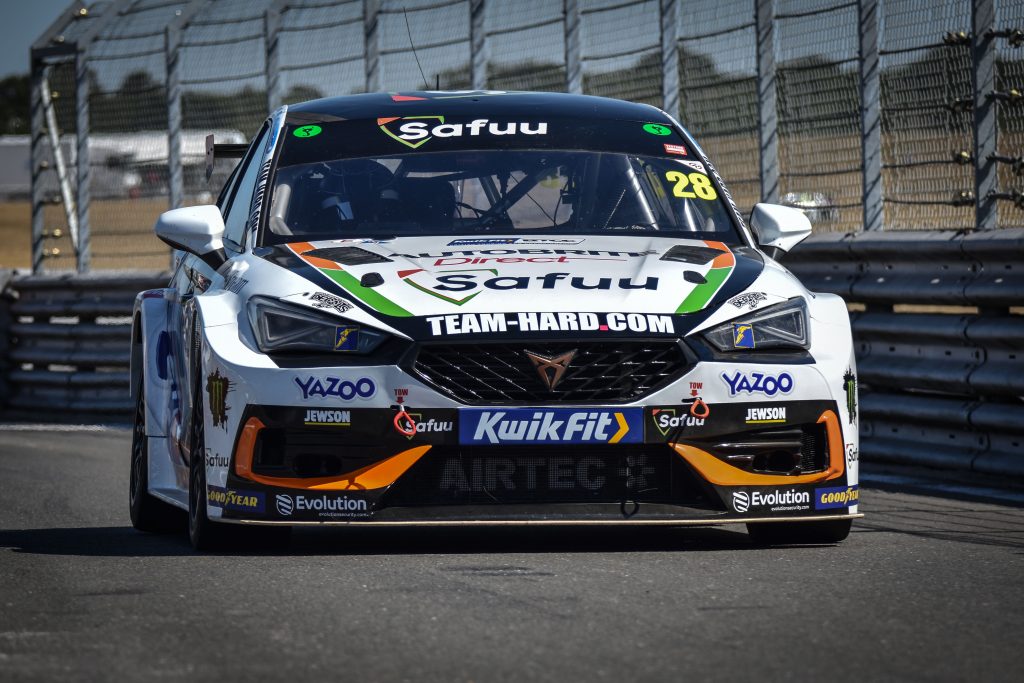 Rick Parfitt: “Following on from Knockhill, we continued to make huge progress, culminating in mega race pace in Race 2. Sadly like other teams, the heat caused us some issues resulting in a blown engine ending our weekend prematurely, but yet again lots of positives to take away and people are starting to see our true pace.” 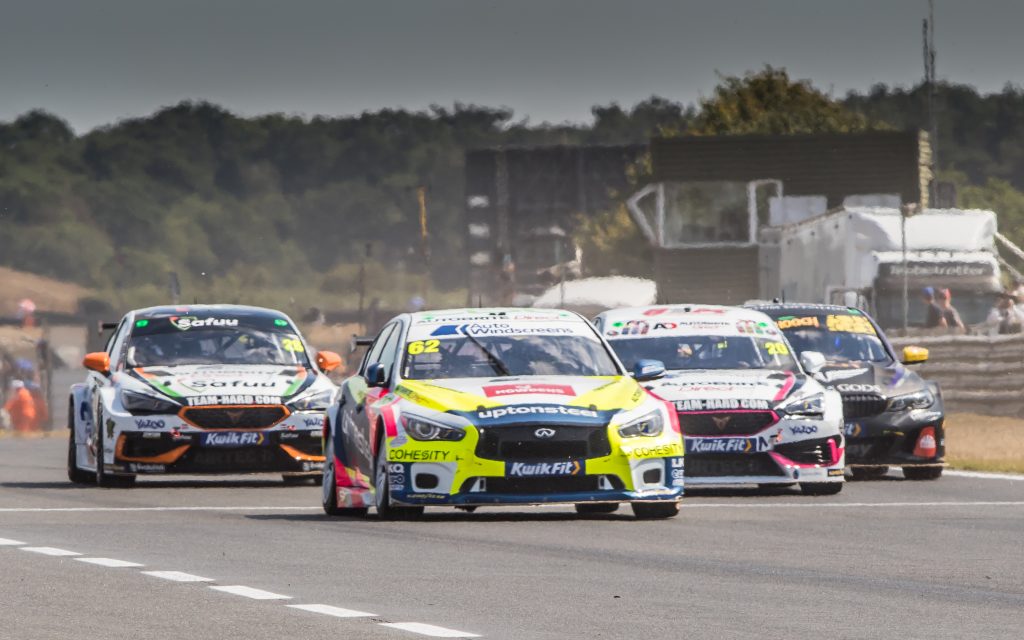 Will Powell: “We hoped for more from this weekend but for various reasons, it didn’t come together. Conditions were hard for everyone in the heat. There are positives to take as always so we will regroup and go again at Thruxton and try to end the season on a high.” 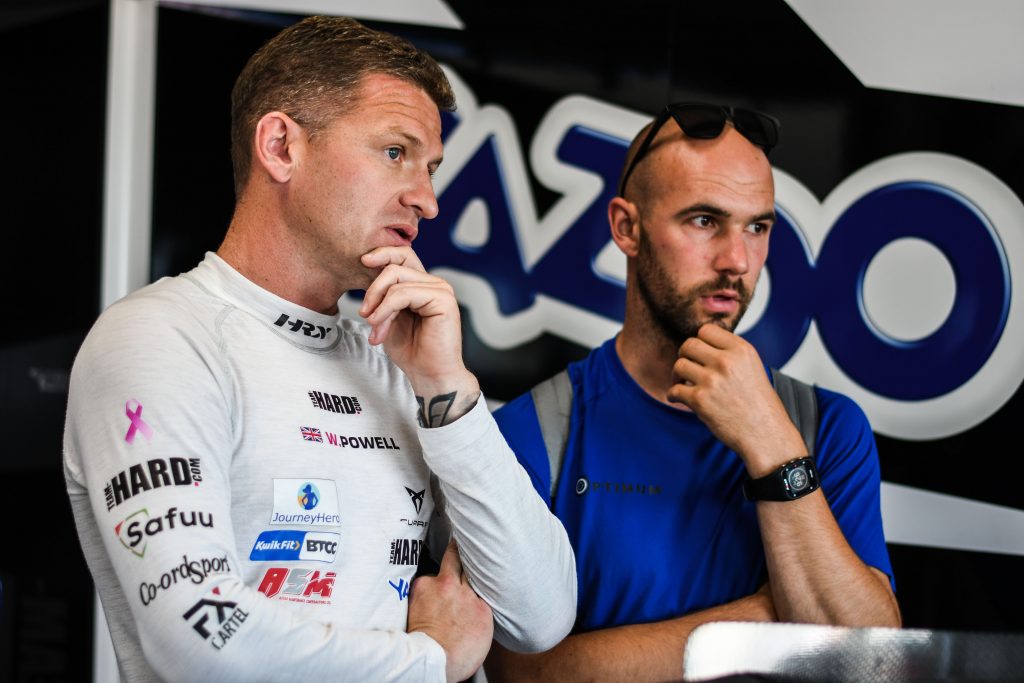 A difficult weekend for Will in the heat of Snetterton. Results: P25, DNF, P24 Photograph: Tim Glover