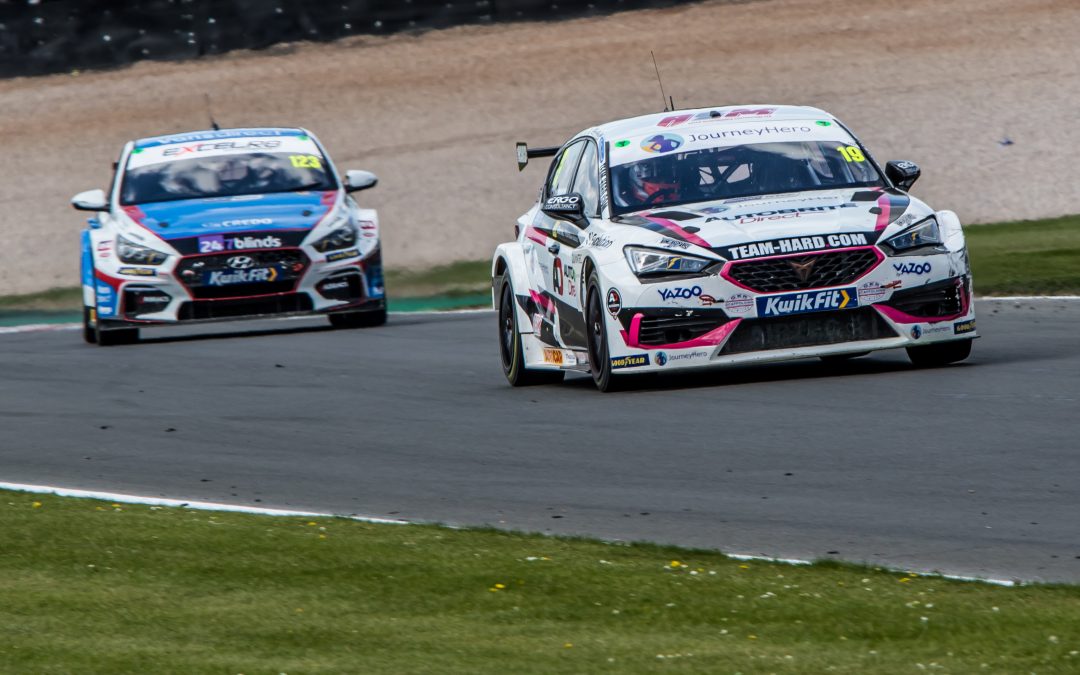 “I think that’s a proper base line for us for the whole year so now we know that’s where we should be, that 10th to 6th mark, roundabout there. If we exceed this, then we are laughing but any less then we have work to do.

“The hybrid was great. The second race I had it and my car was electric, you can just keep using it like it’s a free bit of boost. But race 3 when we went a little bit wrong on the setup or I’ve done something wrong in terms of driving it gets you out the problem and it gets you on the back of the boys in front of you. It’s a little safety button and I love it, it’s great. Now when you don’t use it you can’t believe how slow we used to go. When you’ve run out in a lap and you’re flat out it doesn’t feel anywhere near as fast.

“So yeah, I’m over the moon and it just shows from all of us how well the boys & girls have been doing over the winter on not just the cars but the team as a whole. A big thanks for them for helping make my return to the BTCC so memorable. Onwards and upwards!” 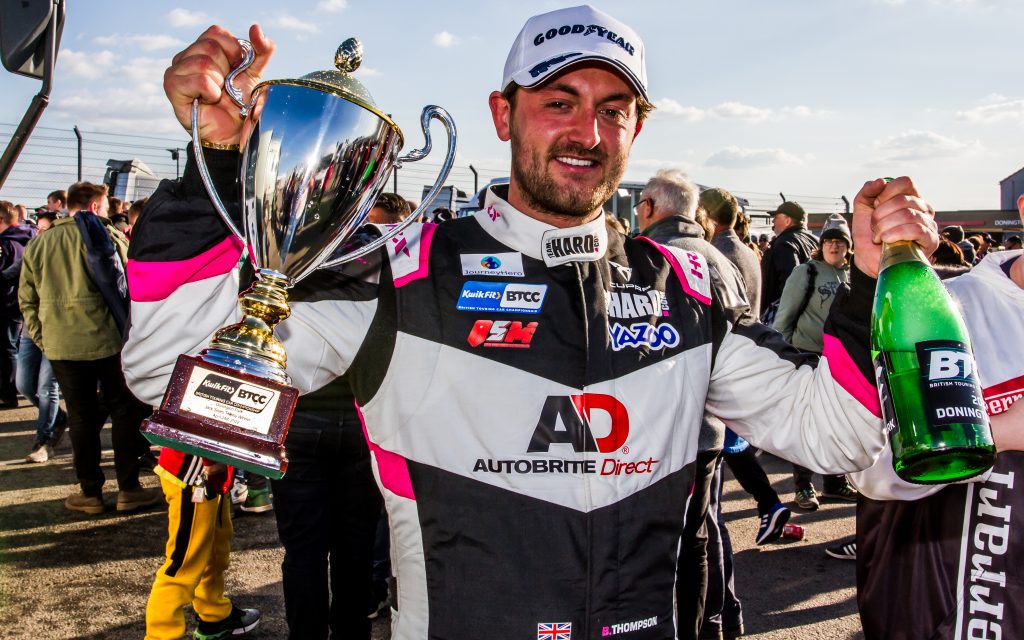 Aron Taylor-Smith: “Obviously the disappointment of yesterday we had a waste gate which had us on the back foot but at the same time we had the most successful weekend I’ve ever had in the CUPRA.

“Coming into today all the long running I’ve had prior to this weekend is five consecutive laps so I always thought this was going to be a hard weekend. So, to come out already ahead of what we achieved in an entire season last year is a huge step of encouragement.

“If you look at all the races, we were in the thick of it the whole time and it’s great to be able to get a gap and fight these guys. Last season the car would catch us, especially a Civic and they’d be gone. Now we’re able to stick with and beat the manufacturer backed Civic. We were able to stick with Jason in race 3 and beat him.

“It’s a huge credit to the base package and I know there’s more to come with me so that’s a nice feeling and I came into this weekend thinking this event could be equal to a decent weekend from last year. I’m chuffed that it’s already better than anything we achieved last year.

“I think today finally showed what the CUPRA is now capable of. Last year we had to figure out bits and bobs on it but now I feel like we have the right team behind us and what Tony, Sam, Jamie and everyone has done has transformed us from a team that was fighting to just get within the points to a team that can challenge at the front. 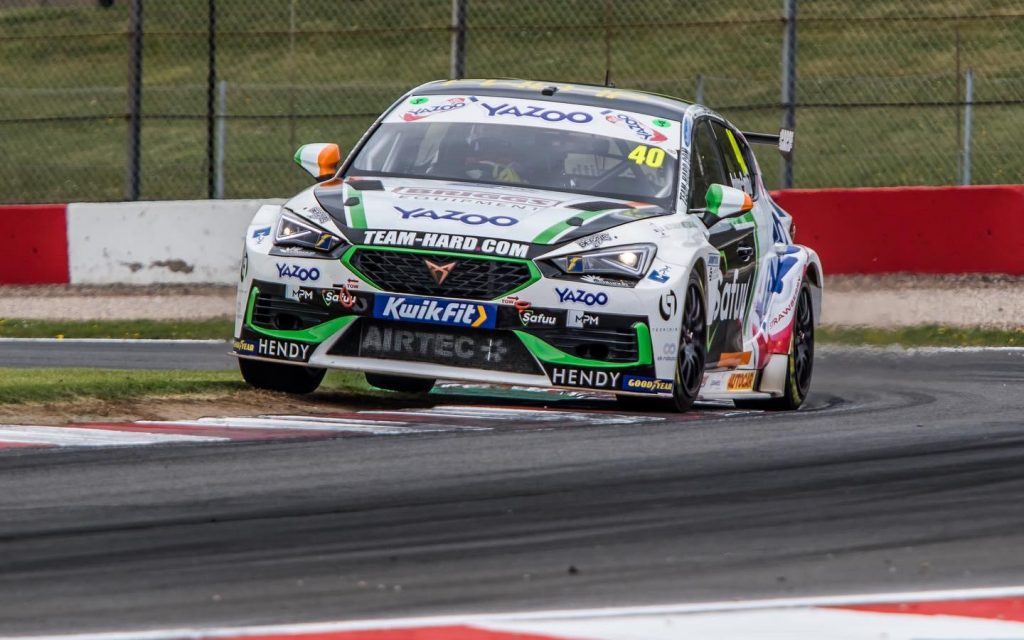 “We’re in the last garage currently and I can guarantee we won’t be there anymore which is nice for the team, from their perspective when they walk out of here it’s nice knowing it’s the last time we’re going to be at the back because now we have something that can challenge anyone. So, it’s the most excited I’ve ever felt, which is nice.

Nic Hamilton: “So today has been quite upsetting to be honest. I’ve been trying a lot of brake cylinder combinations to try and help me and the car physically. So, race 1 we tried one combination another for race 2 and race 3 another combination, we’re not really getting anywhere if I’m honest.

“We’re in a position at the moment where at the start of the race we’re really strong, stronger than we ever have been at the start of a race. I’m in the mix, I’m fighting well but as the pedals start to change and the pads start to go off so does my pace. For example, my leg starts to struggle and gets to a point where I’m practically paralyzed, from both right and left leg. So, I just need to figure out what is causing the pain initially but then also what I can do with the car to help me a bit more and give me a bit more assistance.

“So I’m really upset because I feel like I have the pace, the car has the pace for sure, the engine has the strength and the power to race with these guys because I proved it in the first 4/5 laps and then the only reason I drop off isn’t because I make mistakes or I struggle as a driver, it’s literally because I physically can’t stop the car anymore. Not for safety but just generally for competitiveness.

“It’s back to the drawing board for me but the problem is I don’t know where to start. We only have 3 weeks until Brands Hatch. Obviously, this is a hard braking circuit so here, Oulton Park and Croft I’d say are the biggest three. I don’t usually struggle as much but the fact that I struggle in the first place is physically, it upsets me because I’ll now get to a point where my condition is getting the better of what I want to do in life and that’s not what I’m about. I’ve just got to try and figure it out. But I’m always used to being on the back foot and I’m sure I’ll come back stronger at Brands Hatch. 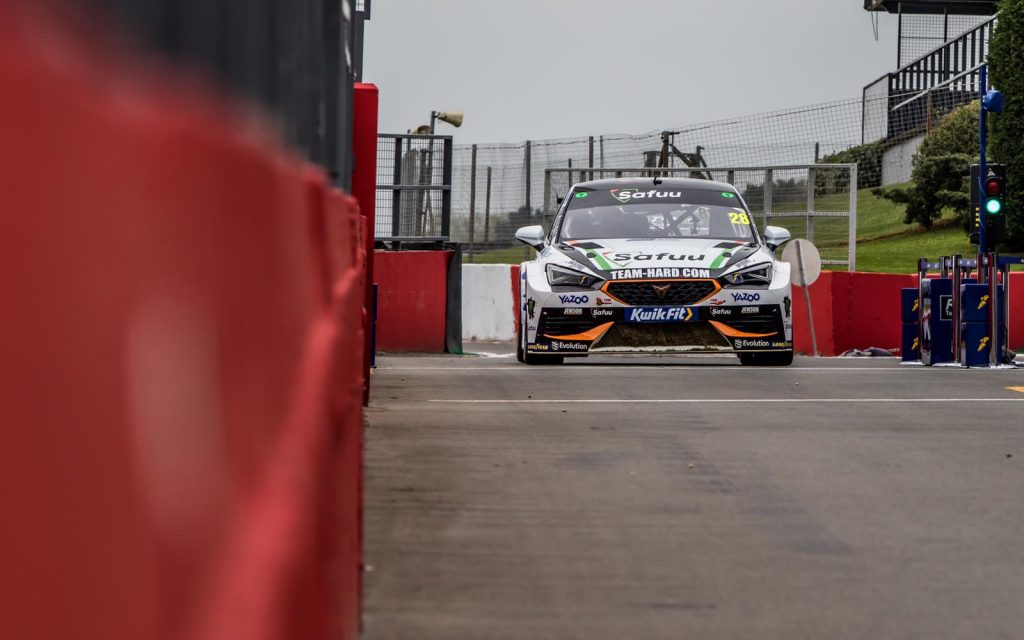 “The team have done a fantastic job and the cars have run faultlessly, hybrid has run faultlessly for us today so credit to the boys and girls at Team HARD. and I’m going to go home and try to figure out what I can do with this brake pedal and I’m going to work towards that top 15 because I really do think it’s possible this year.”

Rick Parfitt: “I always knew this weekend was going to be a baptism of fire as the first time I had gotten into the car was FP1. So, we were on the back foot all the time.

“We made amazing progress in setup and obviously I found a bit of speed, but it highlighted how far behind we are currently, and we have a lot of hard work ahead. You know me though and I’m going to remain positive and go again in a few weeks’ time at Brands Hatch.” 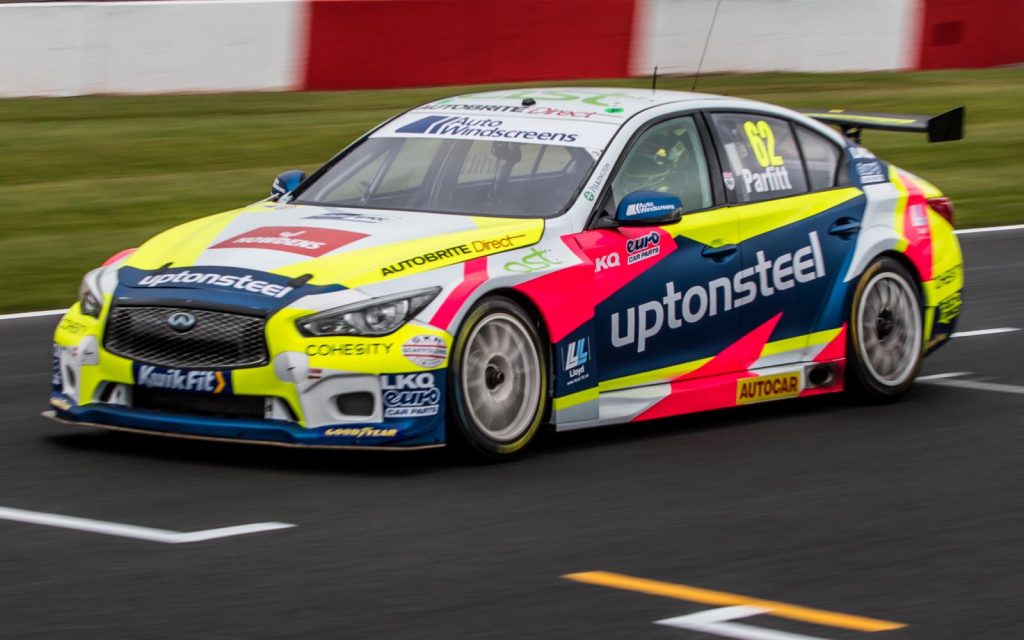 Rick finished P21, & P25 but missed the second race of the day with a wheel component failure.