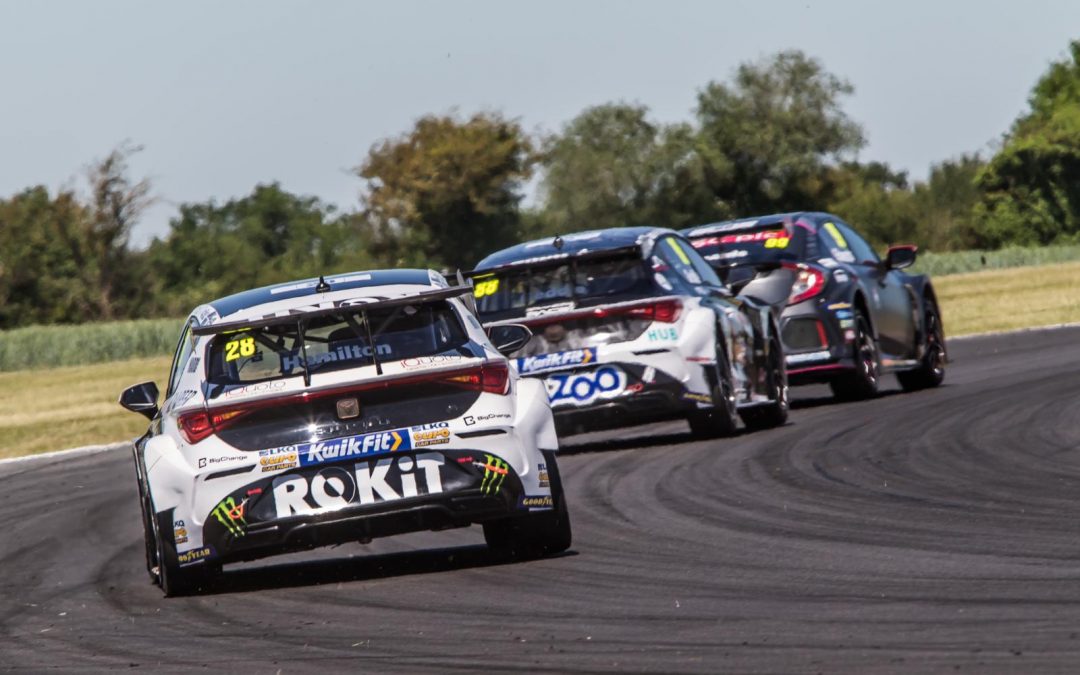 Hear what our four CUPRA drivers had to say about their overall successful weekend at Snetterton for round 2 of the Kwik Fit British Touring Car Championship.

Nic Hamilton: “Today has been a tough one but with a lot of positives to take from it. Race 1 was OK, we just seemed to struggle for overall race pace but we were developing the car as it went through the day so were trying a few new things and I finished the race which was good. We were on the soft tyre for the first race and our pace was comparable to the guys around us which was great.

“For race 2 we changed something, and the car wasn’t as good as it was for race 1. We were on the medium tyre and I just tried to stay with it which we did however, we were still lacking the overall pace that I would like.

“I would say race 3 was the best race start I’ve done in a long time, gaining 5 places on the first lap and running with them really well. It got to lap 3 and 4 and it was as if the car just went off, everyone else seemed to continue the same pace and unfortunately, I dropped down a good second a lap or so and dropped away from the field. Then from there I was over defending and had a little spin into Agostini and that was pretty much the end of the race.

“Despite that, race 3 is positive to look at, especially the first 3 or 4 laps. We’ve got to go back to the drawing board and understand how we can keep the car alive after the first 4 laps and then we’ll be laughing.” 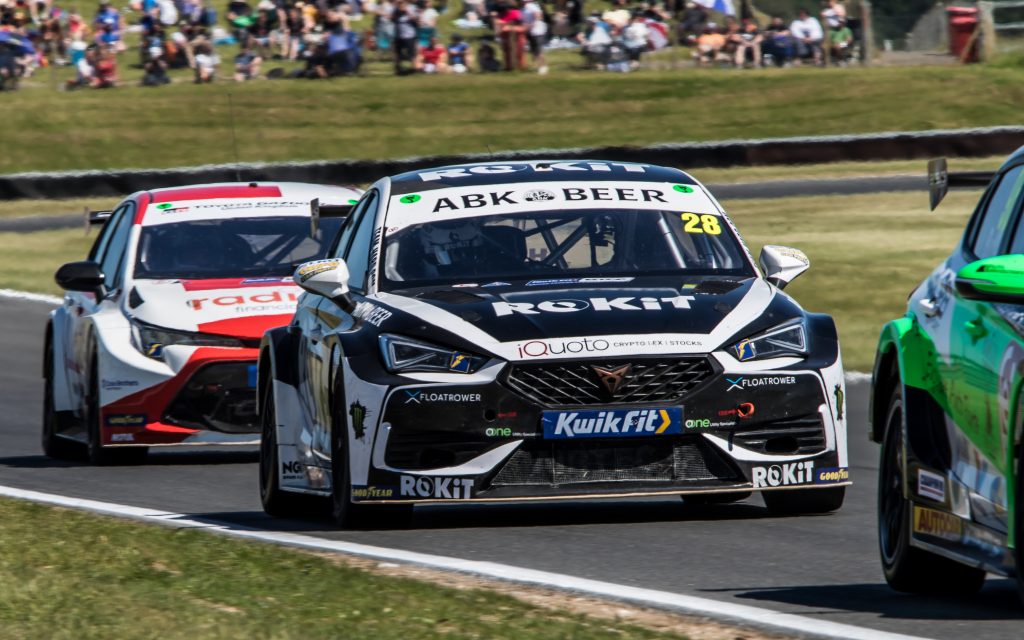 Jack Goff: “In race 1 I went from P13 to P12 which was OK. It was the first race I’d done on medium tyres so I was stepping into the unknown once again but the car balance wasn’t amazing and we struggled a little bit on outright pace.

“Then going into race 2 we made some changes and the car was much better. It was our first race on the softs so again it was a step into the unknown. Then for race 3 we went back onto the medium tyres again. In that race I had contact and dropped to around 13thor 14th on the grid but slowly started to make my way back through the pack again and got back to P9.

“It’s a testament to everybody at the team really because this is the second weekend that we have finished in the points for all 3 races. So far that’s 6 races, 6 points finishes and 3 top tens. I think everybody should be pretty proud of that, we can work from there and keep pushing on. Next time were on mediums we will know what to expect and I can’t wait to go again. 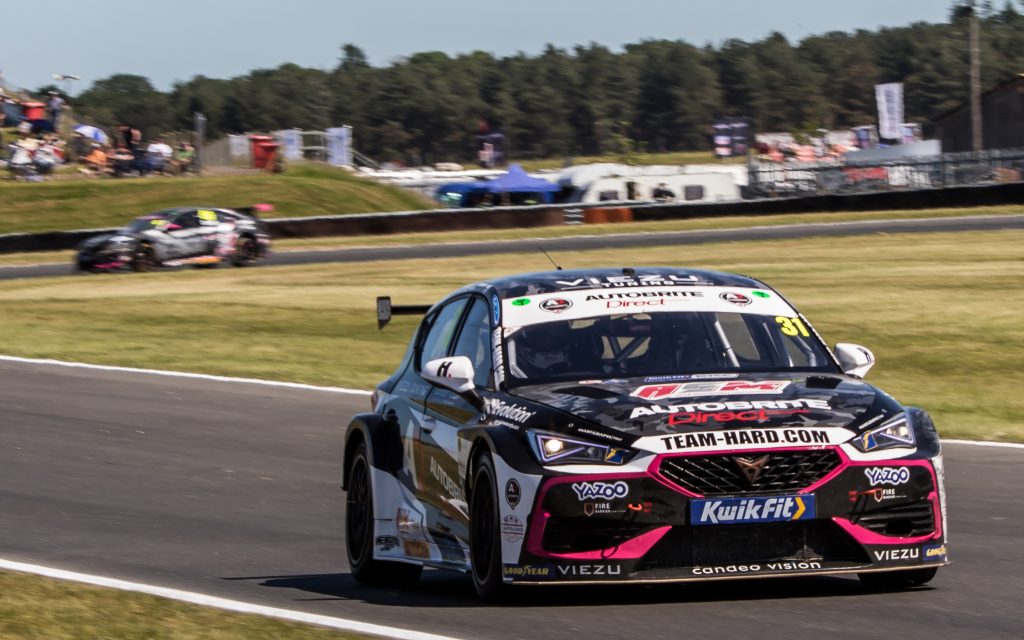 Glynn Geddie: “I’m not sure when my luck is going to change. Unfortunately, when you start near the back which I had to due to the fuel issue during qualifying, you always end up getting caught up in two or three incidents on a weekend and that’s what ended up happening to my challenge today.

“Race 1 was OK. I made steady progress up the field but again, this isn’t where I want to be. For race 2 I was starting from that higher position and I was thinking that it would be my chance to get into the points like Jack and Aron managed to achieve today, but unfortunately someone a little to keen on the breaks ended up hitting into the back rear corner of my car, breaking the acryonm plate and that ruined my race. I then had to head back to the pits for a DNF.

“In the final race of the day I managed to show some of my pace and kept my nose clean. It was good to come home in P22. Again, this is not what we’re after and we can see that there is pace in the car but unfortunately, I’ve had limited running due to various incidents out of my control. Fingers crossed for Brands Hatch that I can have a clean weekend, get lots of running and utilise the knowledge from the other guys to elevate us further up the field.” 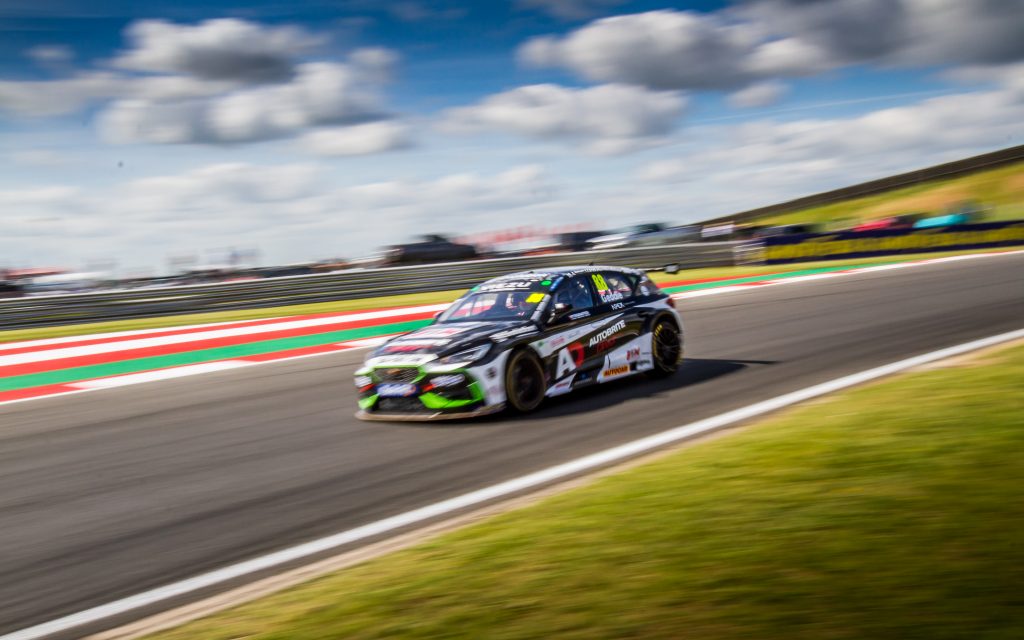 Aron Taylor-Smith: “This weekend reminded me of the ups and downs of what British Touring Cars are. In race 1 and 2 we picked up battle scars from other cars who were unfortunately being a little bit more robust than what I’m used to. There was a bit of damage here and there which hampered our performance and our rate of progress in both races. The damage that was sustained is a lot of hard work for the team; it was almost a whole new front end, a new cooling package, new everything that needed to go on the car in such a short turn around. For the team to get the car back out again for race 3 is impressive, but we still had just a little slight hangover issue which is to be expected when everything was such a rush.

“All I can say is everyone within Team HARD. is doing an exceptional job. This is all brand-new and that’s how it needs to be approached. It’s a brand new team, brand new kit, brand new cars, brand new staff and being a new driver myself it’s a lot of work but they are taking it in their stride, and this is only the start. If these weekends are the worst weekends that the team have to endure for the year, I think we’re going to be in a good place.” 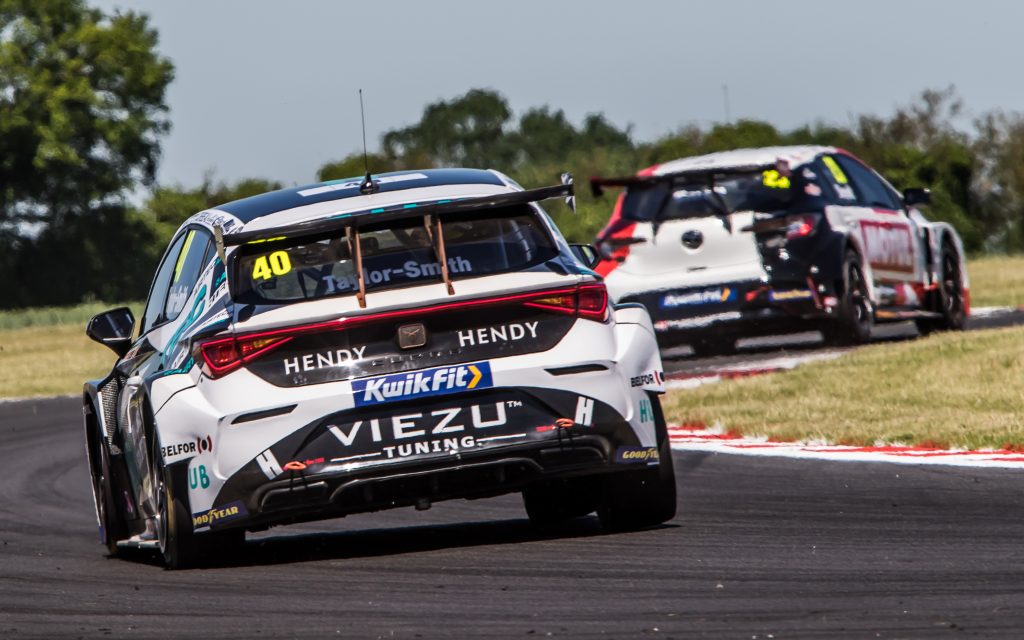 The BTCC continues in two weeks’ time at Brands Hatch for round 3 of the championship.