Bobby Thompson: “I tell you what, today was an annoying day. It’s still really positive, the race pace is good again, it’s similar to Brands Hatch and we know we can convert it into podiums and lots of points but it’s just frustrating we can’t make that jump from practice to qualifying. I found three tenths and I’ll admit I probably dropped a few tenths myself but honestly, I can’t see a mid-1:15 like some of these other lads are pulling out in qualifying. We think we might have an idea as to why but unfortunately that is out of our control.

“We’ll just keep doing what we always do and keep chipping away race by race and bag lots of points.” 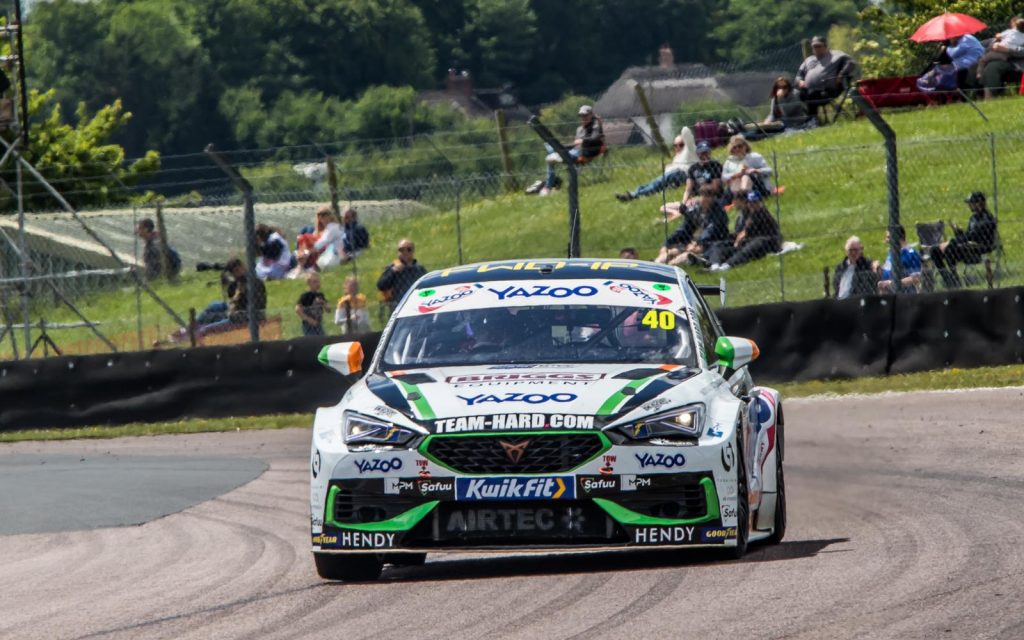 Aron Taylor-Smith: “Productive day when you really look at it. From FP1 to qualifying we found two seconds so credit to the team for working away on the car and improving it the way they did.

“To be honest we were probably a session behind from were we needed to be because of the drastic changes we had to make but at the same time the end result doesn’t justify the work put in and the time found. Realistically the top 15 was just within our reach but we just don’t have the performance at the moment compared to some of the other engine packages in the top 10 and what they are able to do in qualifying.

That does change on race day though and we have a fighting chance tomorrow and go into it pretty optimistic that we can score a good haul of points tomorrow and get up the field.” 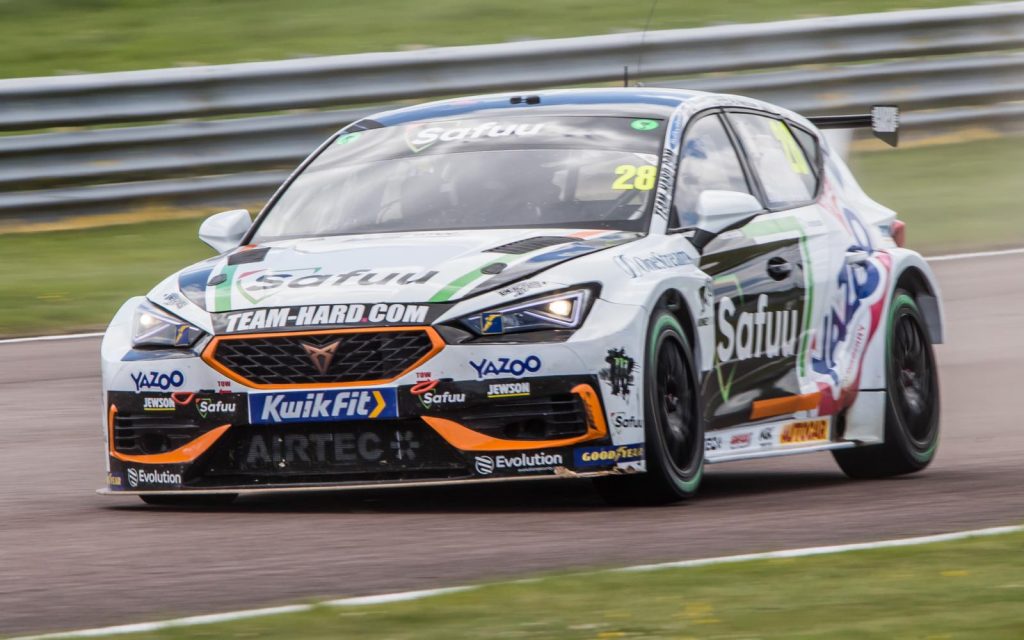 Nic Hamilton: “This is probably the best qualifying I have had in a long time. There are a lot of personal reasons why. Firstly, Thruxton is a tough circuit for me, I had a huge accident here in Clios in 2011 and it’s always held a shadow over me, and I’ve never really had the confidence here and that is vital around such a fast track.

“I’ve done a lot of pre-season work mentally in the build up to this weekend and I put that into practice and I managed to find 1.5 seconds from FP1 this morning to qualifying and I now feel really comfortable in the car. The car felt great, and I’ve gone the fastest I’ve ever gone around here with a 1:16.9.

“What’s funny is that I made a bet with my engineer that he would buy me an ice-cream if I went quicker then a 1:17.7 and I did that on my first lap so it’s safe to say he owes me one!

“I start P25 tomorrow but to be honest the starting position is something I didn’t really care about, it’s the time that we found that I am happy about.  We will go with the pack in front of us tomorrow, learn a lot and continue to develop with my new brake pedal. Things at the moment are going from strength to strength.” 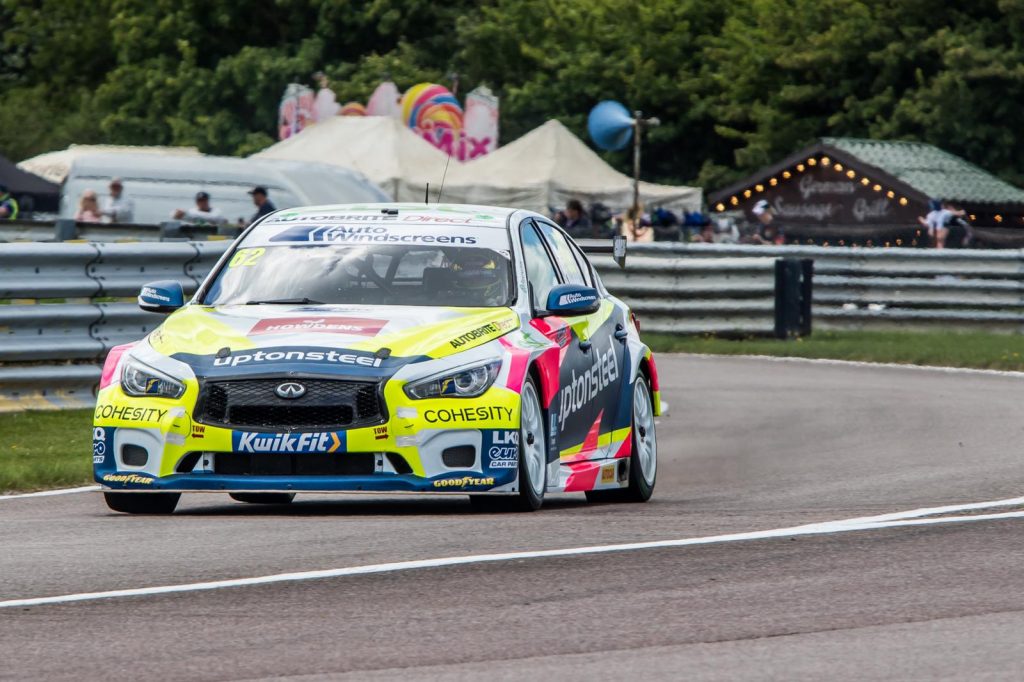 Rick Parfitt: “I had a really good day considering this is my first time at this track in the Infiniti and with rear-wheel drive. Every lap was a learning lap for us, and we made progress in every session which is all I can ask for.

“In qualifying my banker lap was a second quicker than I’d been in practice which was great but annoyingly I was on a real flyer at the end of the session and was over a second quicker again before I was blocked by a group of cars into the final chicane. It was absolutely gutting as that would have popped me inside the top 20 and showed what I can really do.

“The changes we have made to the team and the car have really worked and I feel like this is my round 1 and we can only go forwards from here!”

Will Powell: “My first time ever in a touring car at the fastest circuit in the UK and what an experience it was. The team put together a great car as usual, we made progress through the two practice sessions but had a big moment through Chruch so I definitely learnt that corner the hard way!

“The car also felt very different on the hard tyre compared to the mediums that we usually run so it was another relearning day today. I am disappointed with qualifying but we have to remember that this is only my third day in a touring car so we are learning all the time from the other guys and we will get there.