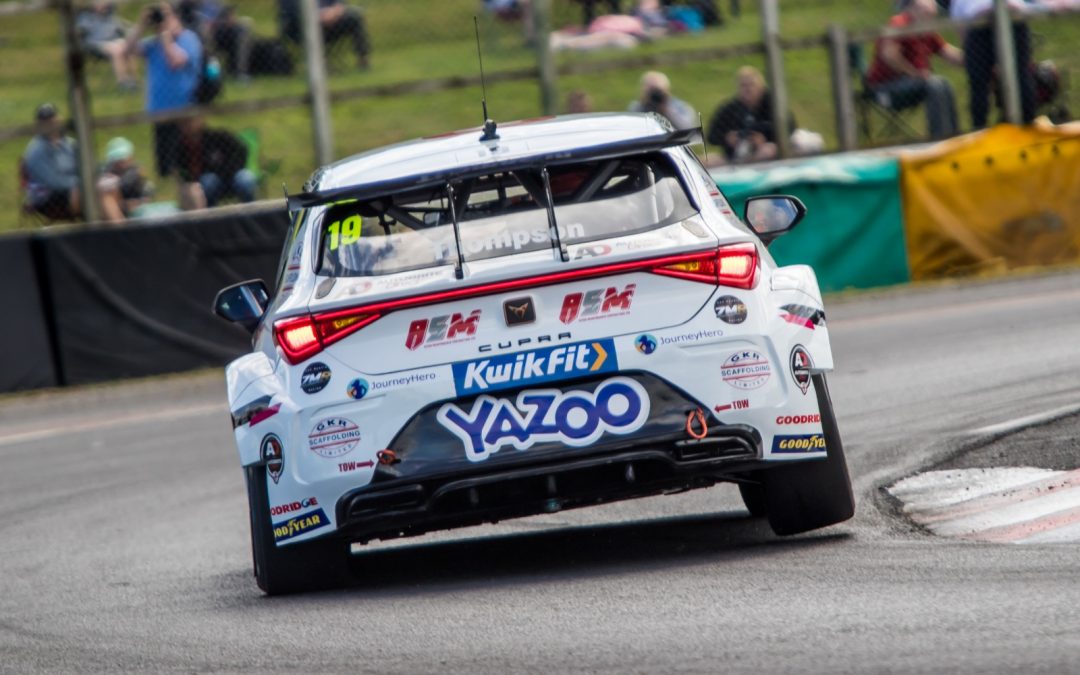 Bobby Thompson: “Despite lining up P13 I think qualifying for me was still great, we are still knocking on the door of the top 10 which is a positive.

“I made a mistake and I apologies to the team for that. I lost the rear end at 110mph into Sunny In and I gave myself a couple of punchers from the spin. I bit off more then I needed to as I was already three tenths up on my fastest lap so that would have put us around P6.

“The car is incredible, we tried something at the start of the weekend that didn’t work to see if we could take a little bit more out of the front tyre. Some of the changes we liked and some we didn’t so we backed off about 50% of each on that setup and we’ve gone somewhere in the middle, and it seems to work well.

“I’m enjoying it and I think we’re on for a good day tomorrow.” 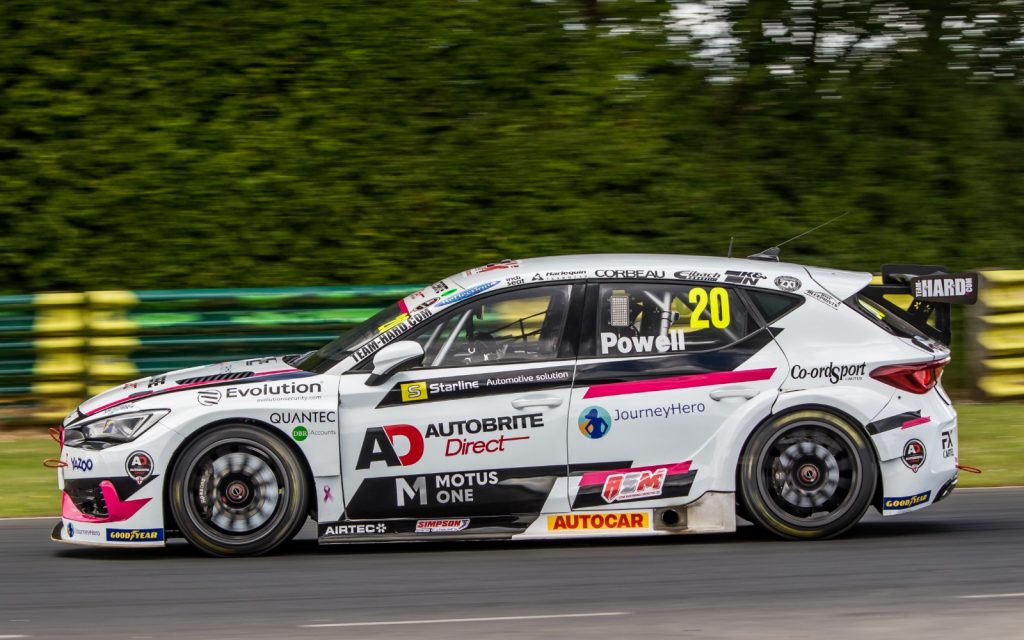 Will Powell finished the day in P27. Photograph Mike Hills

Will Powell: “Probably the hardest start to a weekend I’ve had since joining Team HARD. and the BTCC. We were coming off the back of making good progress, developing and getting some pace in the car and for whatever reason we have gone backwards this weekend.

“We discovered a few issues that we were having with the car, so the goal now is to put today behind us and race well tomorrow. I think the race pace is better which is good, and tomorrow is a new day.

“Heading into the summer break after tomorrow is good, it will allow me time to run actual test days instead of trying to develop and learn the car in BTCC practice sessions where there is lots going on. So I’m hoping to come back from the summer break an awful lot stronger.” 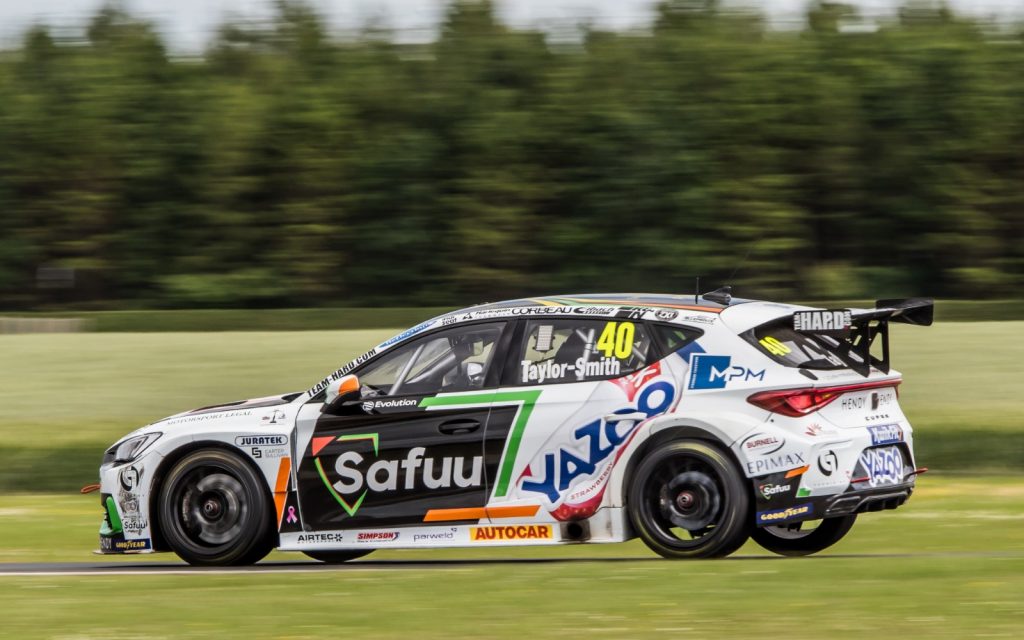 Aron Taylor-Smith: “Very tough day for everyone in the team. Before qualifying we had an engine problem in FP1, no fault of the team but that then transpired into a throttle body issue in FP2 and also a fuel cell issue.

“We did nothing of any value going into qualifying and we just didn’t have the sweet spot on the setup. We are chasing tenths as this series is so competitive and unfortunately, we didn’t have any direction.

“Overall, a pretty poor day but also it is Saturday, and the racing really starts tomorrow so we need to just forget about and focus on Sunday. We have found a few things in the data which will help us and we will fight towards the points and put on a good show.” 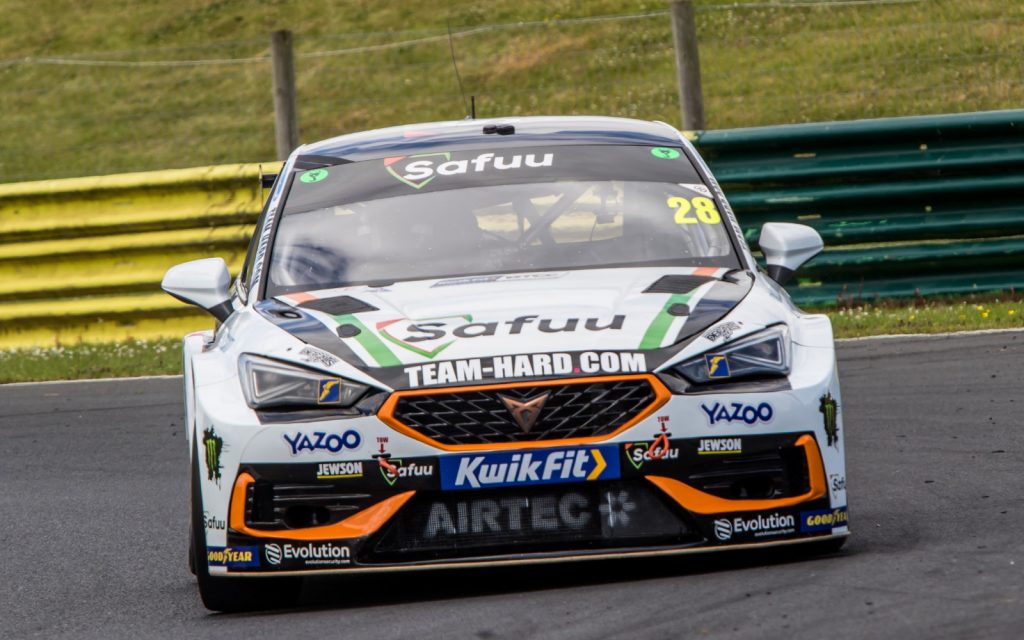 Nic was very critical in his own performance today. Photograph: Mike Hills

Nic Hamilton: “I don’t want to be too negative about today but I’m pretty disappointed in myself with the number of mistakes I made by overdriving. From last year we are already six tenths faster so that’s a positive to take but I have so much potential in me, but I feel like I am not extracting it enough and just over drove today.

“I dropped a front left wheel into a ditch, and it broke the lower wishbone which meant I only did one lap in qualifying. I’m just a bit frustrated in myself and when that happens, I go into a bit of a shell so sorry if this all seems a bit negative, but I just know I have so much in me and I am upset and I wasn’t able to extract it.

“Apologies to my sponsors, the team, racing is my life and I put so much into this so days like today are really hard to take. I am getting better as a driver and more rounded and this is just a blip. Blips build character and I will be stronger tomorrow that’s for sure.

“Stay with me, stay behind me, it’s going to get easier and better from here but for now I will regroup and go better tomorrow.”