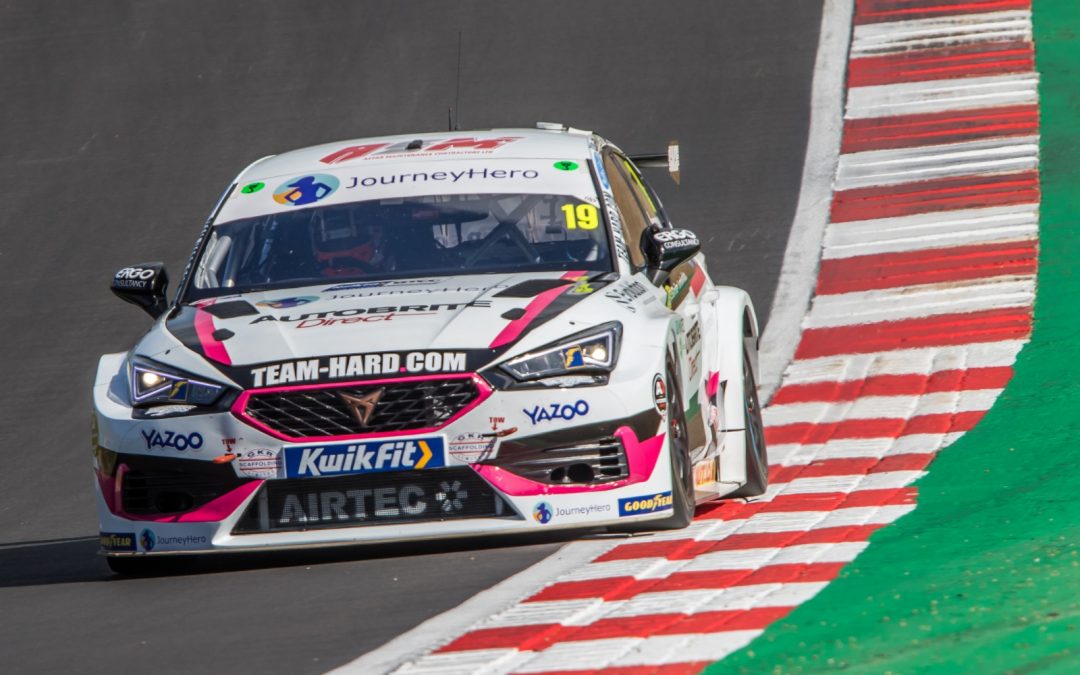 Bobby Thompson: “Overall, I think it’s been a positive day. We had a brake issue this morning which we ironed out but we were really hoping for a top 10 in qualifying today or at least to match our Donington Park grid slot.

“What’s frustrating is that our theoretical best lap says we would have achieved our goals but unfortunately that means putting our best sectors of the session all together on the same lap, something we didn’t achieve on this occasion.

“It seems that there just isn’t that extra bit of pace that the manufacturer teams can unlock in qualifying, which is the frustration but, on the flip side, we know we can run at this pace for 24/25 laps (a race distance) so the guy’s up front will come back to us.

“It’s tough to pass here but I will be giving it everything to put the Cupra Leon back in the points where it belongs.” 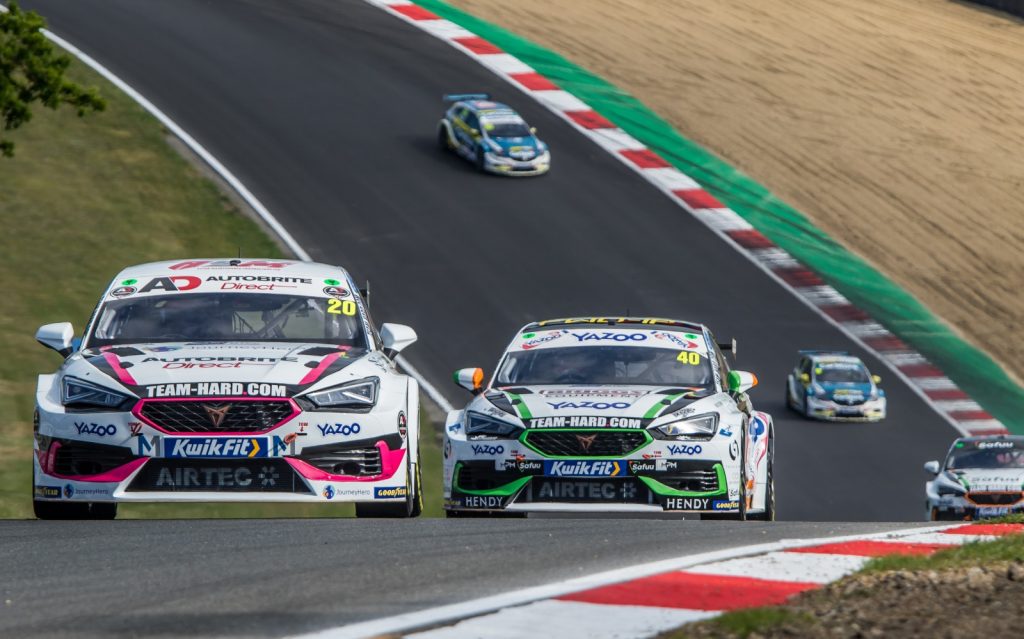 Will Powell: “I had the most amazing day driving a touring car, the car is unbelievable. The car is so different but also so much better than I could have ever expected. My teammates have also been so welcoming which has really helped and the team has been very patient with me.

“We had a few issues yesterday as you would expect running a new car for the first time, so this morning really was my first proper laps and crack in a current spec NGTC touring car and even in a front wheel drive race car, this morning already feels like a long time ago.

“Qualifying was great, we still haven’t got the hybrid system working for us so there is more to come but considering where we are this afternoon compared to this morning, I’m happy enough.

“I’m racing alongside legends that I watched on TV growing up and I’m just grateful to be here.” 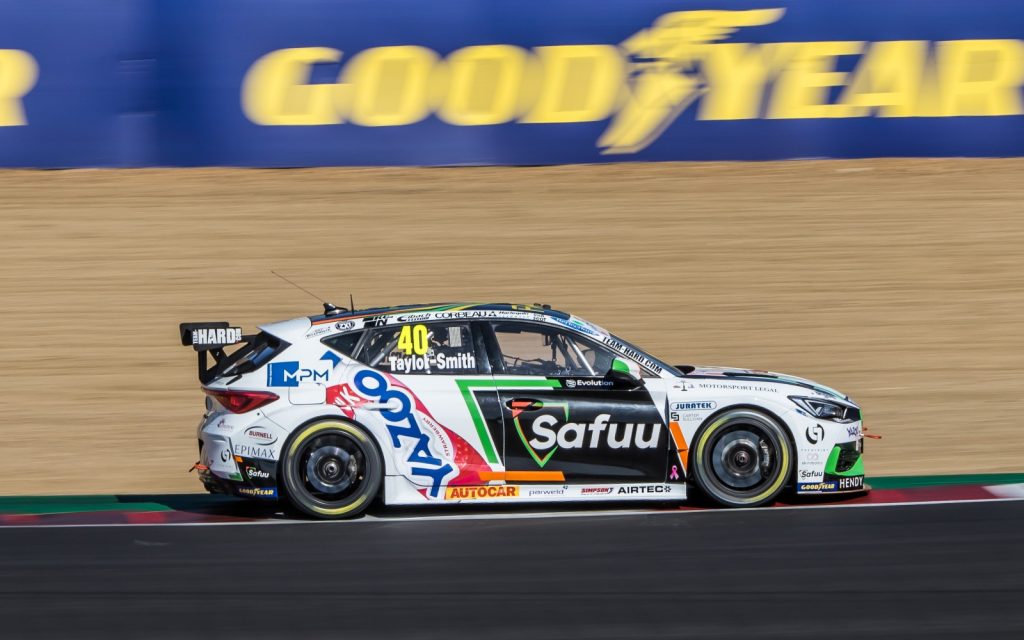 Aron Taylor-Smith: “It’s a hard day because I feel like we are half cursed. The team did a fantastic job but unfortunately the suppliers have massively let us down again. We sat out half of the qualifying session because one of the suppliers that looks after the electricals of the car plugged in and didn’t tell anyone and that deletes all of the settings like the throttle body, mapping and everything like that on the car. This meant we couldn’t run the car and was forced to watch on.

“Eventually we got out and even then, a boost pipe came off which is no ones fault but again, it’s a supplier breakage. All in all, this means we didn’t get to give it a go.

“The race pace is good, and to be honest, tomorrow can’t go any worse than today. We will move forward tomorrow and make the most of it but it’s incredibly frustrating that we can’t show the potential of the car.” 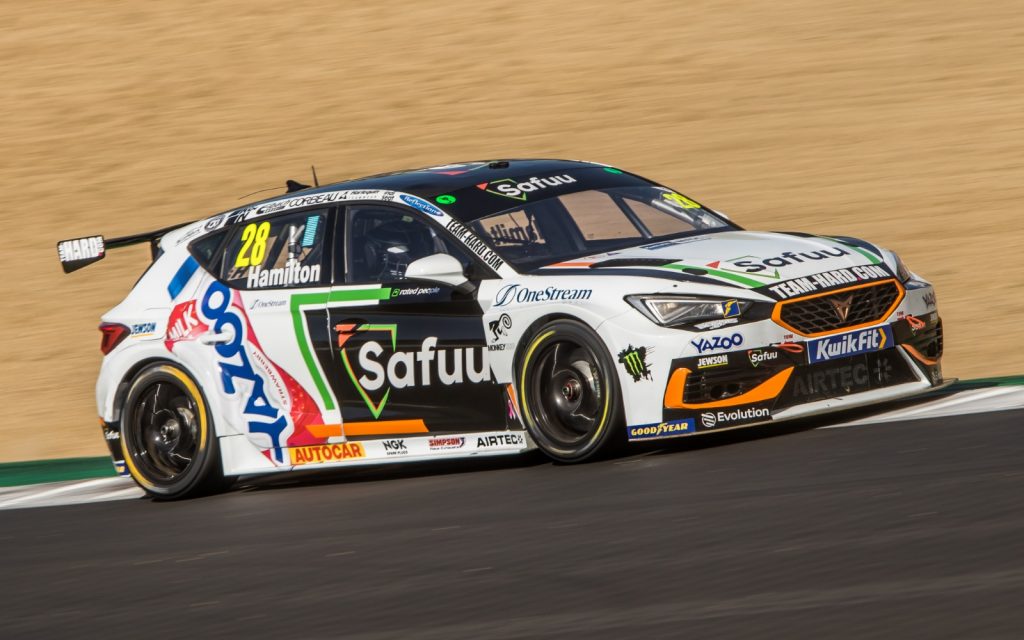 Nic Hamilton: “I’ve had a really positive day; the progress has been incredible. I have a new brake pedal with a new servo. We’ve not had any testing or running on it before, so we came into the weekend with a massive unknown and it turns out I’ve had to change my driving style to accommodate the change. This meant only having free practice 1 and free practice 2 to get used to it.

“All day I have been chipping away at it, understanding the new brake characteristics with a bit of trail and error but it’s tomorrow where this new system is going to come into its own. Hopefully It’s going to help me throughout the races as it should mean I’ll be as consistent as everyone else on the brakes for the duration of the race and put me on that level playing feel I’ve been searching for.

“Today has shown I’ve been at a disadvantage for so long but now I have this system we just have to fine tune it.

“I think it’s going to take three or four race weekends to really get this fine tuned but overall, positive day and looking forward to tomorrow.” 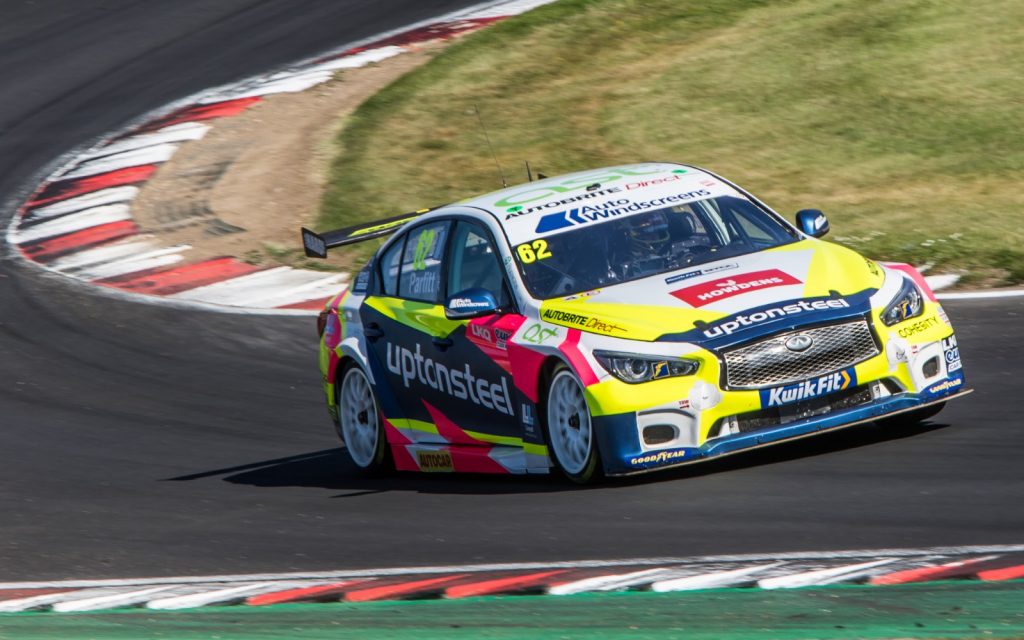 Rick Parfitt: “A little bit of a baptism of fire however I am really happy that we made progress in every single session, I just kept going quicker which is the positive to take. The one downside is that I thought I could have gone a lot quicker in qualifying, I think there is time left in both me and the car.

“Unfortunately, a change we made between free practice 2 and qualifying meant that I started to really struggle to stop the car into the harpin which effected my lap time so I think we could have been higher up.

“All in all, we are learning more and more every day as we look to move further up the field.”