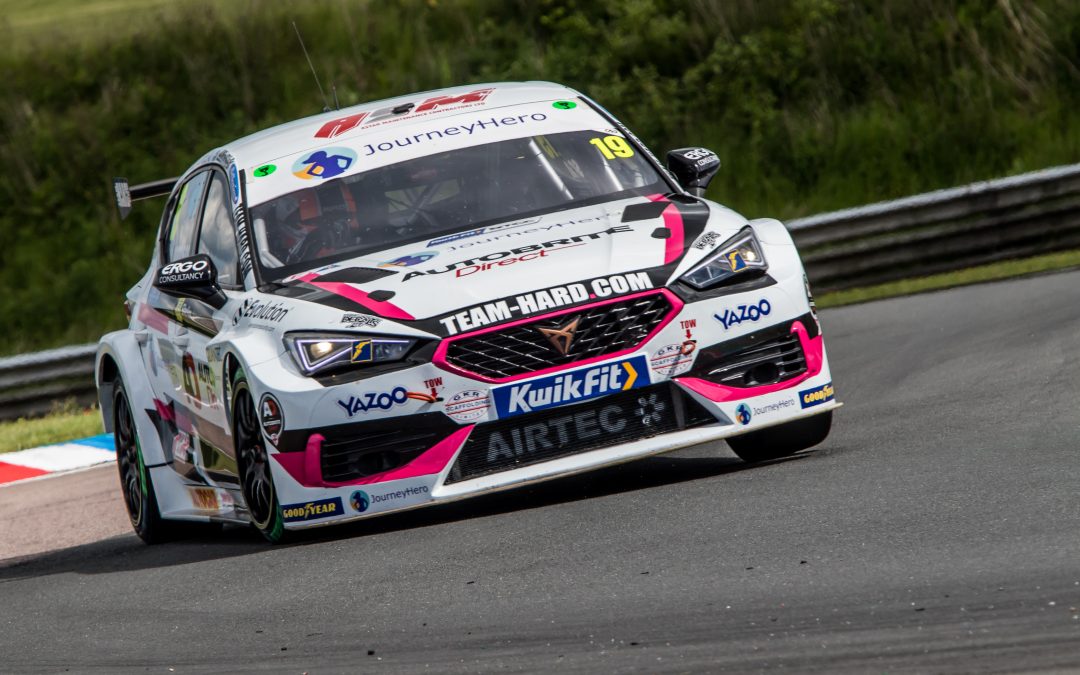 Bobby Thompson: “A positive Thruxton because we improved throughout the weekend.

“We have decent race pace but we need to just unlock that last little bit that the others have that will allow us to mount a more serious challenge at this circuit on the hard tyre. Whats important for us at the moment is to make sure that we take everything that we learnt this weekend and analyse all areas so when we come back here in August we are ready to fight in the top 10 and bag more points.

“Looking at Oulton Park though, we are back on the medium tyre and we know the car can perform there so i’m really excited to getting back out on track and continuing to prove what myself and this team can achieve together.” 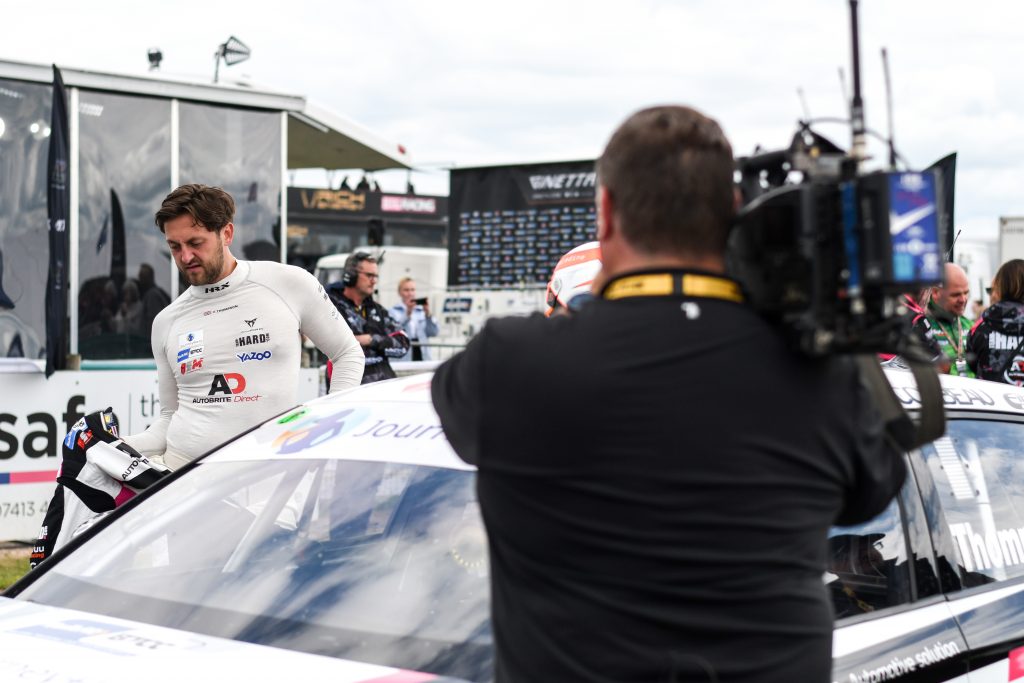 Eyes were on Bobby this weekend after his podium at Brands Hatch (P17, P16, P12) . Photograph: Tim Glover

Aron Taylor-Smith: “Thruxton is a venue really like no other. It’s super fast and we have the hard tyre so there is an awful lot you have to change on the car to make it work and when we came here last year it rained the first time, the second time we weren’t competitive and to add insult to injury our media day test here wasn’t the best due to reliability issues with the new systems in the car so this left a lot of work for the engineers this weekend.

“We saw on Saturday huge improvements in each of the sessions and I found two seconds over the day. The same happened in today’s races with consistent progress in our lap times and progression through the field.

“I still think we need to find a couple of tenths to really be serious challengers here but the race three performance was an indicator to how much progress we have made with the setup of the car. We still need to keep pushing but progress is progress, the cars were reliable compared to some of the other teams and we have to be happy with that, we can leave here with our heads held high.

“For Oulton Park we will move back to a more usual setup so you should be seeing the car perform a lot closer to our Donington Park pace which was really strong. I’m really looking forward to it.” 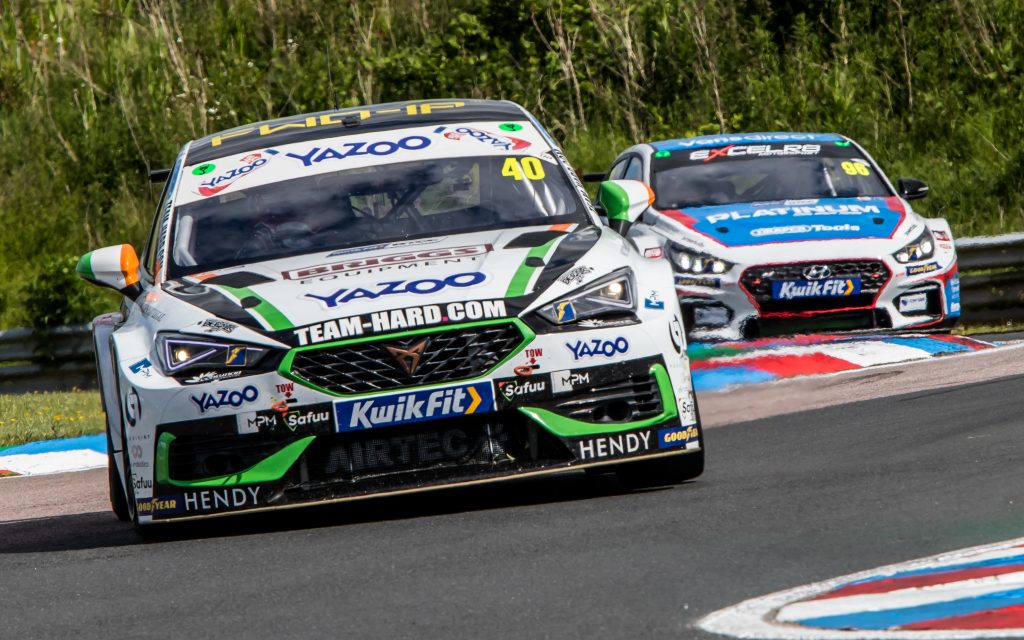 Rick Parfitt: “A weekend of two halves really. Frustrating results but massive progress made with the car,the team and my own personal speed. All weekend I have been pretty much matching Dexter in the other Infiniti and not much off Aiden either so my speed is improving all the time. I’m really starting to understand and love driving this car.

“We knew coming into the weekend that this venue wasn’t going to be the Infiniti’s strongest track but I feel we made a really positive step forward. Things are looking up!” 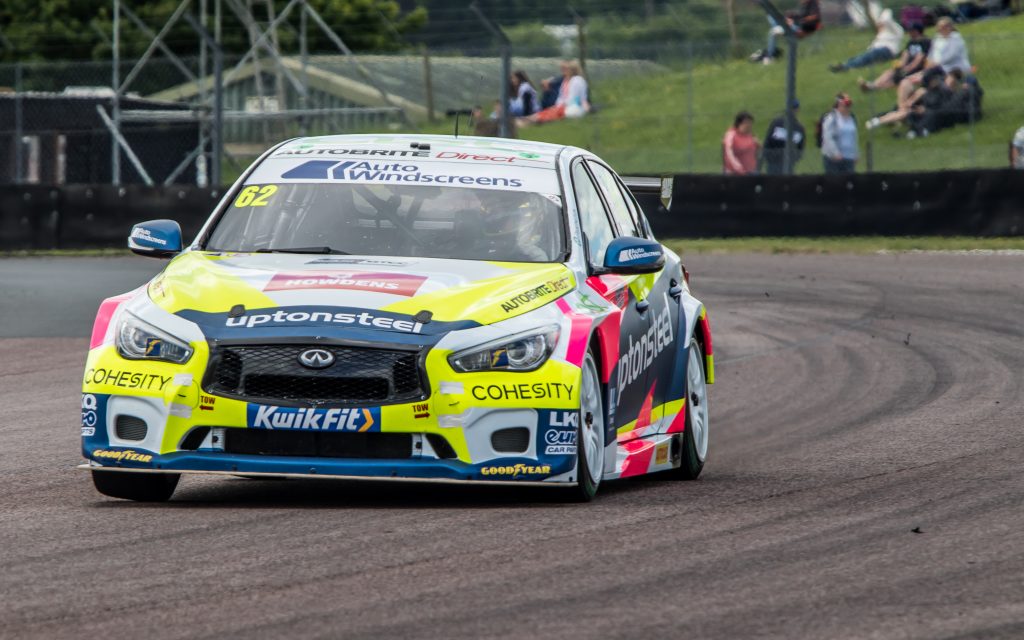 Will Powell: “An amazing day racing with this great team today at Thruxton. I had a much more race-able car today thanks to the efforts of the team so credit to them.

“I definitely need to work on my race starts, they weren’t the best and put me on the back foot but overall, we still made progress in race one and two which is great and it was great to have a battle and be part of the pack. Race three I was feeling really good and getting stuck in but then the driveshaft broke which is one of those things unfortunately. I’m heading to Oulton Park with my head held high and confident knowing that I have a great group of people around me and i’m aiming to progress up the field.” 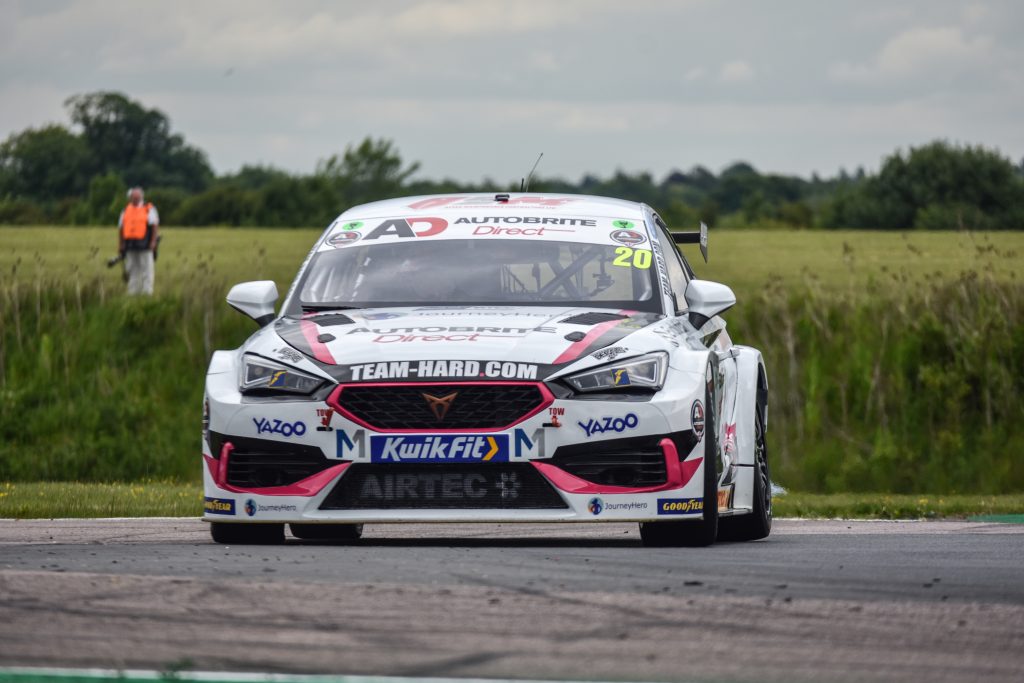 Will continued to get to grips with his Cupra Leon (P23, P22, DNF). Photograph – Tim Glover

Nic Hamilton: “Race day didn’t really go as planned or what I expected. Yesterday was a really great day for me in the car and today I felt I was going to be really consistent and strong and to be honest I was in race one. I’ve been telling myself for a while that I just want to be consistent and be in the race and I was, I just made a small mistake and was forced to pit to remove some grass from the radiator.

“Race two we had a few finger troubles and the tyres were put on the wrong corners which upset the balance of the car and we slipped backwards. Race three I was forced to retire after suffering from a huge vibration from some contact at the start which was super frustrating but that’s the variables of racing.

“So, i’m frustrated as I don’t think I was able to show my true potential in terms of results but then again I always say I want to be in the race and today I was exactly that. We clearly have some good pace and i’m getting closer and closer to my teammates and only a couple of tenths away so I have to be happy with that. The frustration kicks in because I know there is more and I just want to show everybody how much progress myself and the team have made!” 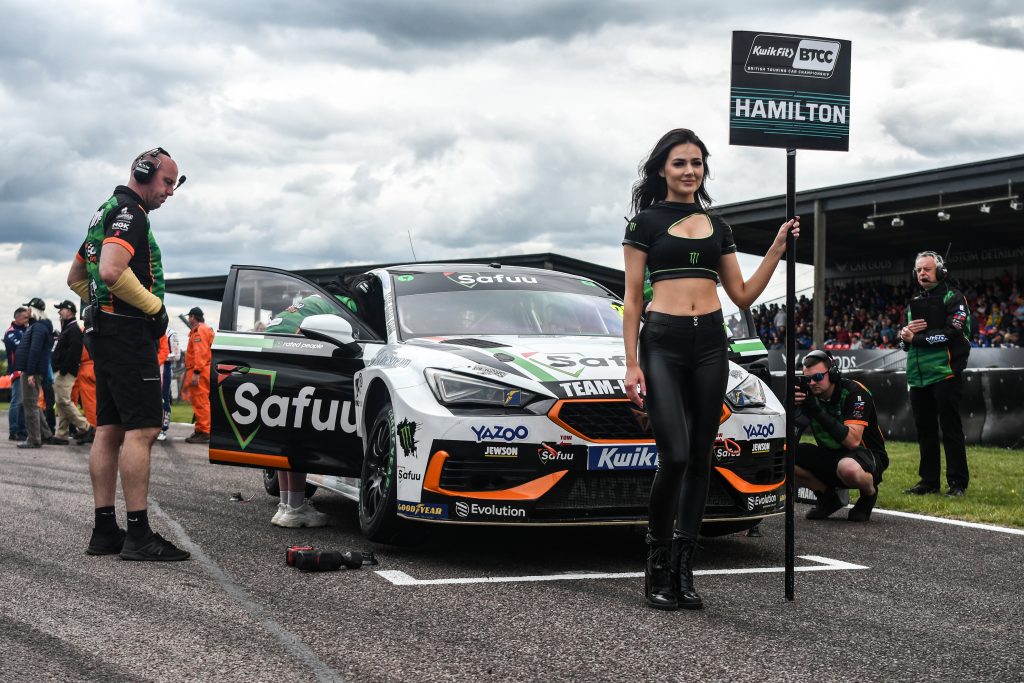