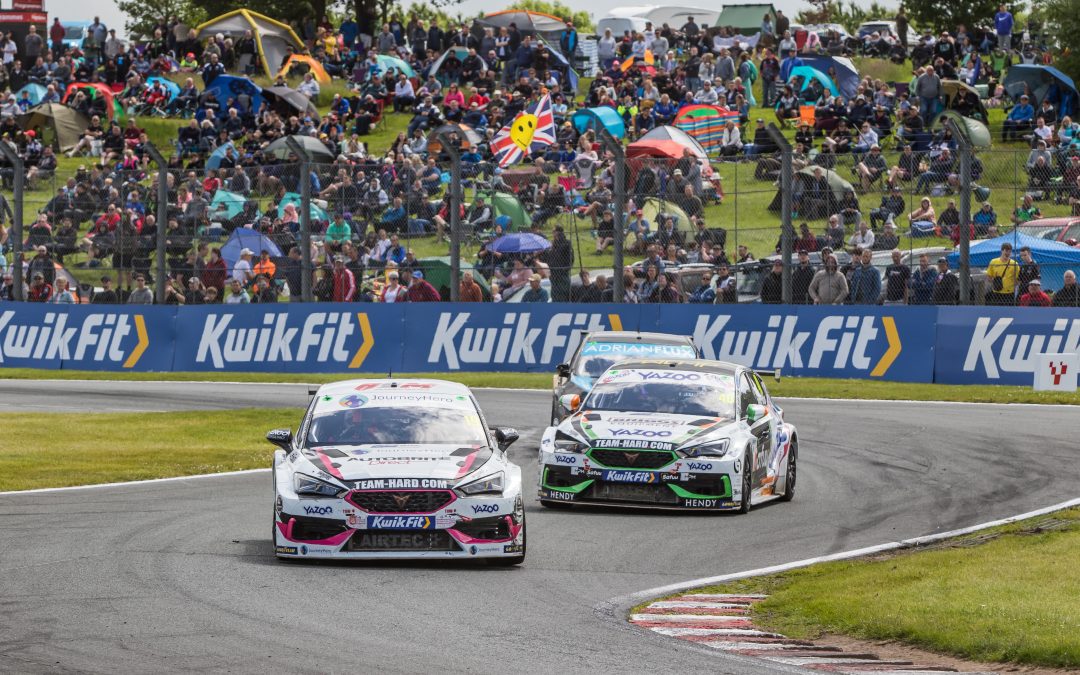 Aron Taylor-Smith: “After qualifying yesterday, the team put on an unbelievable show to transform the car. I think it’s no small effort to get into the top 10 in this series and after having our worst qualifying to date to then having our best result to date is testament to what has gone on. To say I am proud of what they have achieved is an understatement.

“Whilst it’s a great result for me I’m more concerned about delivering good results for my team and knowing they will be going home with a good result under their belts makes me really happy.

“The car was really strong in sector two today, the high technical stuff, and Croft is the most technical circuit on the calendar so we go there thinking the car should go well.

“We’ve made great improvements to the chassis and I’m excited to see where that takes us moving forward. We are edging closer to what a qualifying car needs to be which we haven’t had to date in the CUPRA so fingers crossed we will challenge from the get-go next time out.” 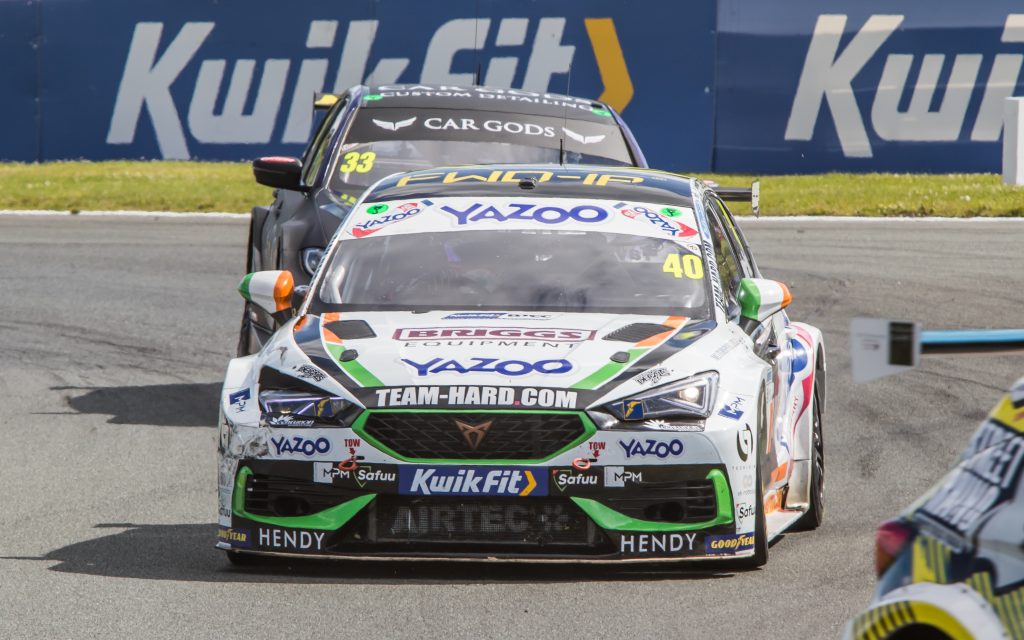 Bobby Thompson: “It was one of those weekends of what could have been. We started the weekend with two really strong practices, but we couldn’t carry that into qualifying. We still need to work on our Saturday qualifying pace because at the moment it’s making our Sunday morning’s very tough as we have to come through the pack.

“Overall, race day was okay, we come away with two points finishes and it was looking like we were going to secure a third after climbing to P8 but after picking up some advertising boards avoiding an accident up front that put pay to that after the engine overheated.

“It’s one of those things and we will go again at Croft in two weeks time where I think the car will be strong.” 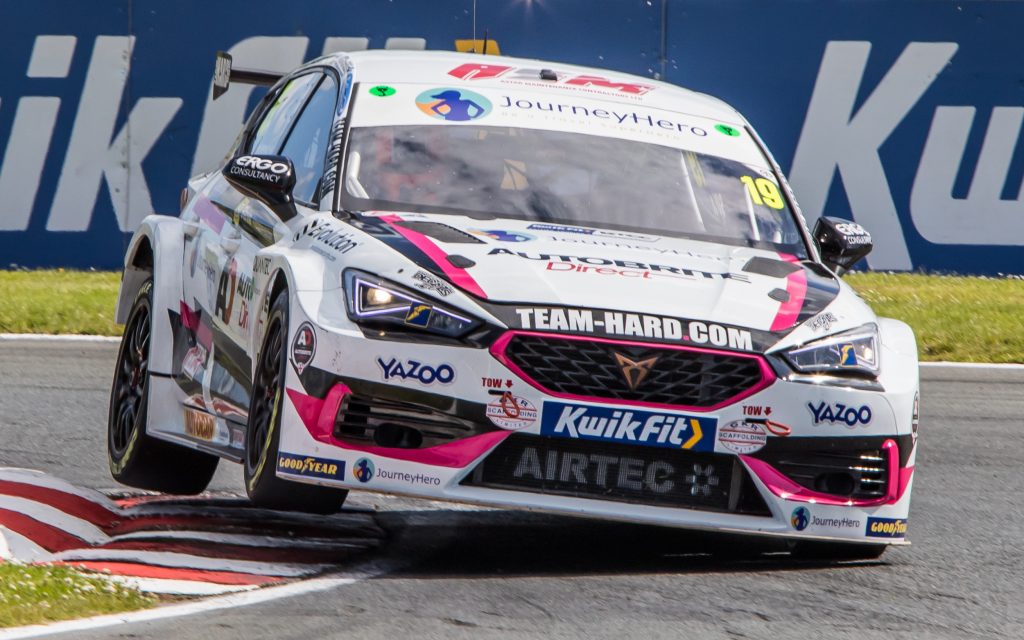 Will Powell: “A tough weekend in the BTCC but lots learnt, and the race pace is starting to come.

“After a good, hard battle to move forward in Race one into a much better position, I was fired off with a heavy impact causing damage. The team did an amazing job to get the car back out for Race two, but the shunt caused a few gremlins with the electronics which we carried for the rest of the day

“I settled down in Race three to pick up a P21 finish which was as good as it got today.

“Thanks to all our sponsors, partners and to the team for all their hard work. A hot bath tonight for the sore neck and on to the next one at Croft. I keep learning and becoming more competitive with every session in the car.” 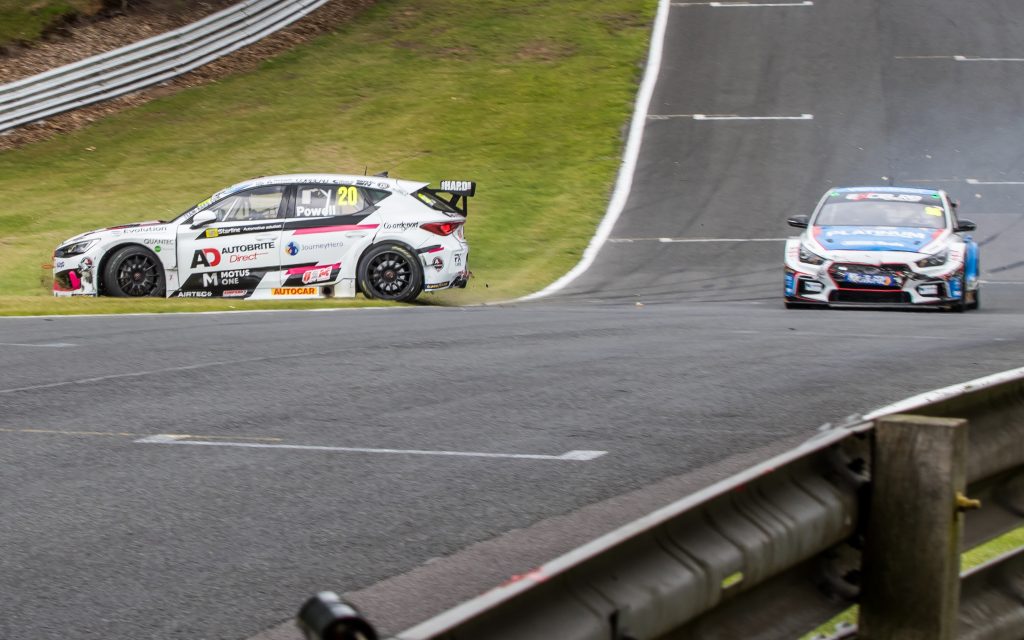 Will was having a strong race day before contact sent him to the wall (DNF, NC, P21). Photograph: Mike Hills

Nic Hamilton: “A pretty positive weekend in terms of development progress and overall pace. We still have a few bits to fine tune with regards to my servo brake to keep me a bit more consistent through the races and in qualifying, but this is quite an easy fix, so I am looking forward to that.

“Race 1 was definitely the strongest race I’ve had all season, although I had a bad start due to my hand clutch and being on a hill. It’s quite difficult to start due to the undulations on the pit straight so I dropped all the way back to last but I managed to come through and gain four or five positions to recover to P22 which I was super happy about.

“I knew I needed to do something about the starts on the hill, so I tried something new for race two but unfortunately, I stalled which is the first time I have done that in a very very long time. However, this just shows that we are now just trying to find those extra little bits to keep us in the pack. That’s something we can work on, but I don’t think it’s going to happen again and putting the start issue aside the pace was really good and I have to be happy with that.

“Race three I started much further back due to the stall in race two and unfortunately, I was tagged which put me onto the grass and off the back of the pack by about five seconds. I pushed hard to close that gap and by the end of the race I was right back on the pack and crossed line under 1 second behind. So, in all this it shows that from the start of the season I am now able to close up on the pack and maintain my pace throughout the race due to not being in pain from my legs which is great.

“Now it’s all about using the pace I have found to take advantage, make the right decisions, moves and be a bit more clinical with my racing. I fell like I am relearning that aspect of racing again but honestly Nic 2.0 is 100% in full effect, and I will keep on developing and continue to build towards some good results from now until the end of the season.” 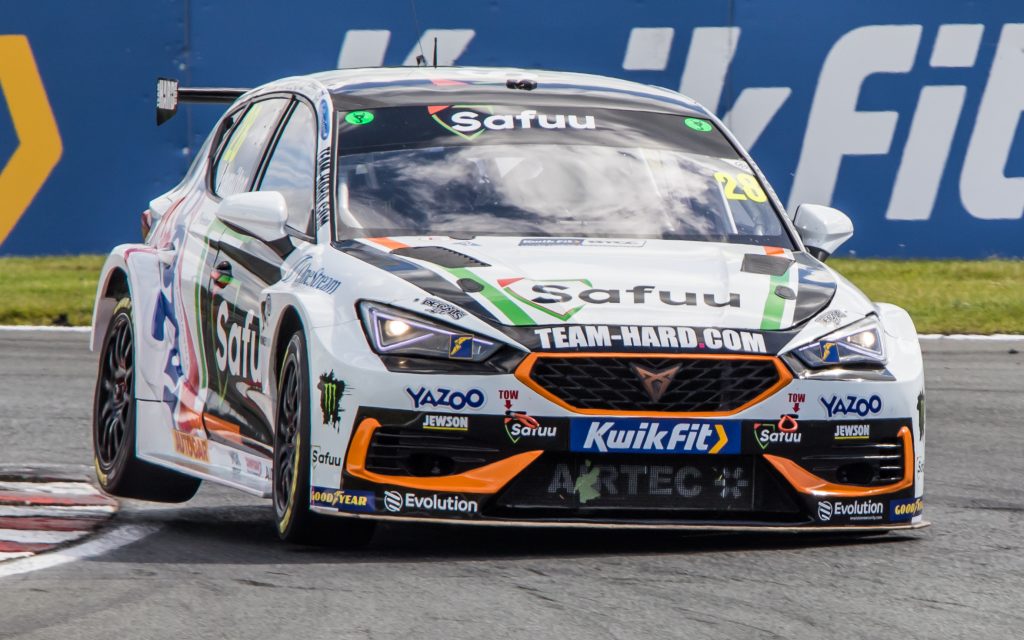 Rick Parfitt: “A bruising weekend but we made huge strides forward in set up and by race 3 I was finally comfortable and bang on the pace which I’m really happy about. It was great to be fighting in the points for much of the race.

“All in all, there are many positives to take away. Onwards!’ 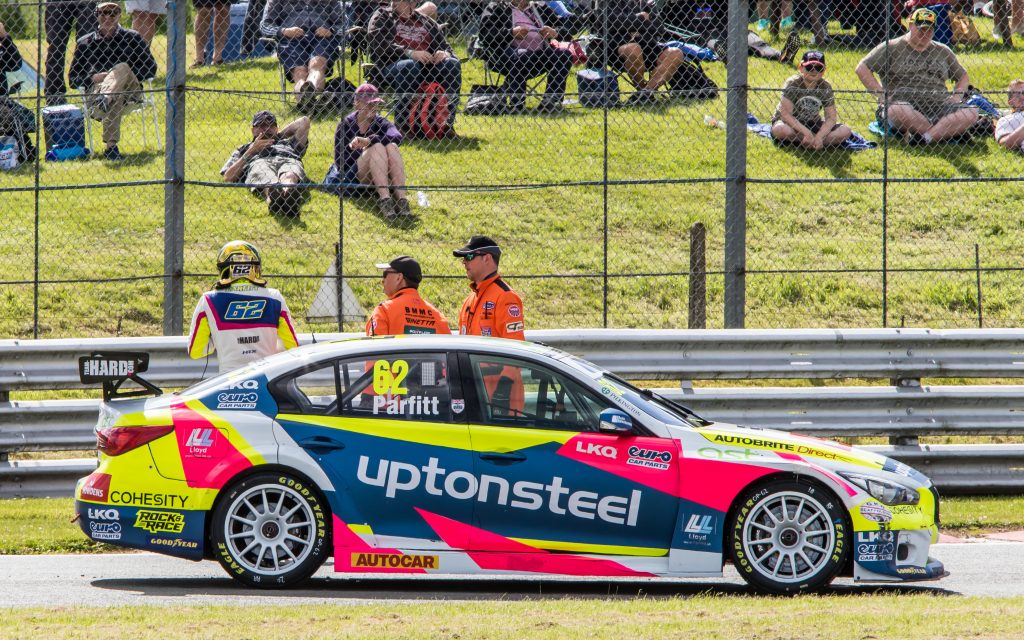