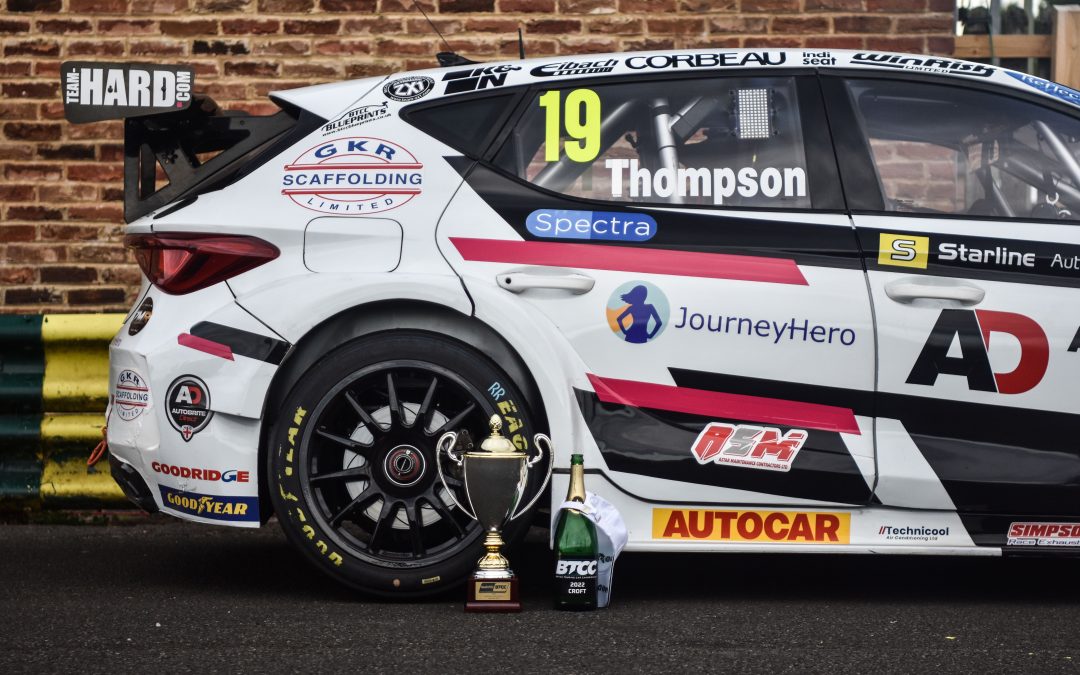 Bobby Thompson: “Croft race day was a bit of a reassurance in terms of the chassis performance. We have found a really good baseline setup which is an evolution on what we started the season with which is a great step up. Fortunately, that masked our problem of straight line speed as the chassis was fantastic, through the corners we are as quick as anyone. Unfortunately, we need the straight line speed to overtake and we just didn’t have that this weekend. I honestly believe we had a car that could battle in the top 5 this weekend but it was a case of getting there and with our deficit that proved to be an impossible task.

“Next up is Knockhill which is better suited to cars that are strong in changes of direction, traction and braking so i’m really looking forward to heading north of the boarder after the summer break!

“A big thank you to the team this weekend for providing me with a reliable and competitive car.”

Nic Hamilton: “All in all a really great day on race day at Croft. I managed to turn it around after a below par performance from me on Saturday with a few mistakes but i’m proud to have turned it around with consistent results.

“My expectations have completely changed and have risen because i’m driving a lot better then I ever have before and to be able to do that on Sunday was really good. On paper it might not look like much as the finishing results are much the same but our lap times and how close we are to the rest of the field has changed massively and is a huge improvement.

“We know we have a little bit more time to find to make sure we are in that next group which is between the top 20 to top 15. I have a couple more tenths to find to achieve that but we will find that throughout the two day tyre test at Snetterton where we can fine tune the car a little bit more and work on my servo brakes which has been a huge help this year.

“So a great weekend in the end and to turn it around from a lackluster Saturday is good. I’m leaving Croft really happy.” 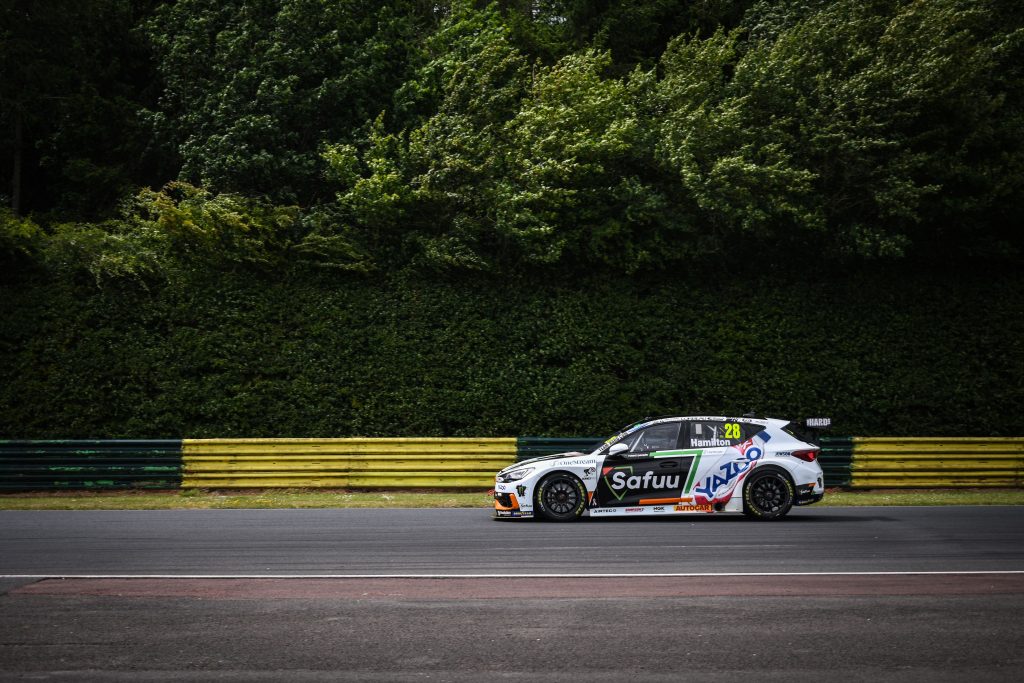 Aron Taylor-Smith: “A very challenging weekend on our side of the garage. I think our weekend was compromised by engine issues through no fault of our own which really put us on the back foot. These started on Saturday and we spent all day rooting around trying to find the cause of the problems which prevented us from developing the chassis and as a result we were on the back foot going into the races and the issues continued on Sunday despite trying everything we could.

“We had component failures in both race 1 and race 3 which took away the opportunity to score points this weekend and my heart goes out to the team as they work incredibly hard to give us the best chance possible but it wasn’t meant to be this weekend.

“Very much a character building and ego denting weekend but at the same time what doesn’t kill you makes you stronger and we will be aiming to do just that!” 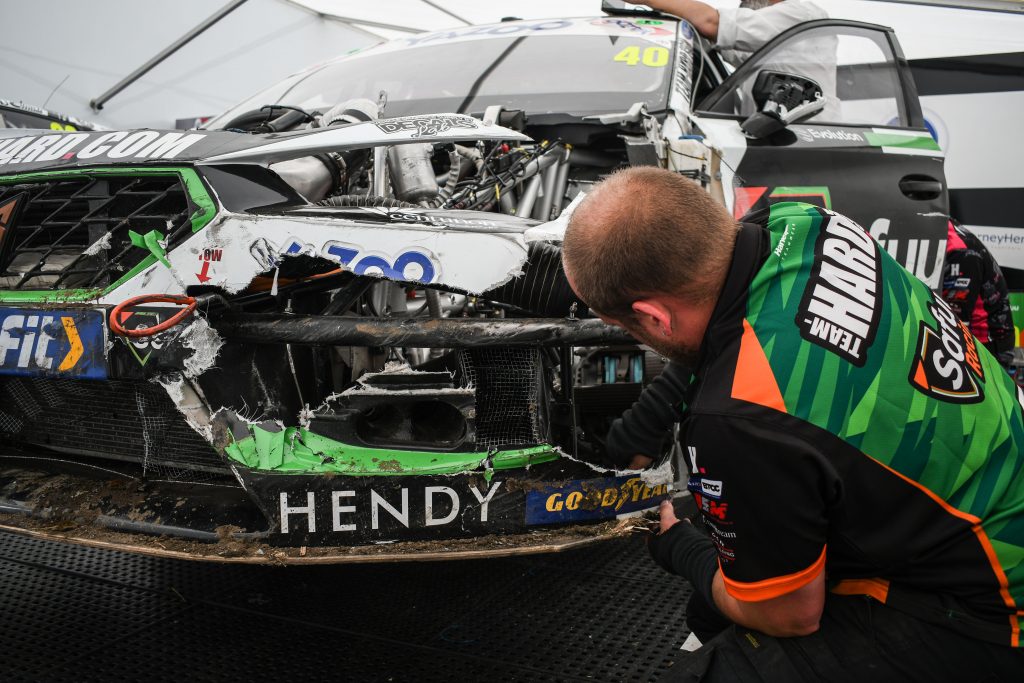 It was a tough race weekend for Aron who suffered from a part failure in races one and three (DNF, P21, DNF). Photograph: Tim Glover

Will Powell: “An interesting weekend at Croft. It’s not a circuit I have visited much before so it was always going to be a steep learning curve this weekend in the BTCC. I feel like we got to where we needed to be on Saturday afternoon on Sunday afternoon so we need to work on that to make sure we are on it from the get go; both the team and myself. By Sunday afternoon we had a fantastic race car under us and we would have made good progress if it wasn’t for two punctures in two races, picked up on Crofts particularly abrasive curve. It wasn’t just us who suffered with that this weekend but it’s just one of those things.

“We didn’t get much luck this weekend but we are learning all the time and now we go into the summer break with two proper test days at Snetterton. This is something I’ve not been able to do since we started so I can’t wait for those.

“I’m loving all the support from our partners, the team and the fans, everyone has been so welcoming in during this first half of the season.

“So, a few weeks to regroup and we go again for the second half of the season which is going to be really competitive. I can’t wait to see everyone soon.” 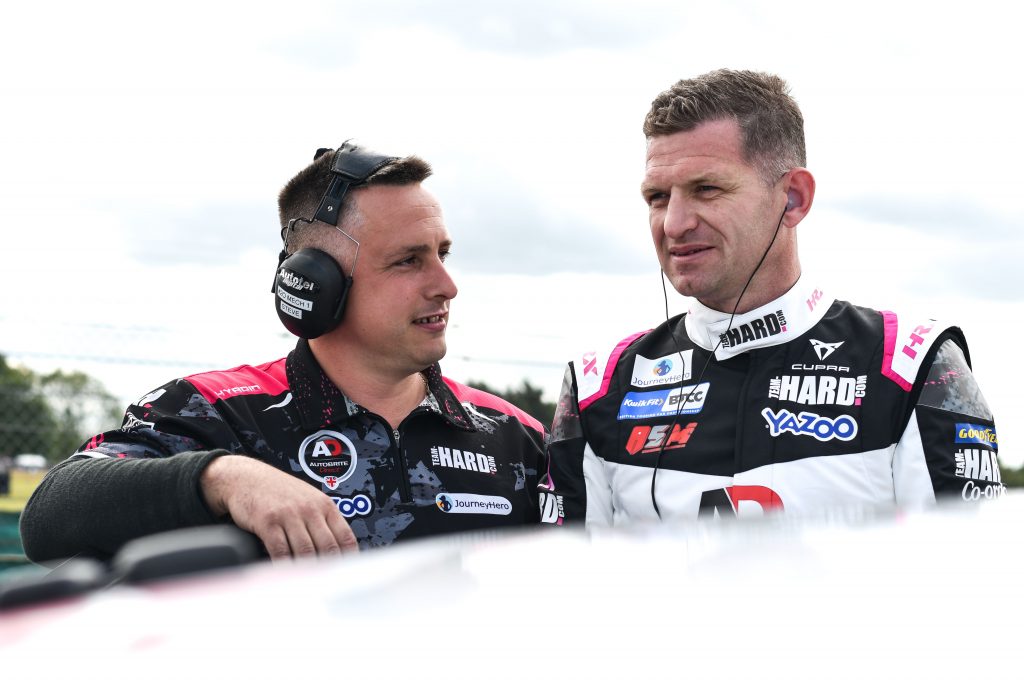 A difficult weekend for Will who suffered two punctures in two races at Croft (DNF, P24, P22). Photograph: Tim Glover