BTCC Oulton Park: Round 4 CUPRA drivers- Round Up. 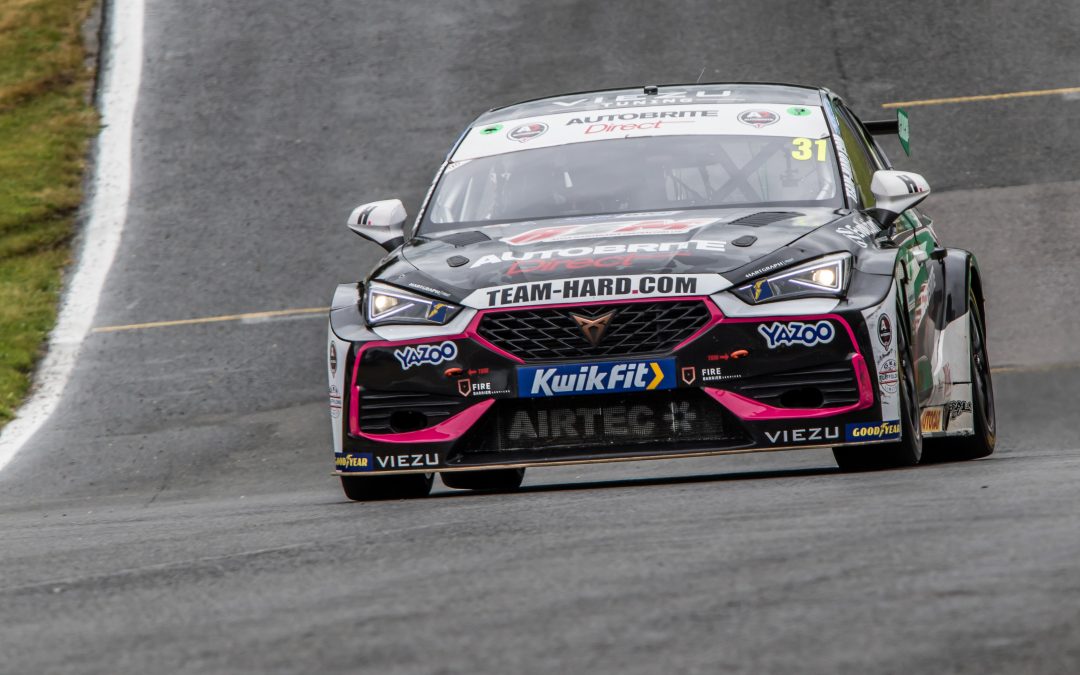 Quotes from our four CUPRA drivers as they talk about their weekend at Oulton Park for round 4 of the KwikFit British Touring Car Championship.

Aron Taylor-Smith: “Race day was a lot better than qualifying. I probably left the track a little bit dejected yesterday and I was hard on myself. The car crew worked really hard over night and figured out what we we’re doing in terms of brakes. We found a little issue that has probably been hampering us quite a bit, especially in qualifying so its been hard work with that. However, now we’ve got on top of it, the car felt the best it has felt for me this entire year in all races, its just impossible to overtake at Oulton Park.

“It’s difficult because the driving standards this weekend were pretty deplorable from others. There was a lot of unnecessary contact and a lot of crashing, so it’s very hard to race when you’re trying to avoid big crashes, so that’s what I think makes it quite difficult.

“In general, the team did a superb job this weekend. There is performs to be had from our engine package but that’s only a slight problem. Hopefully the thinking caps will be put on between now and our trip up north and we will go out all guns blazing at Knockhill”. 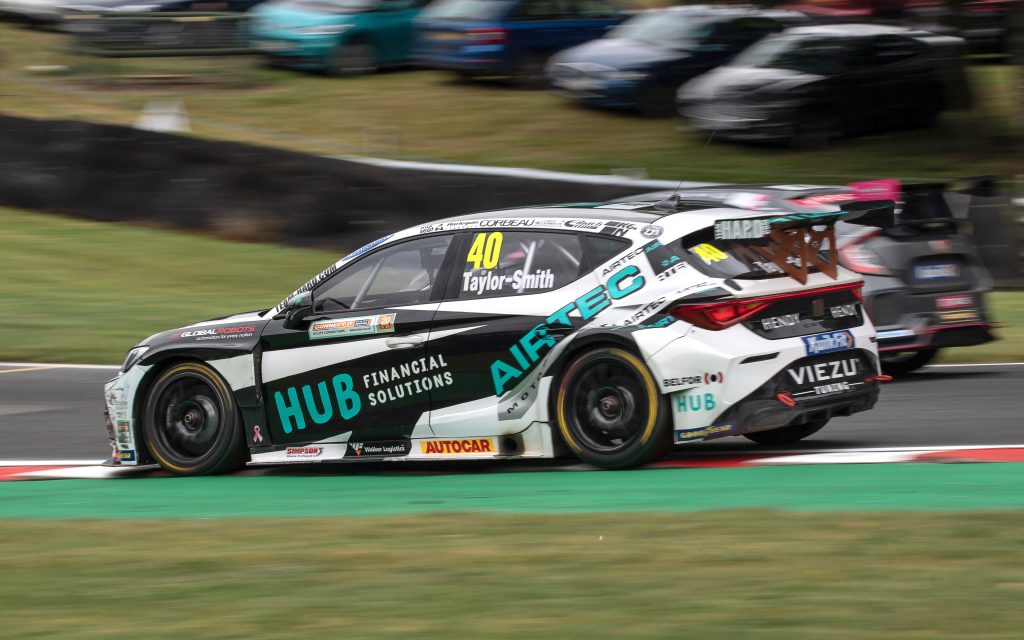 “In race 2 we were minding our own business and got up the inside of two cars on the exit of the hairpin and then got completely wiped out through no fault of our own which ruined the points scoring run which was a shame because the car was fast.

“Then in race 3, the same thing happened where we got caught up in someone else’s accident through no fault of our own and that put an end to race 3 really. The boys did a good job to get the car repaired on the grid under the red flag, but it wasn’t 100%. The pace was good enough for top 7 in the last race which was frustrating because we didn’t get to show that. All in all, I think driver standards were shocking.” 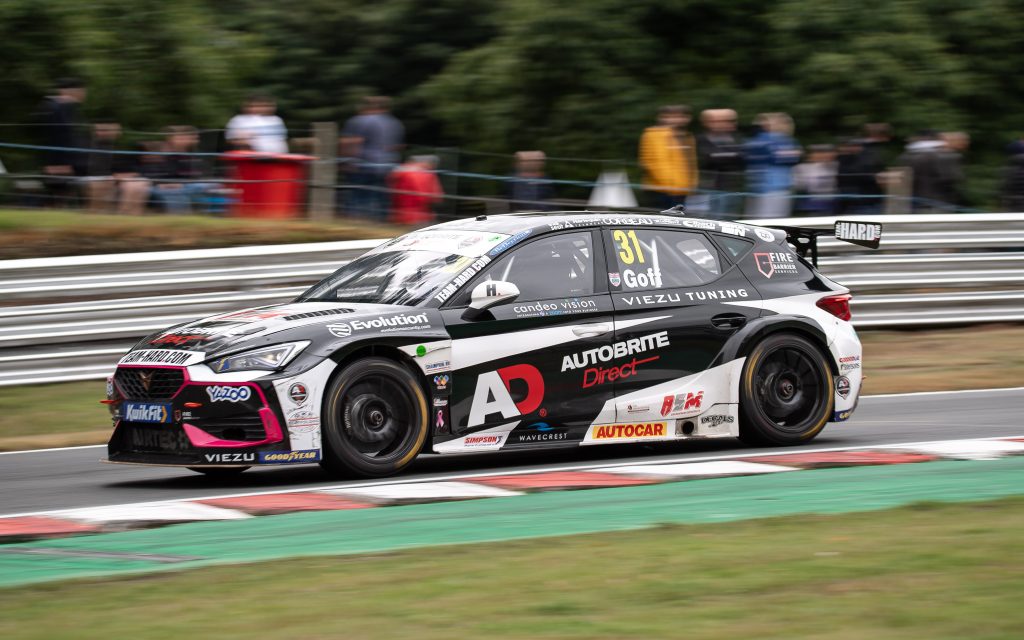 Jack Mitchell: “This weekend was everything I expected and more. I think after qualifying yesterday it wasn’t a great result so being in 25th changed my expectations and I started treating the weekend as more of a test session. We started trying new things with the set up to try and help get the car to suit me and my driving style.

“In race 1 I was getting involved a little bit which was handy as I was getting a good feel for the race car and touring cars which ive still got to get used too because there were still a few things like contact here and there and door to door action that I haven’t had for a few years. I need to get myself adjusted to that. In race 2 I was pretty much on my own the entire time, we tried a different set up which didn’t work but at least we know now that this isn’t right for me and can work on something else.

“Race 3 wasn’t ideal and I suffered a DNF from quite a big crash into Cascades which was unavoidable for a lot of people. It was a shame as it wasn’t really how I wanted to end my touring car debut weekend but all in all I think I learnt a lot. There was a lot of information and a few tricks that I needed to learn but now I have these out of the way next time out I can focus solely on the job at hand. Great weekend, I loved working with the team and my team mates and now I just hope we can get the car ready and prepped for Knockhill to make some more progress.” 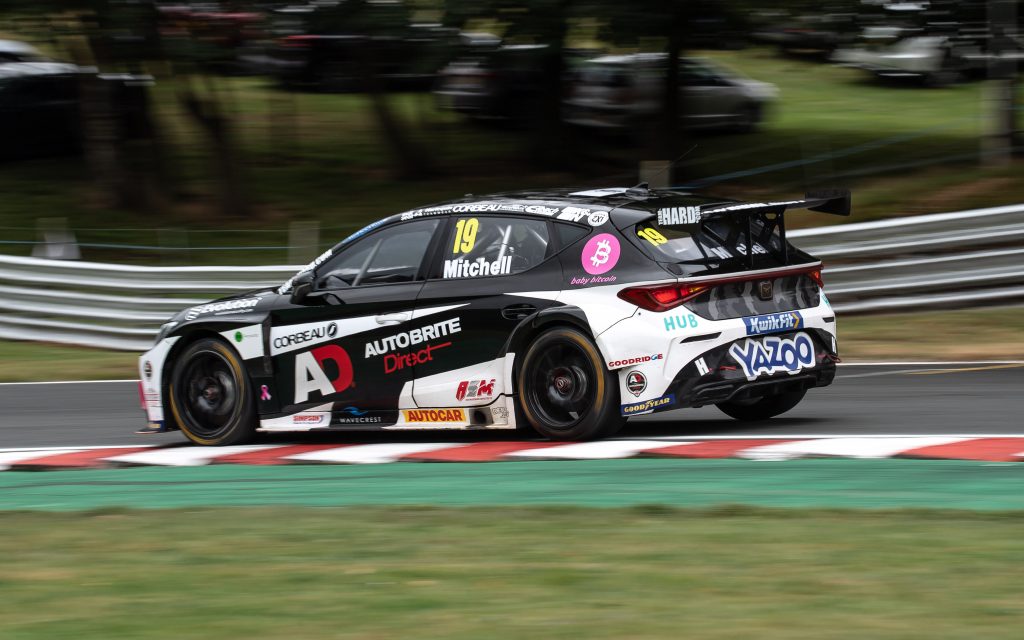 Nic Hamilton: “Not the greatest of Sunday’s for me at Oulton Park. It started with a split fuel pipe and I wasn’t able to get out for race 1 which really put us on the back foot for race 2 and also in terms of car development because we were trying some new things for race 1 which we weren’t able to do.

“In race 2 everyone was a race ahead already in the dry and so we went out with a car set up that we thought would work but it didn’t feel as good as we thought it would and we didn’t make a lot of progress but stayed competitive. It was more of a test session than anything else. Other people were on the soft tyre which we hadn’t used yet so race 3 was where we were going to put the soft tyre on and almost go back to where we know in terms of the car set up and we got caught up in a nine car pile up which was no fault of my own. Unfortunately, it was just one of those things.

“It was a day definitely to forget and I was a bit sad because it was the fans first time coming to see touring cars in its full glory and I had all my sponsors there as well and we only completed one of three races. It was an unfortunate day but that’s what happens in motorsport and we can now look forward to Knockhill where I’m sure we’ll have a better weekend.” 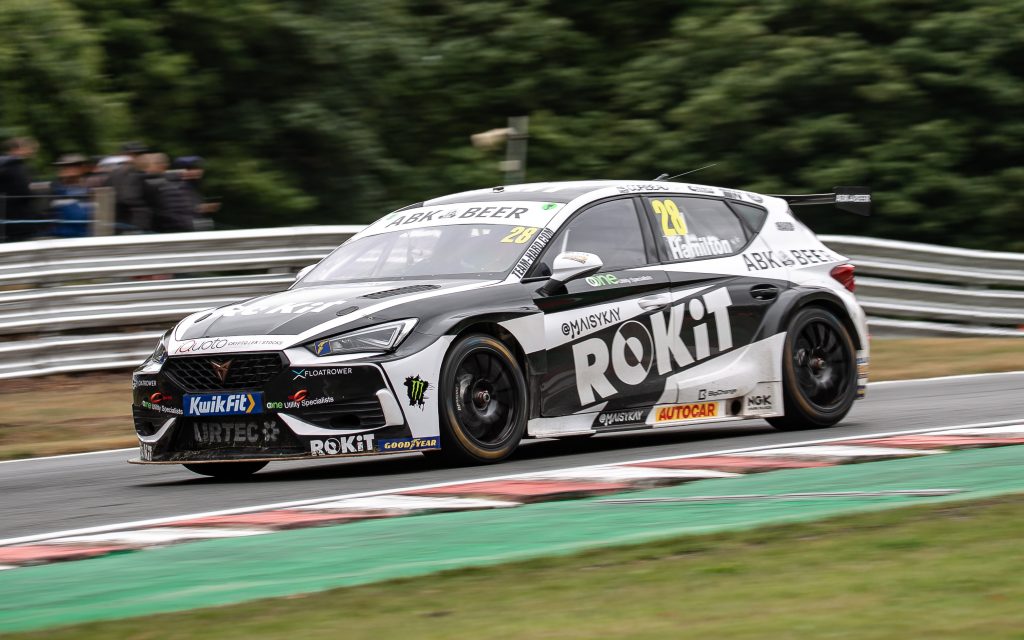