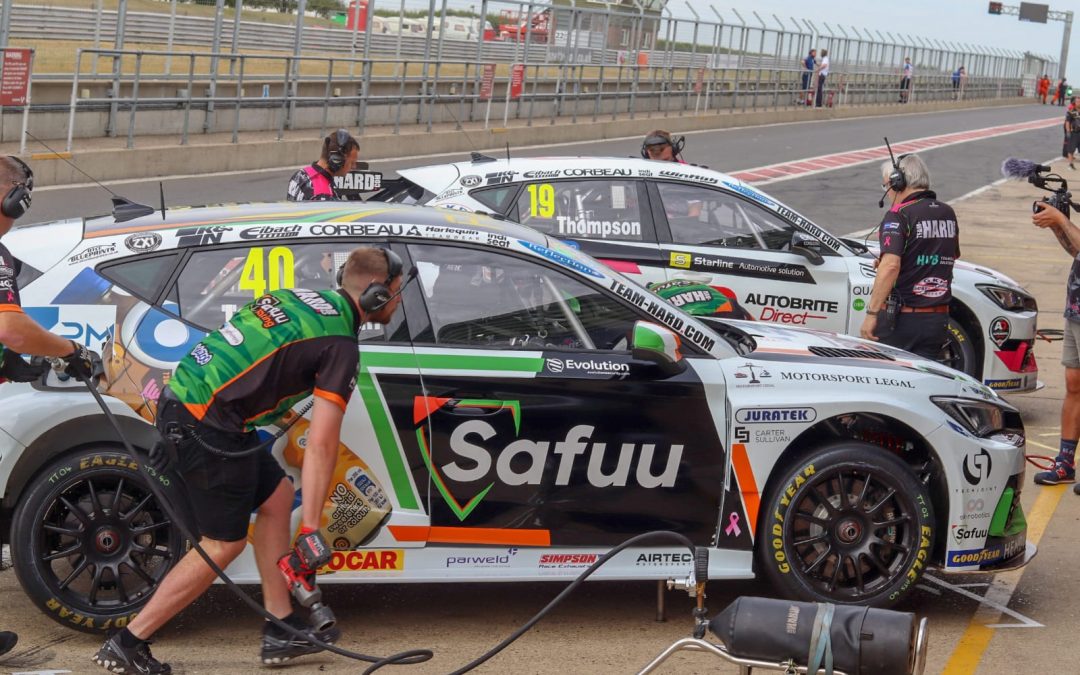 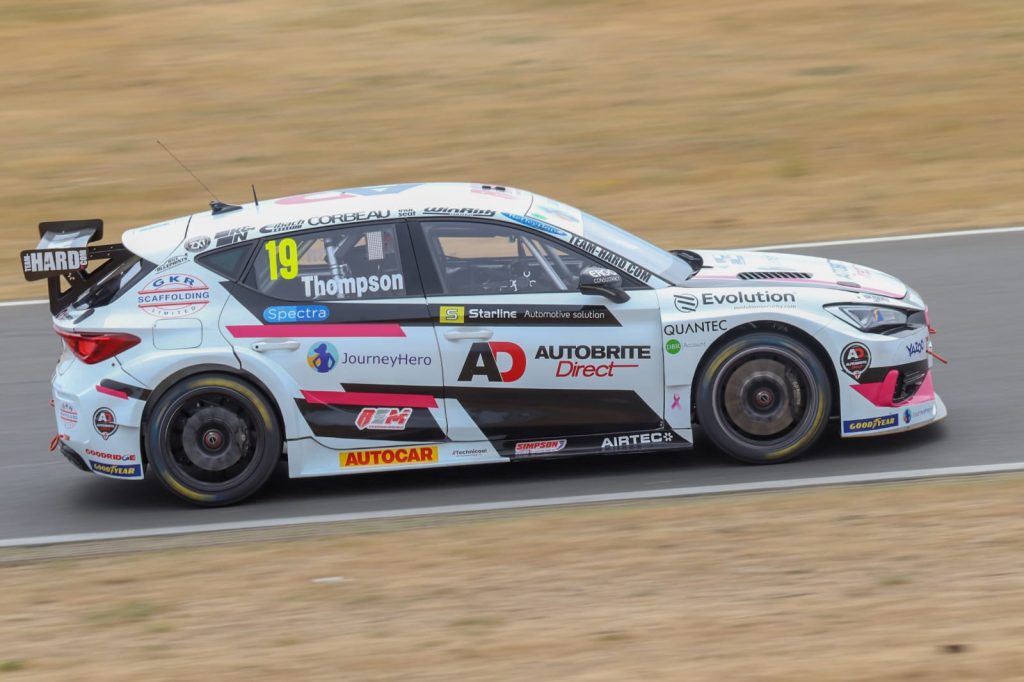 Bobby Thompson: “So two days done at the Goodyear tyre test at Snetterton. Lots was learned with some bits that we will take into the 2nd half of the season and some things that we will leave behind. It’s good to finally put these setup questions to bed. Real positive stuff overall, I’m happy.

“I still think we have a car that can sit in the top five which is a real positive. We have definitely come away from here with a decent qualifying car, something that we have been lacking so far this season. The car feels decent and with that we can attack everyone at Knockhill and move up the championship.” 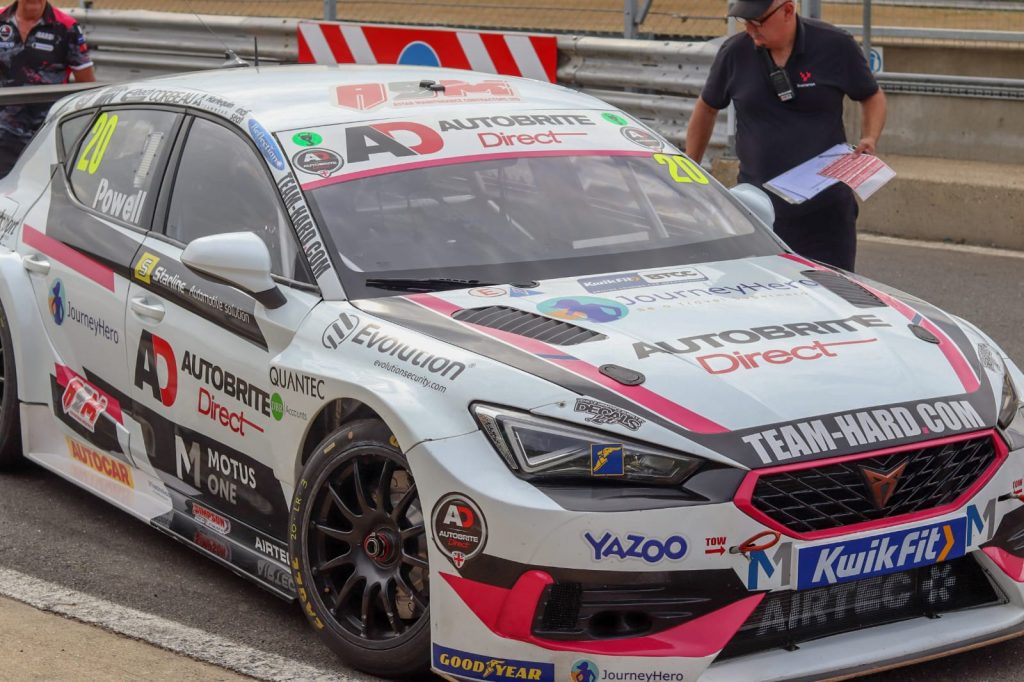 The test was the first time Will was able to test the Cupra outside of a race weekend. Photograph: Scott Jacobs

Will Powell: “I’ve been excited for this two-day test as it’s the first opportunity I’ve had to drive the Cupra Leon outside of busy race weekend schedules. That gives me and the team more flexibility to try different setups with the car and gets lots of laps to try things and explore the limits.

“The race meetings are so intense that you can’t really afford to try something and make a mistake in any session but here we can. The high temperatures have put a lot of stress on the cars but as a team we made good progress, particularly in terms of understanding our qualifying pace.

“I put in a couple of race runs with a good spread of pace on par with my team mates. So overall we’ve achieved many of the goals that we set for ourselves and while we are not right at the sharp end in terms of outright pace, we are making big steps in the right direction.” 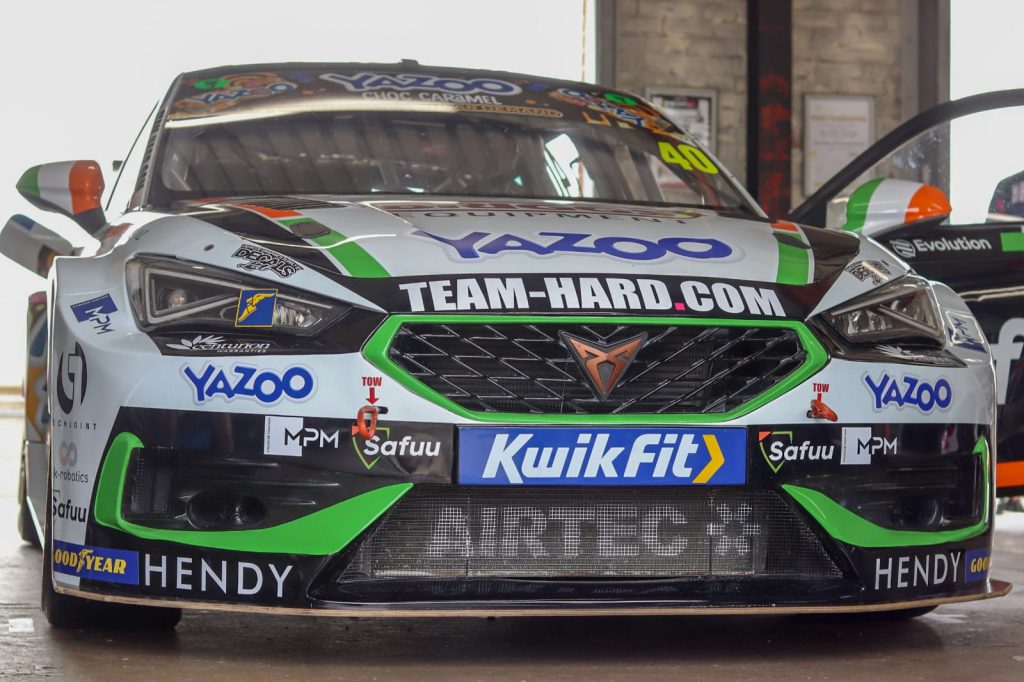 A mixed couple of days for Aron who suffered an engine part failure on day one. Photograph: Scott Jacobs

Aron Taylor-Smith: “The two day tyre test at Snetterton is always a pivotal point in the season because you get to try things on the car that you haven’t tried before and explore avenues that over the rough confinements of a race weekend you just don’t have the time.

“We went there with an entirely different set up on the car and to be fair it has been beneficial because it’s kind of the first time we’ve been able to work as a complete team with a baseline car to tweak and develop. Obviously, we were pretty unfortunate on the first day, what I describe as a 50p seal, like a little rubber silicon seal broke in the engine which meant the engine, gearbox and everything in the engine bay had to come out which prevented us from doing any meaningful running on day one.

“Luckily the 2nd day had a very productive morning. The sun was out so we got to do plenty of hot lap running, I would say it was borderline too hot because all of the cars up and down the grid were struggling with the temperatures and trying to find the right time to run was tricky as at one point the track temperature was like 47 degrees!

“In general, from the Cupra side I think it has cemented the fact the team are on the same page and we can develop a setup moving forward that will kind of get us the that qualifying pace that we have been lacking to date.

“So, I think it has given me some really good direction, really good indications of what’s capable with the car so now we have another two and a half weeks to let the dust settle before we head up north. Between now and then we go to Alton Towers with Yazoo which is a pretty cool day in itself. So yeah, I’m leaving the test happy and we obviously have areas to further improve on and now is the time and this last little push to really make the most of the 2nd half of the season.” 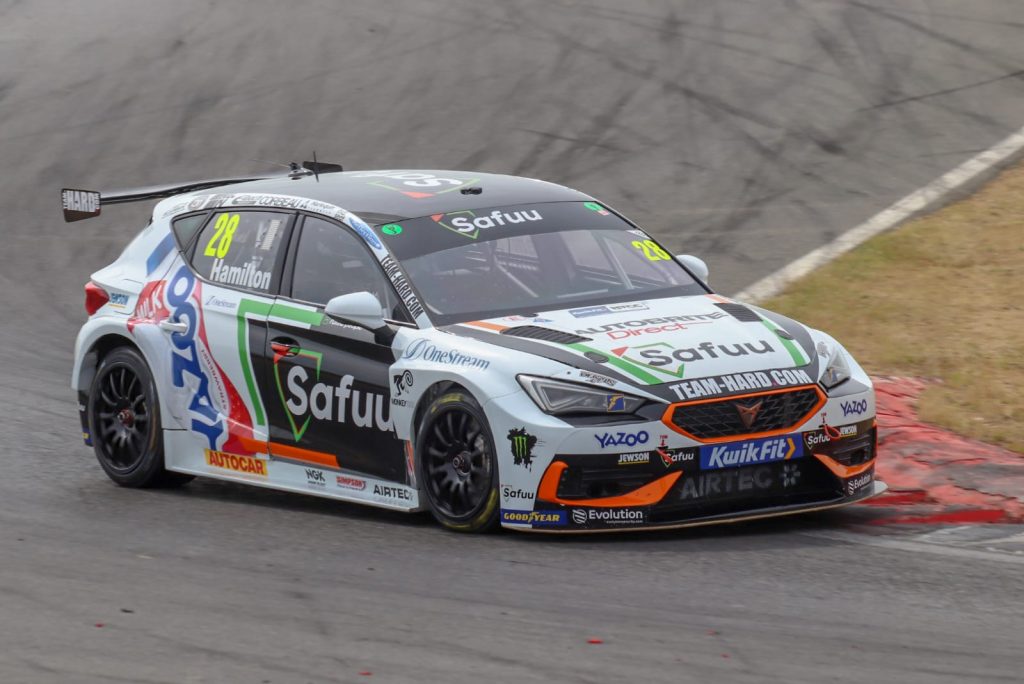 Nic Hamilton: “Very productive tyre test for us. We had a lot to go through, a lot of programmes that we completed which as good.

“I feel like as a team we have really progressed the platform forward mainly for us as we made a huge change overnight which basically meant that we basically went to Bobby’s setup and for me it completely transformed the car. On the 2nd morning it was the most consistent and strongest race run I’d say I’ve done in a touring car which was really cool.

“Obviously with Snetterton the track changes like the weather in terms of pace and speed. So, I was on old tyres at the wrong time but we weren’t really in it for lap time but race pace was very strong. We went out at the very end of the day on new tyres and it was a little bit too hot and we just struggled for balance. But, that’s the whole point about testing and we now know exactly what to do for FP1 going forward.

“Overall, I think it’s been an amazing two days and the boys and girls at Team HARD. have done an amazing job and for me. I feel like I’m progressing a lot more and a lot faster than I have been in previous years. So, I leave here pretty happy but there is still more work for us to do and we’ll wait and see what happens when we get back in action at Knockhill.