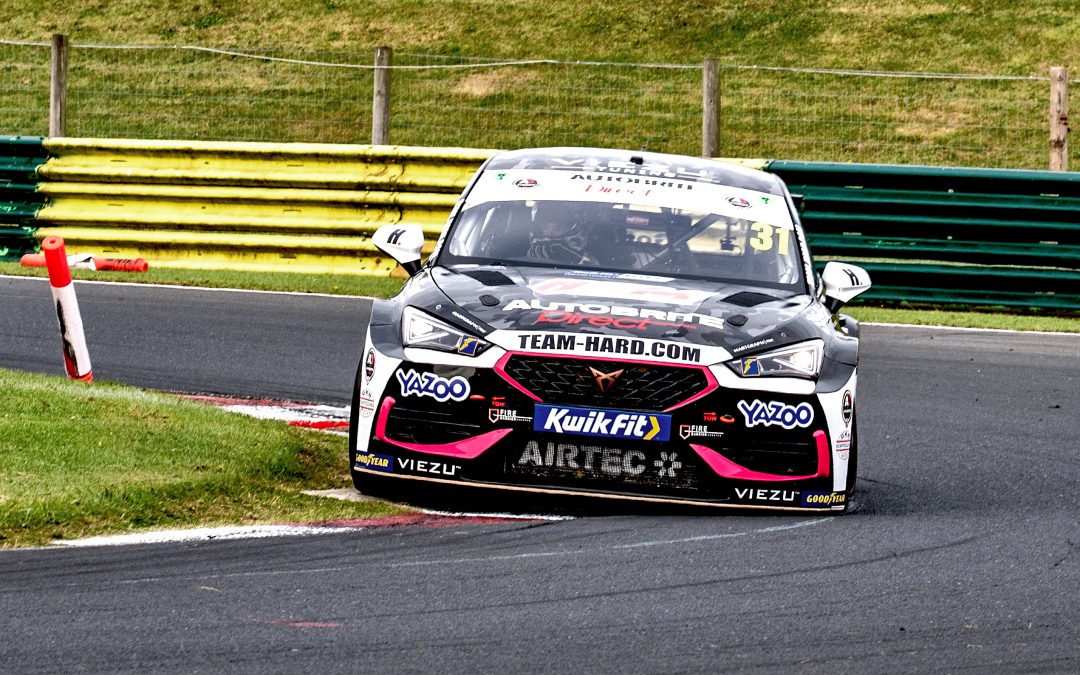 Jack Goff: “Today’s racing was a day of what might’ve been… It was great to see there was good pace in the car, with Aron who made places up the field despite having incidents.

We have made good improvements on the chassis and the car is feeling good through the corners; however, our straight-line speed has changed since the start of the season, we are struggling in that area now and it’s something we will be working hard to overcome heading to Silverstone which is a power-dependent track.

In terms of the racing, I’m yet again on the receiving end of bad driving standards in my opinion. Two of the three races were pretty much ruined by the second corner of the opening lap and in the final race some big damage was suffered – with the whole grid going into turn 1 I was on the outside and suddenly swiped out by a divebomb move down the inside, and because of the sausage kerb the car was pushed further and off the track. We’ve been running on the track for 2 days now, we’ve done a lot of laps, so I don’t know why people are still using that method into turn 1.

But thanks to the boys and girls at Team HARD., as they’ve done a really good job and I just feel sorry for them that they now have a busy week ahead in getting the cars ready for this quick turnaround to Silverstone at the weekend. Hopefully, we can put this one behind us and get back to where we were at the beginning of the season fighting for good solid points on a consistent basis.” 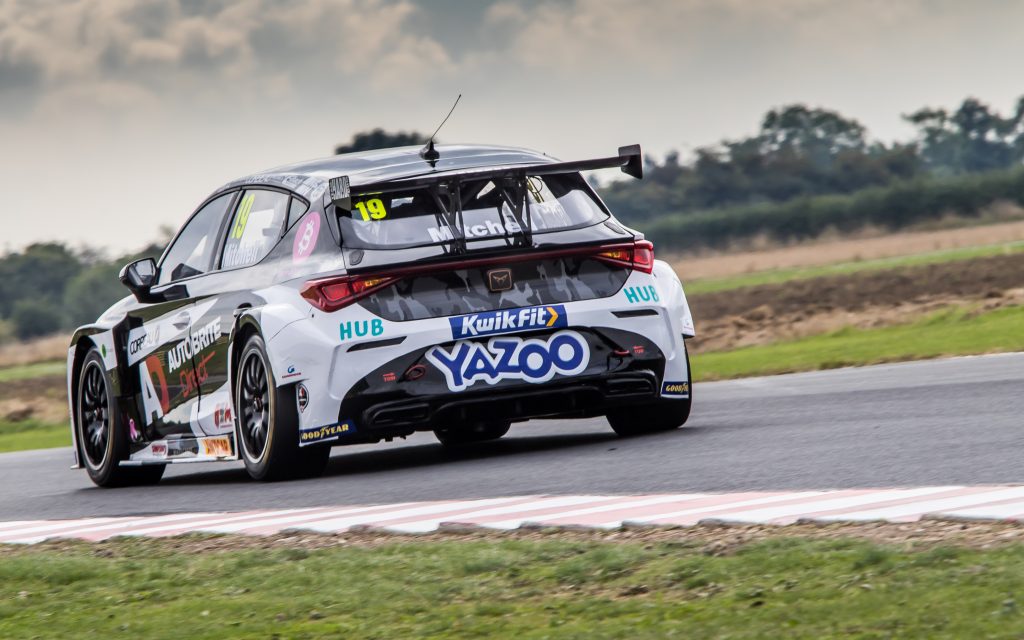 Jack Mitchell: “Overall, Croft was a positive weekend as we made some big steps with myself and the car. Missing FP2 put me on the back foot so I didn’t qualify where I wanted to, however, I found the time I was missing in race one and was moving through the field finishing 20th, which is my best position in touring cars. In race two I found good pace in the car and was hanging onto the back of the pack with my teammate, Jack Goff, but unfortunately, we were just lacking a bit of straight-line speed so couldn’t make any moves, but the pace was promising. Race three was looking likely to bring a very good result if I managed to stay out of trouble, but with 30 cars going into turn 1 it’s not always meant to be and unfortunately, we had to finish on a DNF.

The changes the guys have made to the car have really made a difference and given me a fighting chance going into the next round at Silverstone, which I’m feeling positive about, and hoping that I can work to get that first point on the board for me in Touring Cars.” 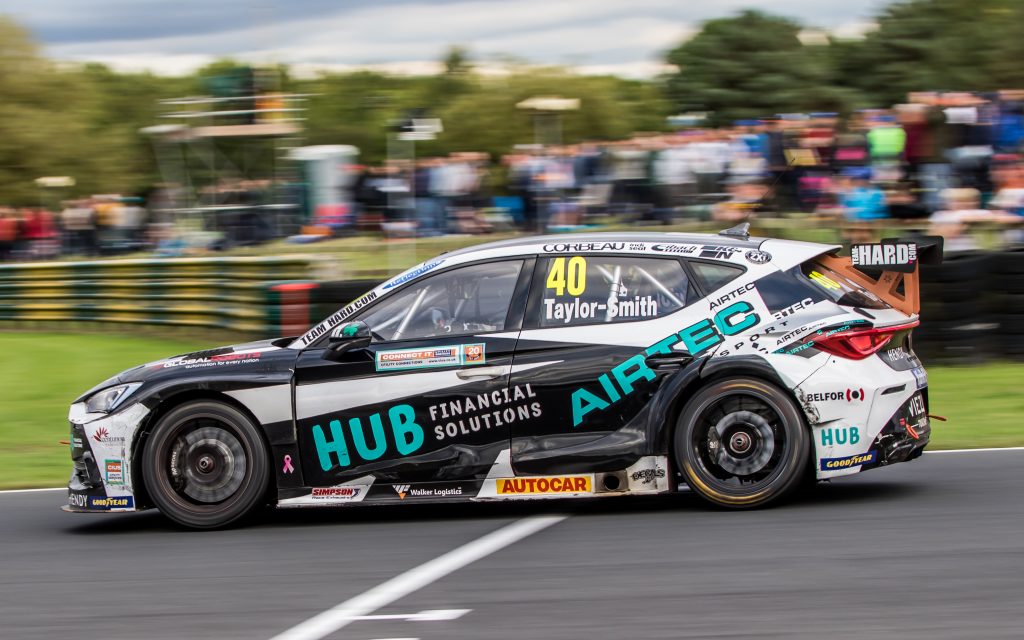 Árón Taylor-Smith: “To sum up Croft I’d say it was a weekend of a lot of positives. I felt our pace on Saturday was the best it’s been all year. Obviously, we had a little bit of a mishap in qualifying when the red flags caught us out and prevented what I felt would’ve been our first top 10 in quali, so that’s a shame. However, race one gave us the chance to show the work that everyone in Team Hard has done with the progression of the car – being able to go forward from 22nd to 14th is no small feat with a grid that’s so competitive. I think if we weren’t caught up in another driver’s incident in race two, we probably could’ve caught the reverse grid and had a real shot at race 3, but that is life! We started back in 22nd for race three and this time made up 10 places to get to 12th, so I’d say that’s my best race of the year. Our pace was as good as the leaders’ which is the first time all year we’ve seen that throughout the course of the weekend and is a massive step forward in what the Cupra has been doing to date. And I think to add to that positive is how we’ve boxed off one of the main issues that we were trying to overcome in the last few rounds, and we now only have small details to focus on at Silverstone.

So, I feel I’m going to Silverstone with a very good plan of what’s needed with a car beneath me that can challenge at the front of the grid. The guys and girls in the team have a lot of work with such a tight turnaround and my appreciation for their level of work is beyond belief.” 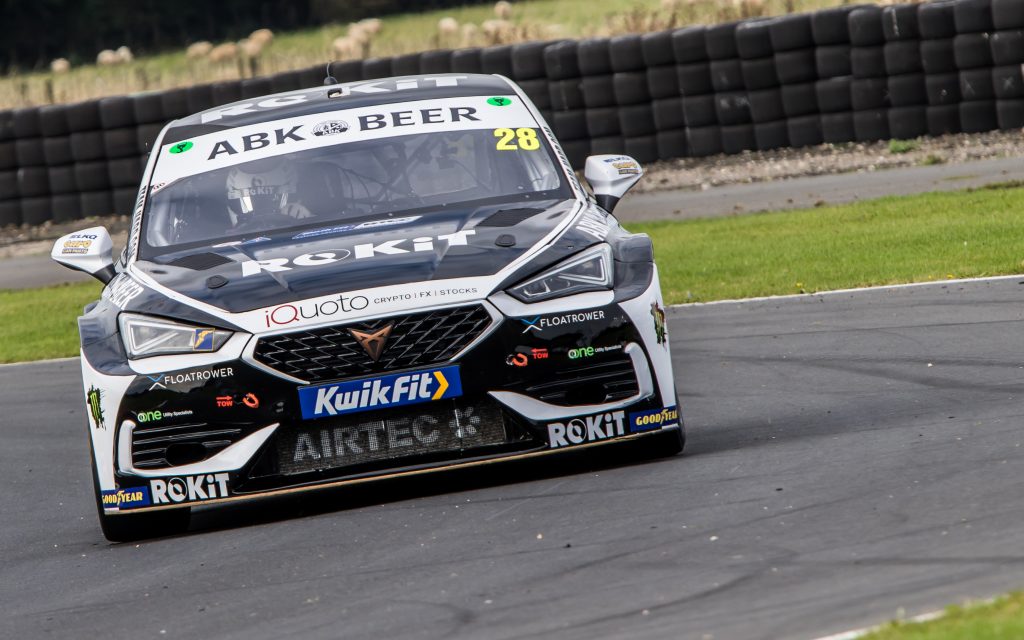 Nic Hamilton: “Race one today was all about maximizing track time and we did just that. Our race pace was really strong and comparative to my teammates and the cars ahead of me. I’d say we were struggling with the straight-line speed in the race, but our chassis is heading in the right direction. Race two was a shame – we were where we needed to be, but it all concertinaed up in the hairpin under safety car when a car hit another car in front of me and I ended up going into the back of them – credit to the guys in Team Hard for getting the damage repaired and car ready for the final race. In race 3 we were on the soft tyre which went off quickly – quicker than expected – but pace-wise was decent, we just lacked overall consistency towards the end of the race. But that’s what racing is all about, that’s why we’re here, and that’s why we love it so much. Hopefully, we’ll have a more straightforward weekend as a team at Silverstone.”