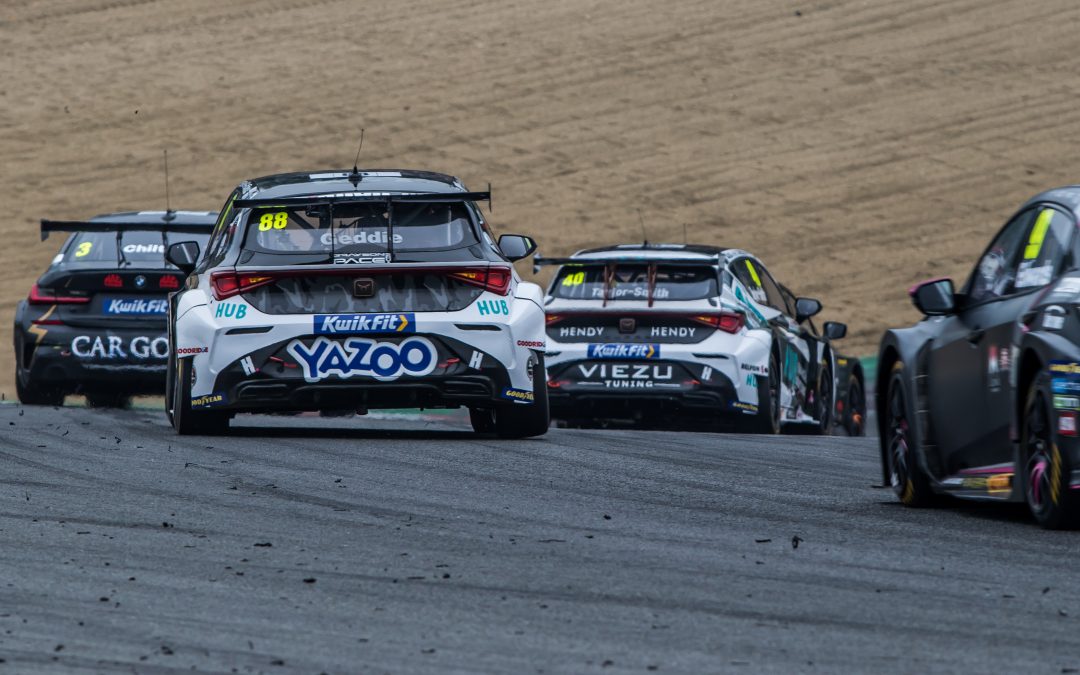 Find out how our CUPRA drivers got on this Sunday at Brands Hatch for rounds 7, 8 and 9 of the Kwik Fit British Touring Car Championship.

Jack Goff: “Another solid day. It’s nice to continue our points scoring run and a podium was pay back for all the hard work that the boys and girls at the team have put in over the winter. Hopefully, this is just the start. We are chipping away at it, and we know where our weaknesses are which we are going to focus on at the Goodyear tyre test. If we can cure those, I think we will be challenging for podiums a lot more in the near future”. 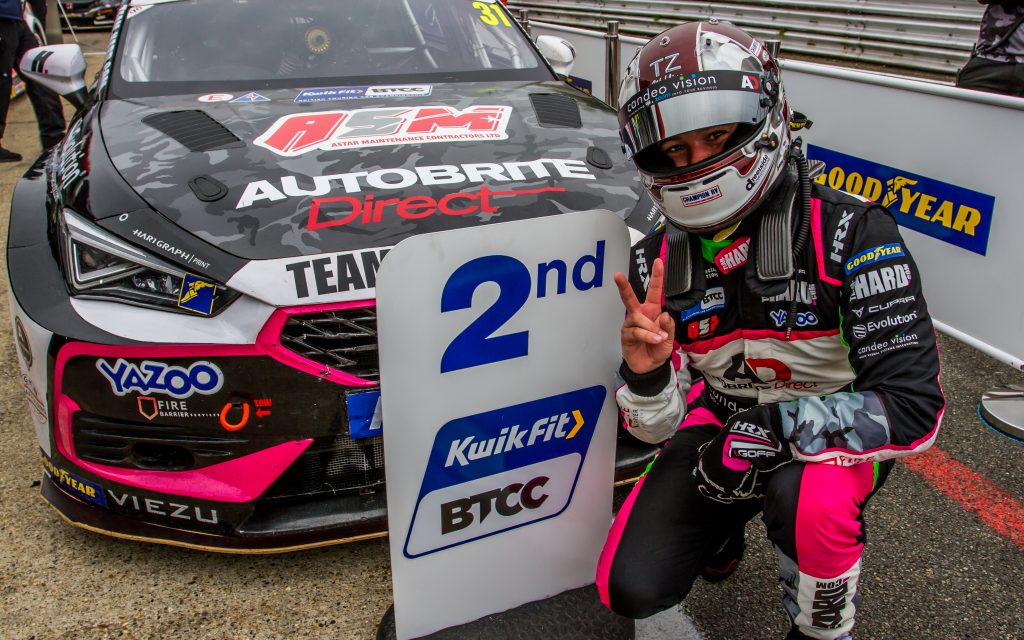 Aron Taylor-Smith: “To me this weekend felt like a turning point for what the CUPRA can do. We saw what the pace is like in free practice but unfortunately, we just didn’t unlock any performance in qualifying which put us on the back foot. Races 1, 2 and 3 all went well. You can’t overlook the fact that we are racing against multiple race winners and champions this year in all 3 races.

“I do believe the CUPRA is starting to get to where it needs to be in order to challenge at the front. For me, at the two-day test next week we will really be focusing on qualifying and making sure that we can find a set up that can extract that one lap pace as I firmly believe that if we start at the front, we will remain at the front.

“I’d also like to say that I’m really happy for Jack. He thoroughly deserves that podium and the team too. It’s the start of what’s to come and hopefully, we will be up there with him at the next one.” 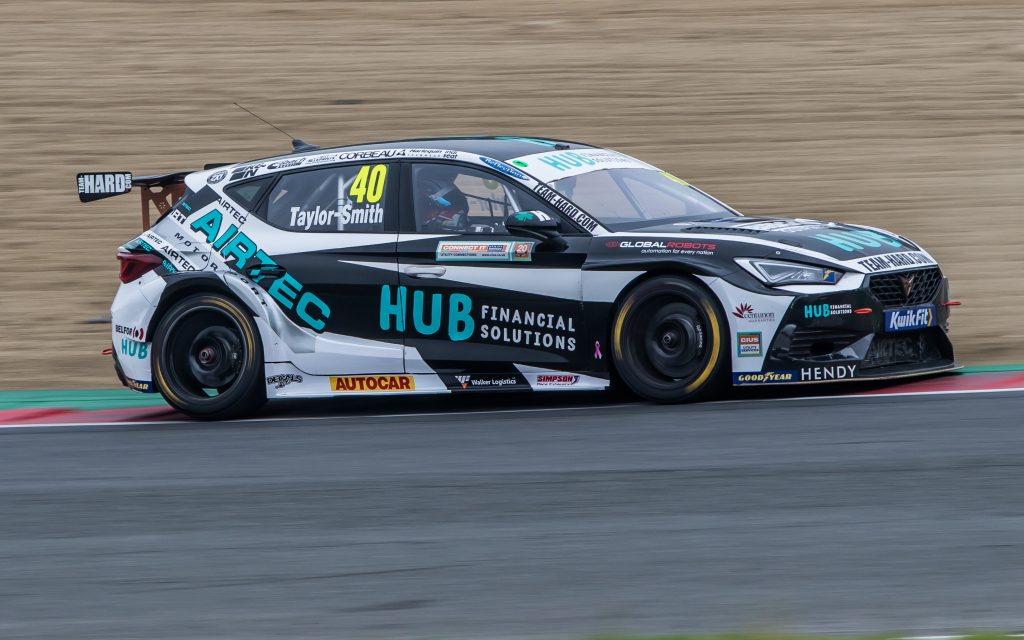 Nic Hamilton: “I had a very mixed weekend. Obviously, we want more as a team and I want more as a driver, however we are really making progress when it comes to race pace which is important. We just need to work on outright pace in qualifying to get us a bit further up the grid, but it’s a process.

“I know that I have a better race car than I do a qualifying car, so going into race 1 my target was to stay consistent and stay with everybody. We made some great moves in race 1 but I was struggling with my braking. I struggle to produce that initial peak pressure that you need to stop the car effectively with my left leg because of the biomechanics of my leg due to my condition. We have got a lot of things we need to try and change and improve to do that to stop me from overshooting the corners and outbraking myself.

“In race 2 we were just as competitive and strong which is a massive improvement from the last two rounds, and I really got stuck in. Then, going into race 3 we made a big change to try and keep the car alive for longer towards the end of the race which is where we struggle a lot. Unfortunately, I tapped Parfitt and caused some slight damage to my front bumper but it caused an issue with the ignition, we lost power and straight line speed and I had to pit which was pretty much the end of the race. However, I did get back out and tried to develop the car for the rest of the season. It’s all about keeping consistent and keeping the car alive through the race.

“I’m quite positive and will try my upmost to get myself as high up the grid as possible. We have a lot to come and a two-day tyre test coming up. I’m really looking forward to that and we still have 7 weekends left- I’m sure we are going to get further up the grid, get stronger generally and get some good results.” 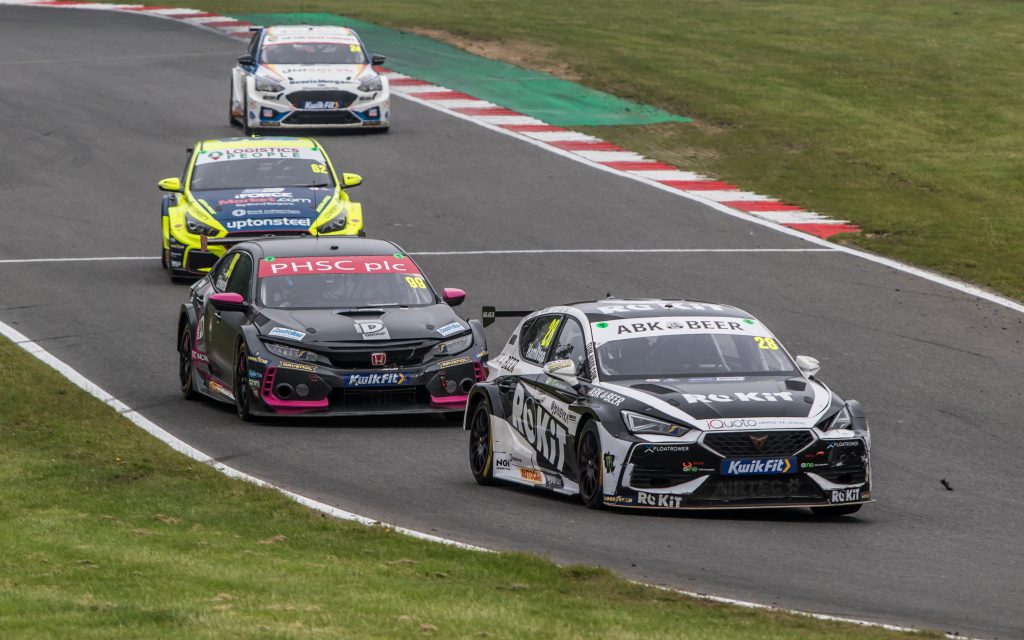 Glynn Geddie: “Tricky day at the office on Sunday. The pace was there in the car and if I look at the lap times in detail we are just as quick as Jack and Aron. However, because we are out of position in qualifying it’s very difficult to overtake, especially at Brands Hatch. I think that was also proven throughout the day with the other drivers as well. When you’re stuck in a pack, you’re always only as fast as the car in the front of that pack which made it extremely difficult.

“Unfortunately, I had a bit of a tangle in race 2 which meant that the engine started overheating as there was grass in the intercooler and radiator which forced us into another race 2 retirement. That was extremely frustrating as we were making some good progress up the field and running as high as P20 at one stage.

“That put us on the back foot again for race 3 where we weren’t able to make up enough places to get our first point of the season. On reflection though, I have to be pleased with the pace and I’m just hoping my luck changes so I can have a clean weekend next time out at Oulton Park”. 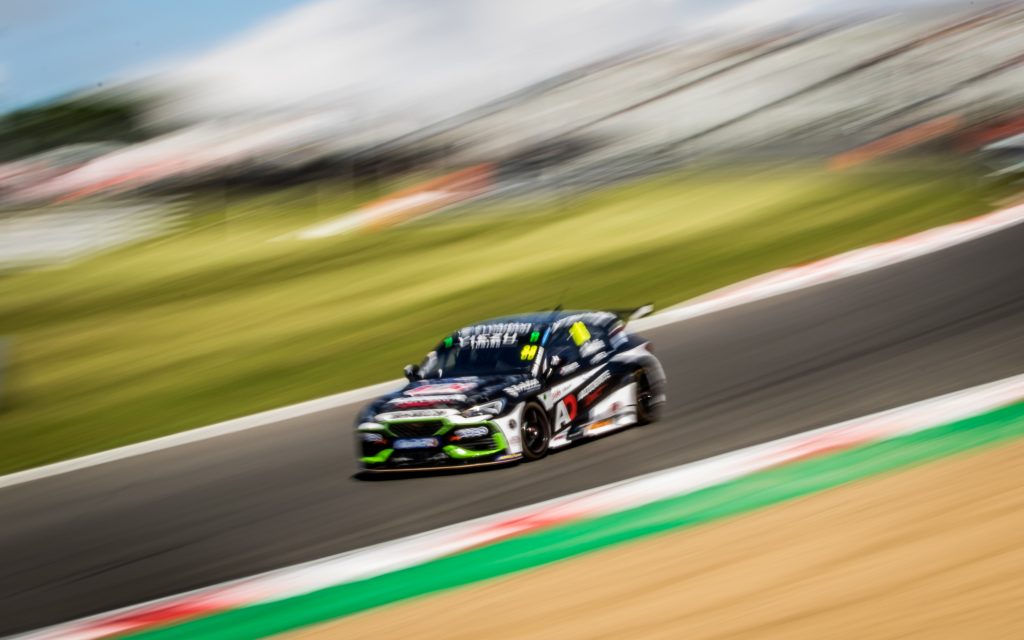