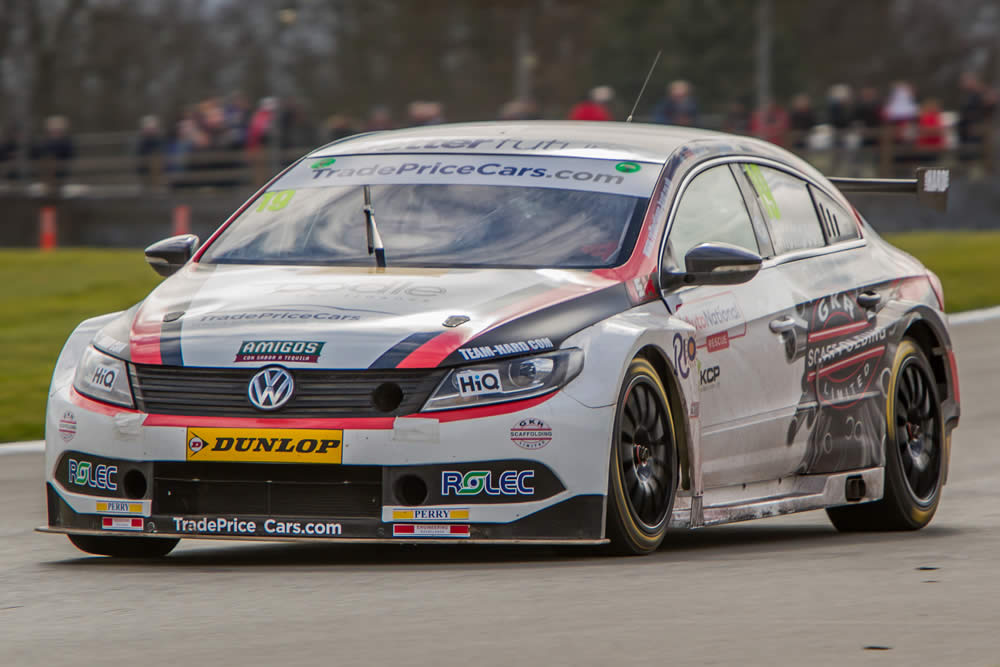 The long winter off-season is finally over for 21 year-old Bobby Thompson, who, on April 7th and 8th, will take his place on the Dunlop MSA British Touring Car Championship grid for the first time at his home circuit of Brands Hatch for rounds one, two and three of Britain’s premier domestic racing series.

Four months after confirming his place on the Team HARD with Trade Price Cars roster for the BTCC’s record-breaking 60th Anniversary season, the reigning VW Cup Series Champion makes his series bow at the same venue that the championship itself sprung into existence six decades previously.

Not only does Hornchurch based Thompson make his debut at the track he calls ‘home’ but Brands Hatch is arguably the venue where the 2018 BRDC Rising Star enjoyed one of the finest weekends of his career to date last year when he dominated the VW Cup Series event at the 1.21-mile Brands Indy circuit.

Pole Position, a series lap record and a brace of race victories such as he achieved on his way to the VW Cup title last year may be a little too much to hope for against 31 of the best Touring Car drivers in the world but Bobby knows he and his #19 GKR Scaffolding VW CC aren’t just here to make up the numbers.

“This weekend is going to be challenging both physically and mentally with three 24 lap races,” says Bobby. “I’m under no illusion that it will be a massive learning curve and nobody is setting any specific goals for the weekend. We just want to get the car home in one piece in each session and continue to learn and improve after our winter testing.

“Brands is going to be fast, frantic and very close all through the grid. I want the other drivers to respect me and I know I have to earn that respect. Racing them hard but fair, staying out of trouble and getting to the chequered flag and repaying my team, sponsors and fans with some points will be a good place to start. I can’t wait.”

Race fans should keep their eyes peeled for copies of ‘The Bobster,’ Bobby’s very own light hearted Newspaper that will be available for free during the weekend. But if you can’t find a copy, there are plenty of ways to watch Bobby’s debut BTCC weekend, which are listed below.
Catch Bobby on Track: