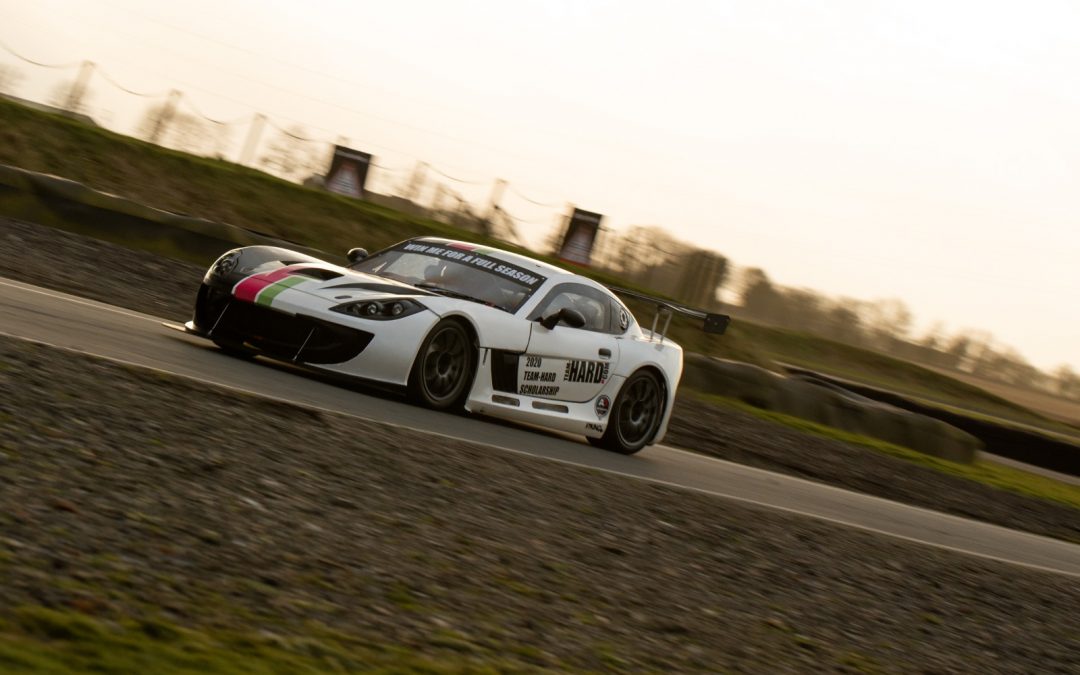 Eric Boulton will make the step into the Millers Oils Ginetta Supercar Championship at Thruxton for rounds 9,10 and 11 of the series. Team HARD. Racing have competed in the Supercup for several years but initially decided to take a step back for the 2020 campaign. For Boulton, Thruxton will be his first outing in the championship after competing in the Britcar Endurance championship at Brands Hatch earlier in the season in the teams Porsche 911 GT3 Cup Car. Boulton secured 2nd in class in his first outing with the team.

Tony Gilham, Team HARD. Racing, Managing Director said, “we first met Eric at the RCIB Insurance scholarship with Team HARD. back in January and he really impressed the whole team with his speed and composure behind the wheel. Whilst he didn’t win the competition his name was in the hat throughout.

We connected again during the COVID-19 shutdown to discuss his performance and how we could work together moving forward. We saw a gap in the calendar for Eric to partner Nick in our Porsche in one of the Britcar Endurance events which looked to suit. The weekend was fantastic, and Eric adapted to a car he had never driven extremely quickly; the whole team were very impressed.

I’m looking forward to being back in Supercup action this weekend and will be keeping a keen eye on Erics progress as he mixes it with some of the series more established drivers.”

Boulton added, “I’d like to thank Team HARD. Racing and my sponsor Keverics Custom Fabrication for this opportunity in one of the top single make series in the country. I am proud to be part of such a great programme supporting the Kwik Fit British Touring Car Championship and I can’t wait to get going.

Despite the current situation in the world, 2020 in terms of my racing has been the best yet. I took on the Team HARD. scholarship back in January, narrowly missing out on the final which was disappointing, but a great experience and I learnt a lot from Tony and the team. Tony offered me a drive in his Porsche 911 GT3 Cup Car back in July which was an amazing experience and has set solid foundations for me to start my racing career. Now it’s time for the next chapter starting with the Ginetta Supercup this weekend.”

Gilham went on to say, “we believe Eric has the potential to go a very long way in Motorsport but experience is vital in maxing your potential which is why we have made the decision to enter Eric into the Ginetta Supercup this weekend, a new championship and a new car will only add Eric’s racing portfolio.”