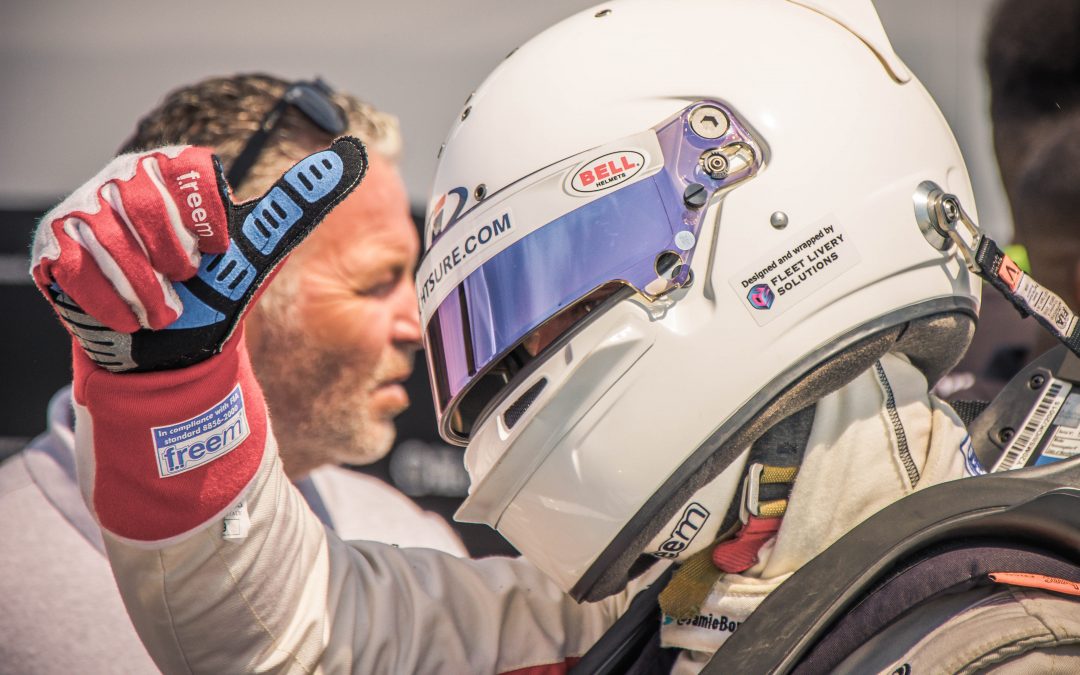 Jamie Bond, the 2018 VW Racing Cup champion is to defend his title as he remains with Team HARD. Racing for the forthcoming season. Jamie has been with the team since 2016 and came 3rd in the championship in 2017 before winning the series last time around.

Managing Director of Team HARD. Racing, Tony Gilham worked hard to get Jamie back on the grid for 2019. “Jamie and the team work brilliantly together and winning the VW Racing Cup title was more then deserved last year. Jamie showed brilliant consistency on his way to the championship and even when times were tough, he stayed motivated and determined to win.

Seeing the number one car on a grid is very rare these days so to see number one on one of our cars is going to be a very proud moment for me and the whole team. We have been the team to beat for the last two years in the VW Racing Cup and we are aiming for a hat-rick of championships this time round. We have a fantastic team in the series, and I have full confidence that we will deliver the championship again, Jamie has every chance to claim another title.”

Team HARD. Racing have been at the forefront of the VW Racing Cup for a number of years, winning the series in 2007 (Tony Gilham), 2017 (Bobby Thompson) and 2018 with returnee Bond. Bond, who claimed three race wins en route to the title in 2018 is hoping build on lasts seasons dramatic title success.

“I’m really excited about returning to the Volkswagen Racing Cup this season to defend my title. It’s been a tough few months sorting trying to put everything together to get back onto the grid but with the help of my existing sponsors (Oakleaf Heating, Wrightsure Insurance and Fleet Livery Solutions) and Tony at Team HARD. Racing we have made it possible.

I have one aim this year and that is to win the championship. Last season was full of ups and downs but in the end, we came out victorious. I’m hoping with the hard work and changes that have been made over the winter period we can have a smoother run to the title in 2019.

I would like to thank Team HARD. Racing for getting me back onto the grid, without them this wouldn’t be possible. Oakleaf Heating has taken up the role as my title sponsor this season and I’m looking forward to working with all my existing sponsors for another championship assault.”

The news of Jamie returning to the VW Racing Cup as champions gives him the option of running the coveted number 1 on his car for 2019, something that he of course opted for. You can catch Jamie and the team defending their title LIVE on Facebook throughout the season with highlights being shown on Channel 4. Jamie is the one to beat in 2019.