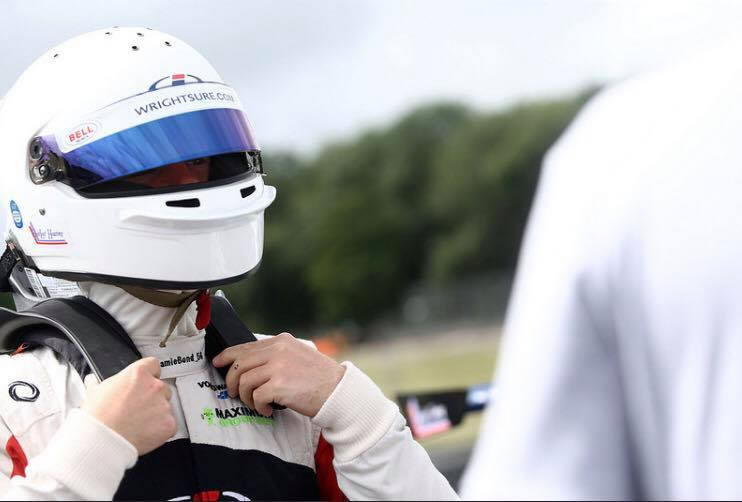 Team HARD. are delighted to announce that it’s VW Cup driver, will pilot one of the VW Passat CC BTCC cars at the up coming tyre test at Snetterton, Norwich.

Bond who currently sits 3rd in the VW Cup standings will jump into Bobby Thompsons car for the second day of the tyre test. With the car and Bobby getting into a groove together at Croft with an immense drive in race 3 the pair are hoping to bring the car forward and extract more pace in preparation for Round 6 in the BTCC which is also at Snetterton.

The Wrightsure Insurance backed driver has had mixed fortunes so far in the VW Cup with a puncture at Silverstone and Fluid on the track at Rockingham preventing him standing on the top step. But Bond is confident that he can help Bobby get the most from his CC “I raced against Bobby last year and we had a good battle to the title, it was decided on the last race of the season. I’ve spoken with Bobby about his experience so far this year in the BTCC and what the car is like, so I can get as much of an understanding of what to expect. I was also asked to attend a shake down before Croft where I got to drive all 4 of the Team HARD. CC’s. This taster has made me even more excited to get behind the wheel.”

Team Boss Tony Gilham said of Bond jumping into the CC “Bond is a great talent behind the wheel which is clear for people to see with some of the drives he has produced over the years in the VW Cup and with the backing of Wrightsure Insurance and Oakleaf Heating I’m sure he will show that natural skill at the test. As part of the driver development programme within Team HARD. it was logical for us to get Bond in the car to see where he sits in relation to other drivers, as we believe he can make the step up from VW Cup just as Bobby has this season. With the similar driving styles, we hope that between them they can unlock some more pace out of the car at the test.”

Bond finished with “I’m so please to be getting into the CC, I’ve driven the old Team HARD. Avensis and the Maximum Ford Focus so I’m looking forward to the feeling the difference in the cars and how I compare to some of the best drivers in the UK.”

The BTCC Tyre test is this Wednesday and Thursday the 11th and 12th of July.