Bobby Thompson moves into the BTCC with Team HARD. 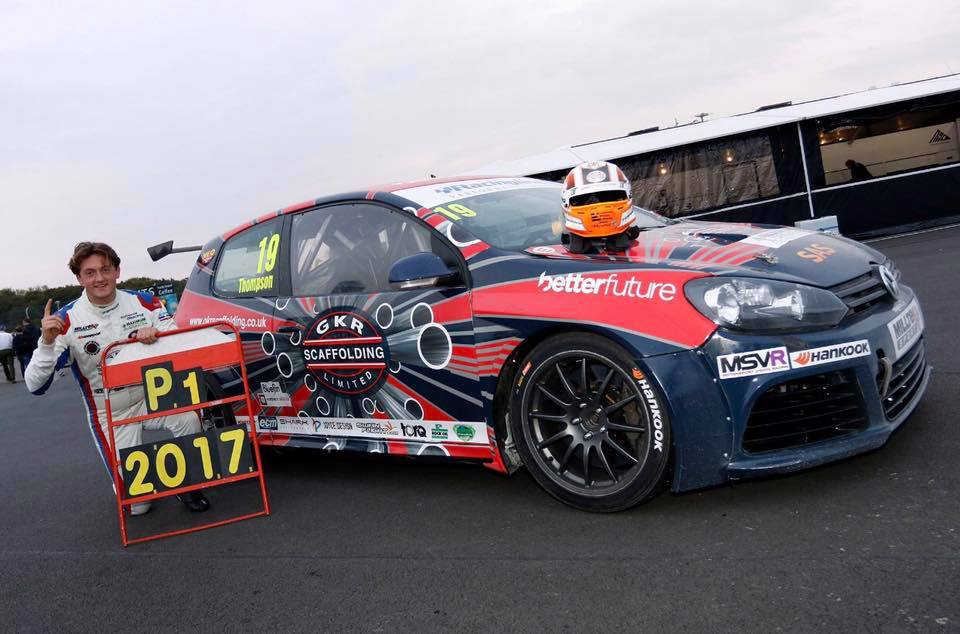 Team HARD has made the first move in the driver market this off-season, today confirming Bobby Thompson as its maiden signing ahead of the 2018 Dunlop MSA British Touring Car Championship.

Thompson will be entering his third season with the stable, following a highly successful campaign in the Volkswagen Racing Cup where he secured the overall title.

Team Principal Tony Gilham works hard to promote talented prospects through the Team HARD ranks and he feels the time is right for a move up the motor sport ladder into Britain’s premier championship, the BTCC, for what is a dream move for the young racer.

“Bobby is an outstanding young talent and we’re excited to see how he fares against the top touring car drivers in the country,” said Gilham. “We have a very strong package and we are improving all the time as a team.

“Bobby has already proven to us that he has what it takes to compete at the very top and it is great to have got this deal done very early to give us the maximum amount of time to prepare over the winter. It is a big step up but one that we believe he is more than ready for and have no doubt that he will do us proud.”

“I have had a fantastic year after winning the VW Racing Cup and now Team HARD have given me the opportunity to step up to the BTCC,” said the 20-year-old. “I’m absolutely over the moon, it’s been my dream for as long as I can remember.

“It’ll be a big step up, I’m sure of that, but I think we’re ready for it – we know what to expect. We had a test last year at Snetterton and it was amazing how much more grip there was available than in the VW Cup car. It’s more demanding and I’m already working on my fitness.”

“I’ve had three years with Tony really, starting back in 2015 in the VW Cup. I had a good year, finishing seventh or so in my first season then I topped it off last year coming into the BTCC as a champion. I’m so grateful to the team for making it possible and helping us to get on the grid and I’m pleased to have the chance to stay loyal. I can’t wait to get underway!”

Gilham added: “It is testament to the whole team and the unique concept that we have created, that enables us to be able to work with our drivers in this way and provide what is now the complete ladder all the way to the top level of British motor sport.

“In what is a very tough industry, what we have makes it possible for racing drivers like Bobby to achieve their life-long ambitions and more importantly, with the same team.”