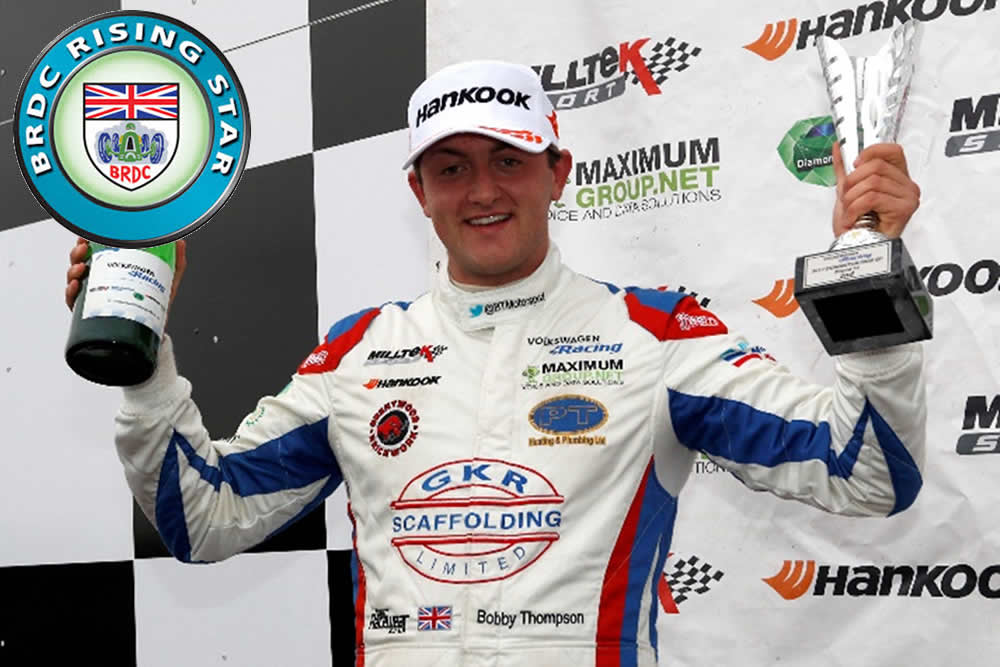 The British Racing Drivers Club have awarded Bobby Thompson the major recognition of becoming one of their BRDC Rising stars. BRDC Rising Stars has a proven track record of selecting only the best of individuals with Lewis Hamilton MBE and Alex Lloyd being two particular success stories from the Rising Star scheme’s history.

Twenty-one-year-old Thompson is the current VW Racing Cup Champion and will be competing in the prestigious Dunlop MSA British Touring Car Championship in 2018. The British touring car graduate was invited to the BRDC club house at Silverstone circuit to be presented with his prestigious accolade.

Thompson, who took six wins on his way to the VW crown in 2017 said “To be asked to become a BRDC rising star is something that I am very proud of and something I’m very much looking forward to being part of. The last few months have been amazing with winning the VW Racing Cup championship, signing to race in the BTCC with Team HARD and now to be recognized by the most exclusive club in motorsport is a dream come true.”

The BRDC rising stars scheme is to introduce potential new young members of the club to the BRDC at a formative stage in their careers and the logo will now be displayed on Thompsons BTCC VW CC in 2018.