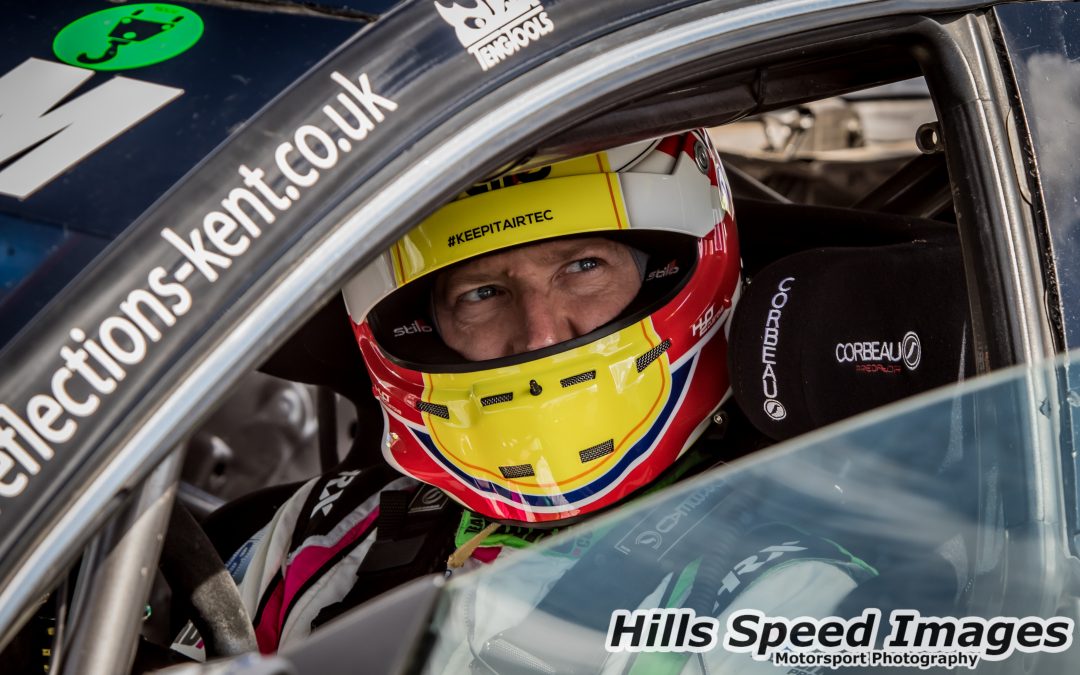 Team HARD. Racing are delighted to announce that Carl Boardley will remain with the team for the 2020 British Touring Car Championship campaign in a recently acquired BMW 1 Series.

Carl, who is a multiple National Hot Rod World Champion will return for another season with Team HARD. Racing with which he made his debut in the series in 2018. Carl has multiple years of experience in Motorsport and initially raced his Ginetta G55 in the 2018 Supercup under the Team HARD Banner.

Carl is looking forward to getting behind the wheel of his self – purchased BMW 1 Series for the first time over the winter.

“I’m over the moon to be back in the BTCC for 2020. I will admit that the 2019 season had its demons, but we used it to find our feet and understand the workings of the BTCC. The car has the potential to mix it at the front, so when this opportunity became available, I just had to jump at the chance.”

“There were several options available but when WSR mentioned the availability of an established winning car, I couldn’t help but take an interest.

I have a great working relationship with Tony and his Team HARD. Racing squad so this is a fantastic fit for everyone involved. I’m really looking forward to trying the BMW 1 Series out over the coming months as we aim to hit the ground running at the season opener at Donington Park.”

Team HARD. Racing are no stranger to rear wheel drive race cars with their current Ginetta involvement, but the addition of Boardley’s BMW 1 Series will be the team’s first taste of running rear wheel drive machinery in the BTCC as they begin to look at options for future seasons.

Managing Director, Tony Gilham is glad to have Carl back for a second successive season and is looking to utilise Carl’s experience to improve on the 2019 season.

“We have developed a great relationship with Carl over the years he been with us and the 2019 season was a challenging one, but there were still moments when Carl was able to demonstrate his natural ability behind the wheel.

I’m delighted that we have been able to bring the BMW name within our team, I loved the BTCC car I drove back in 2012 and I’m glad that Carl could get a deal with WSR to get them to hand over their hugely successful 1 series.

We have relative inexperience with rear wheel drive machinery in the BTCC but firmly believe that Carl is the man to help steer us in the right direction with it. His years of experience and race engineering ability are really going to aid the development and understanding of the BMW 1 Series.

I’m sure much of the BTCC paddock and racing enthusiasts know, that our time with our beloved Volkswagen CC’s is coming to an end due to the current regulations which means we have a maximum of two years left with these cars. It’s a good time to start exploring all avenues for the coming seasons as we look for a worthy successor. With the extensive developments we’ve made to the CC’s and the addition of the rear wheel drive BMW, this is the perfect start to this process!”

Carl made his debut in the BTCC with Team HARD. Racing in 2018 as a guest entry in the hills of Scotland at the iconic Knockhill circuit in Fife.

Carl will be looking to be amongst the points from the get go in his newly acquired BMW 1 Series as the championship heads to Donington Park for the opening round of the season over the weekend of the 28th-29th March.