Best weekend ever for Toby Davis 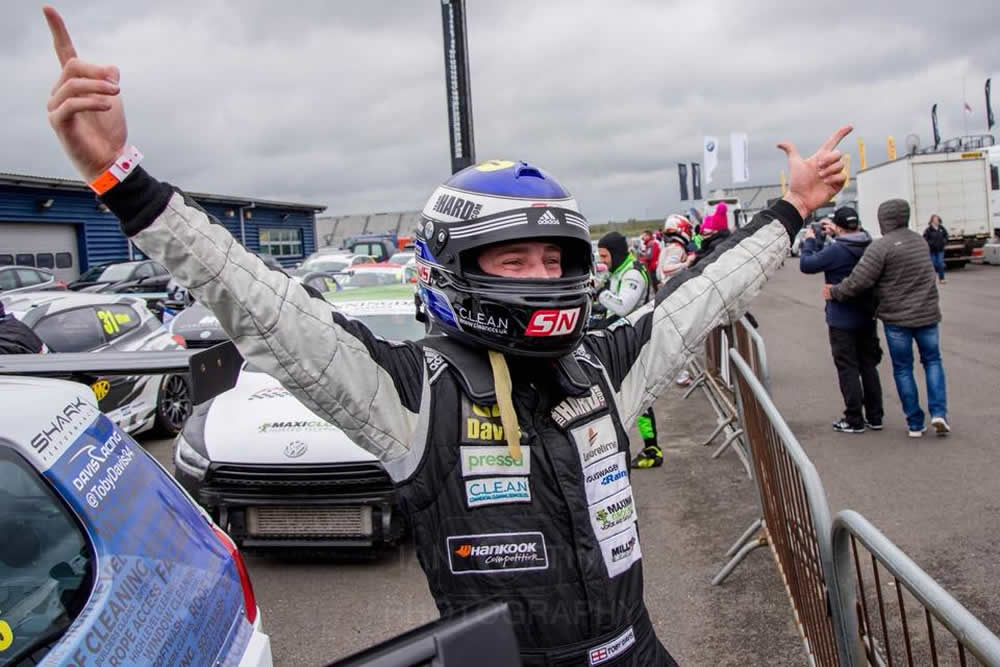 As I’m sure you all know, this weekend was by far my best result in the Volkswagen Racing Cup ever!

P3 in qualifying was a hard slog on old wet tyres, whilst everyone around me was on new. I knew at this point we would be competitive!

A great initial start to be P1 after two corners was wiped out due to the red flag. The restart meant my second start led to P2 after turn 2, which was soon reversed back to P3, although a rival put it on the grass. I then was passed again for P2, until the leader then made a mistake. I managed to reel in the leader after he picked up some damage, and because I had saved my tyres I was able to push hard, make a good move into T1 and then push until the end to take my first win of 2018!

Race two was pretty similar. A good start saw me gain some spots off the line, which soon became P2 after some good overtaking moves. I then battled away with the guys behind me before another red flag (due to oil) took a lot of cars out. I found myself in the lead for the restart, where I was taken out in turn 1 at over 100mph. Facing backwards on the grass wasn’t fun!! I managed to work my way back through the pack from P12 to 4th by the end (with some pretty risky moves). Third place was disqualified due to his move on me at T1, which meant I got a 3rd place!

So far this season I have had 2 thirds and a first, whilst the other race had been a DNF from a potential podium due to a small car fault that Team-HARD. Racing have worked tirelessly to fix, and my god have they fixed it!

The car is perfect. I’m in a very good place – I would be leading the championship if you account for the one dropped score we are allowed. I’m absolutely over the moon. 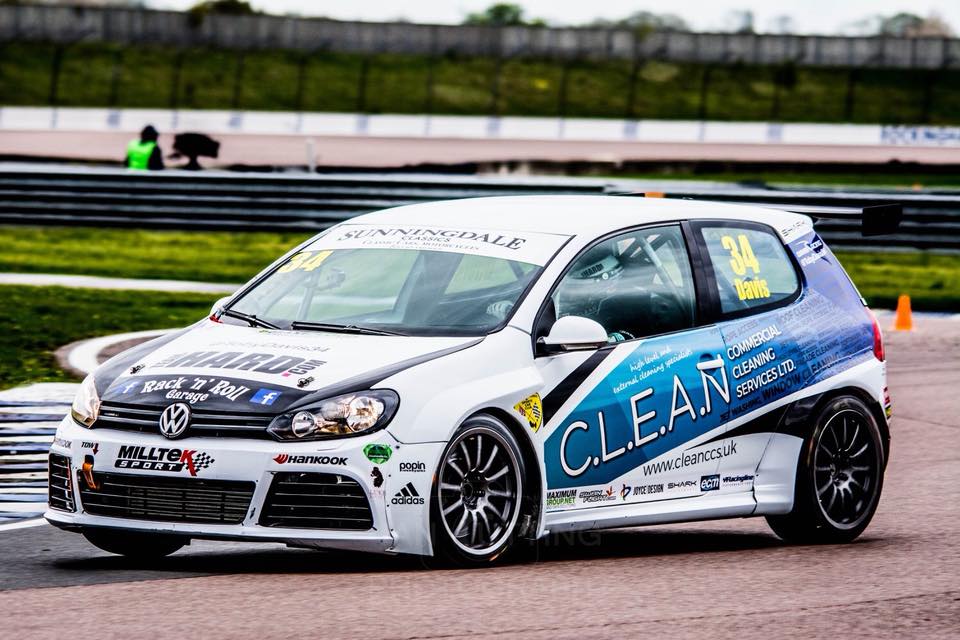 I can’t thank the team enough, but huge thank you also to my sponsors CLEAN Commercial Cleaning Services LTD in particular, without whom I wouldn’t be racing. Please give these guys a like and follow, they are an awesome company with amazing quality of work.

I also had a magical time with my fiancée once again in the Rack’n’Roll Garage – VW Conversion Specialist VW Transporter. Make sure you check out their stock of converted vans – the one I stayed in is for sale and I couldn’t recommend it highly enough.

Finally, thank you to Fyshe for their awesome adidas racing kit. It looks, feels and performs amazingly.

To all those who message me, or come to watch me racing, or who have personally congratulated me – thank you. It means the world. You guys make it all extra special.

The taste of champagne will never wear off, and I’m absolutely living the dream. I’m so grateful to be doing what I’m doing, and to do so is so unbelievable for me. I’m like a small child at a fairground when I go racing, and I know how lucky I am to be here. Thank you to everyone who supports me, in every way possible I am so grateful.