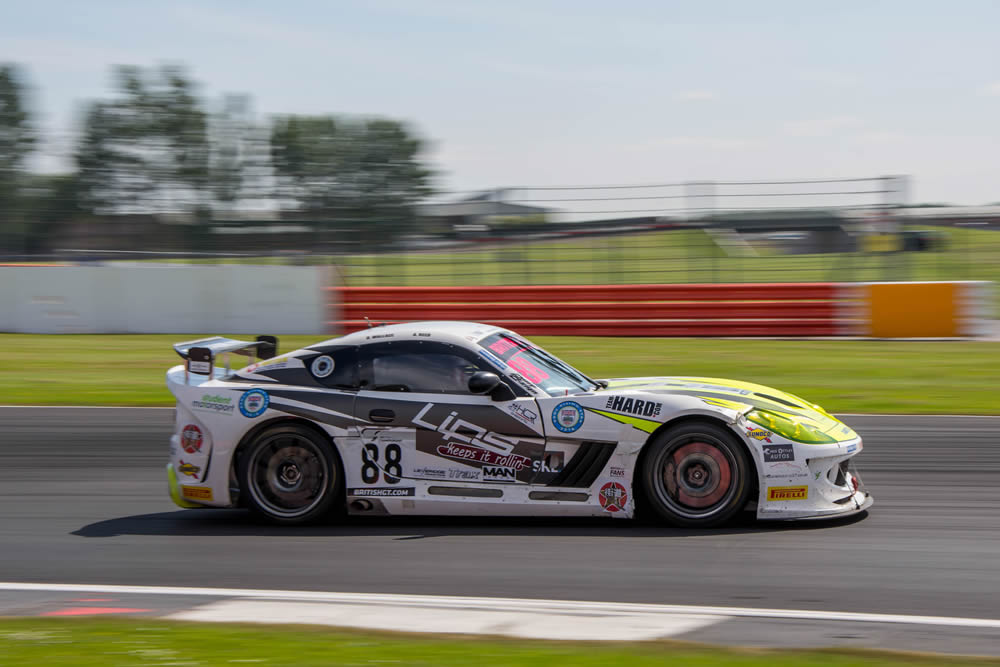 “It Was Our Best Weekend Of The Season So Far” – Ben Wallace Enjoys Solid Weekend At Silverstone (12.06.18)

Ben Wallace, driver of the #88 Team HARD Ginetta G55, enjoyed his best weekend of the season so far with a solid seventh place finish in class and making up eleven places on his qualifying position for Round Seven of the 2018 British GT Championship.

Driving for the first time in 2018with Alex Reed, Southport-based Ben Wallace was very pleased with how the new driving partnership developed over the course of the Silverstone weekend,

Ben prepared in his usual meticulous way with extensive time in the simulator as well as two track-walks around the 5.89kmsNorthamptonshire circuit.

“I walked the track twice on the Friday and the Saturday just to get a feel for it and I saw things that I hadn’t seen on the simulator and while I was driving,” said Ben. “That preparation paid off as I got quicker as the weekend progressed.

Due to a drive-shaft failure, Ben only had limited time in the car during practice and qualifying was a challenge.

“I didn’t do as well as I wanted in qualifying but Alex did a mega job, especially as Silverstone is not the greatest tack for the Ginetta G55 GT4 and performance balancing was not in our favour.”

“However, for me, morning warm-up was where all the preparation, hard work and Alex’s advice paid off,” said Ben. “I set a lap-time of 2:13.790, nearly two seconds a lap quicker than I had gone previously and I felt very comfortable and confident in the car. It showed a lot of improvement.” 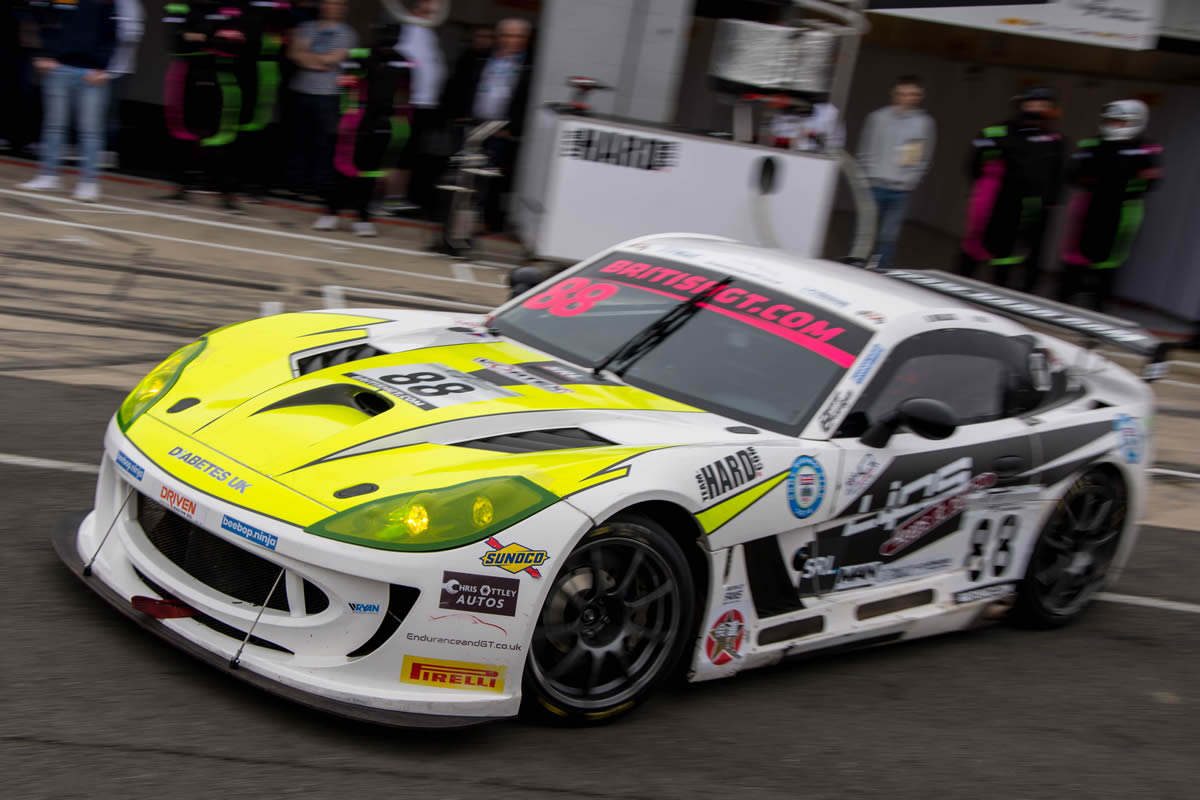 The #88 Team HARD Ginetta started from 34th overall on the grid and 18th in the GT4 category.

The race had its challenges but the crew of the #88 car battled hard and had made up nine places at the end of the first hour and went on to finish 23rd overall and, most importantly, seventh in the GT4 Silver category.

“I took the start and pushed very hard in the opening stint, taking a lot out of the tyres in the process,” commented Ben. “I had contact with a GT3 car going through Maggots and Beckets which pushed me down the field. Our race wasn’t helped due to penalties for track limit infringements but that’s racing.”

Overall, Ben was delighted at the way the weekend had progressed.

“Alex and I worked really well together,” said Ben. “‘I was really happy with the weekend because finally everything came together. Alex did a top job and in the end we got seventh in the GT4 Silver category and tenth overall in the GT4 class. I couldn’t have asked for anything better.”

The British GT Championship now moves to Circuit de Spa-Francorchamps on July 21 – 22 for Round Seven.

“I’m looking forward to Spa-Francorchamps as I’ve raced there a few time and had some success there. With the confidence that I’ve gained from Silverstone, I think we could do very well.”

Practice begins for the Round Seven at Spa-Francorchampsat 09:00 local time on Saturday July 21.