Autobrite Direct extend their partnership with Team HARD. for 2019 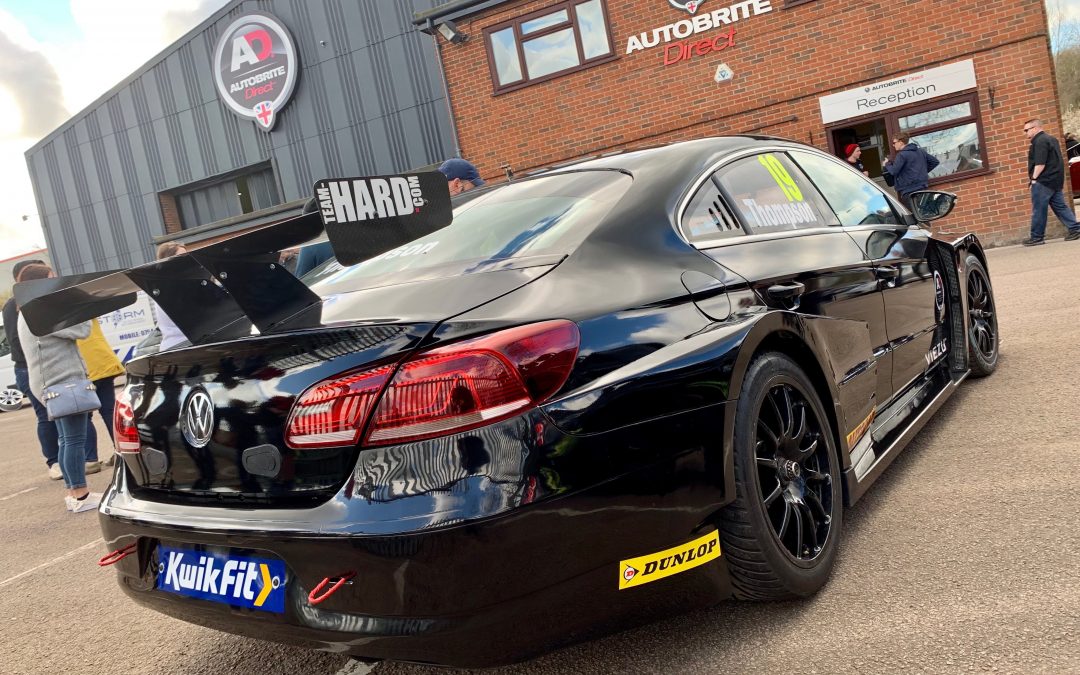 After recently moving to their new premises and the official opening of their very impressive new shop, Autobrite Direct have agreed a deal to become title partners with Team HARD. Racing for the 2019 race season and will become part of the official BTCC entry name as well as an increased presence on the new and improved Volkswagen CC’s.

Autobrite joined the team in 2018 and the team have worked very closely since then to build a great relationship as well as developing some very colourful HARDstuff products to sit alongside the Autobrite range. With a very exciting year ahead for everyone involved, the team will be unveiling the new livery tomorrow at the BTCC media day at Brands Hatch.

The Autobrite Direct logo will be seen on all 4 of the cars in the Team HARD. racing stable but will have an even bigger presence on the cars of BRDC Rising Star Bobby Thompson and Ginetta SuperCup AM champion Michael Crees. Running as two pairs, the Autobrite Direct name features heavily on that side of the garage for the year ahead.

Tony Gilham said of the news, “It was a real eye opener for me when I went to see the stunning new premises and shop that was opened over the weekend and I can’t tell you how impressed I was with the way the day went. The products speak for themselves and after talking to many people on the day (Sunday) it is very clear that Autobrite are fast becoming a heavyweight on their industry and a major force in the market.

Walking round the shop I was amazed by the product range and whole professionalism of the business and to agree this deal for 2019 is another proud moment for the team as we look to build on what has already been a great partnership. A huge year ahead for us both and as always and to do it with likeminded people is a very exciting prospect.”

Mark Moss added, “it’s been very busy for us in recent months and this is a major announcement so close to the opening of our new facility just 48 hours ago. After speaking with Tony and the team as well as all the guys at Autobrite, we decided that this was too good an opportunity to miss and we are all very much looking forward to it. To see our name and logo on the BTCC grid is a very proud moment and to do it with a team that we have been working so closely with in recent months makes it even better as we both continue to expand our operations.”

It’s been a dramatic 48 hours for the team with the announcements of Mike Bushell moving to the Renault UK Clio Cup, Jack Goff’s move to the team in the BTCC and RCIB insurance coming back to partner the team. The announcement of Autobrite Direct brings further positive news for the team which continues to move in the right direction. It’s time to go racing!