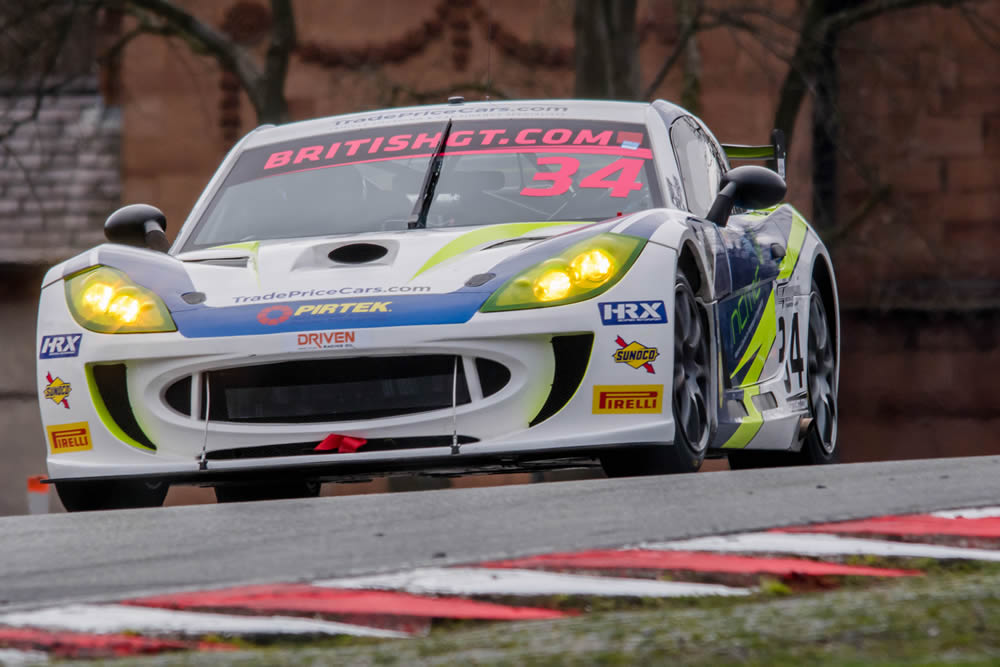 On race day, Anna started the first of the two 1 hour races behind the safety car for the first three laps due to heavy rain. This enabled all drivers to get as much heat into their wet tyres before the green light. As soon as racing got underway the Hindhead-based driver made her way up the field, passing three cars on the first lap and another before the driver change pit stop.

Anna commented, “I knew I had work to do early on in the race to get the car through the pack, these 1 hour double headers are more like sprint races for each driver so it’s important to get track position early on. The car felt good in wet conditions, we made a set up change after the 10 minute warm up earlier in the morning which transformed the car so I was confident to push on and pass as many as possible in the early stages of the race”. 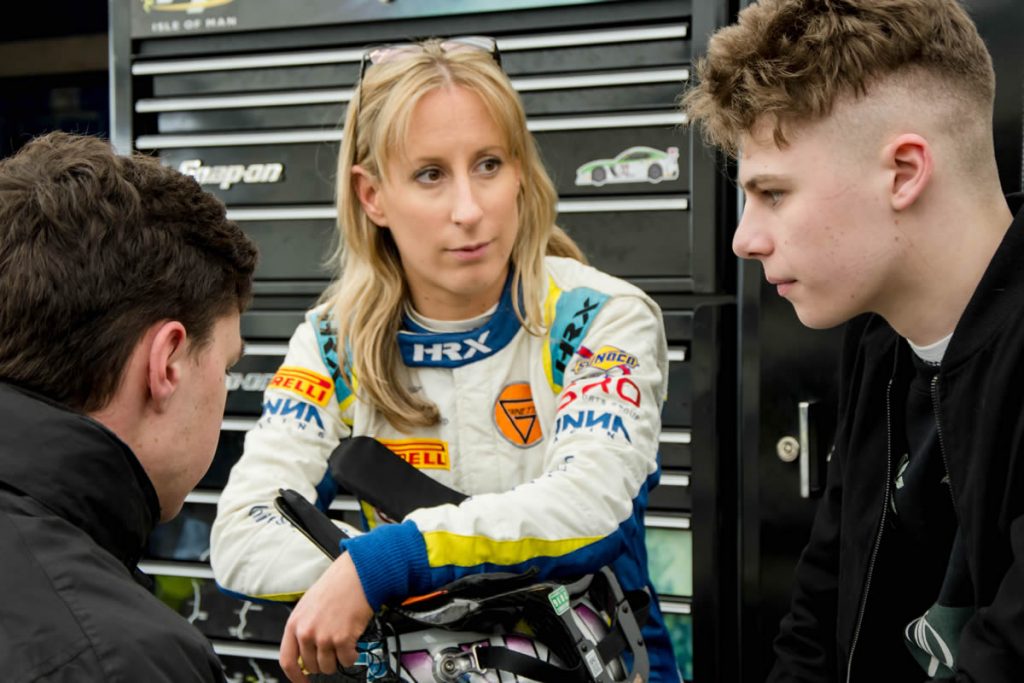 Anna handed the car over to Hawkins-Row 4thplace in class.

“Callum had a good stint finding a chunk of time as the track conditions started to dry, I’m pleased he’s got his first British GT race under his belt and we can move on to Rockingham with confidence”.

The pair finished race one in 5th place in the Pro/Am class.

Race two was cancelled after a brief spell behind the safety car as certain corners on the track were flooded after torrential rain and deemed unsafe to race.  Championship organisers declared that points would be awarded according to grid positions for the cancelled race meaning the Team Hard duo left Cheshire holding eighth place in the championship.

She added: “The weather conditions deteriorated quickly for race two, it was the right call given the conditions but I am disappointed we didn’t get to race. We can head to the next race full of confidence after a solid performance”

“We can take a lot of positives from the weekend. New team for me, new team for the students and Callum did a great job in his first race at this level, “ said Walewska, “Importantly the students, working alongside experienced engineers proved that what they are learning in the classroom translates on to the track..”

Next up for the duo is a 2 hour race at Rockingham on April 28thand 29th.