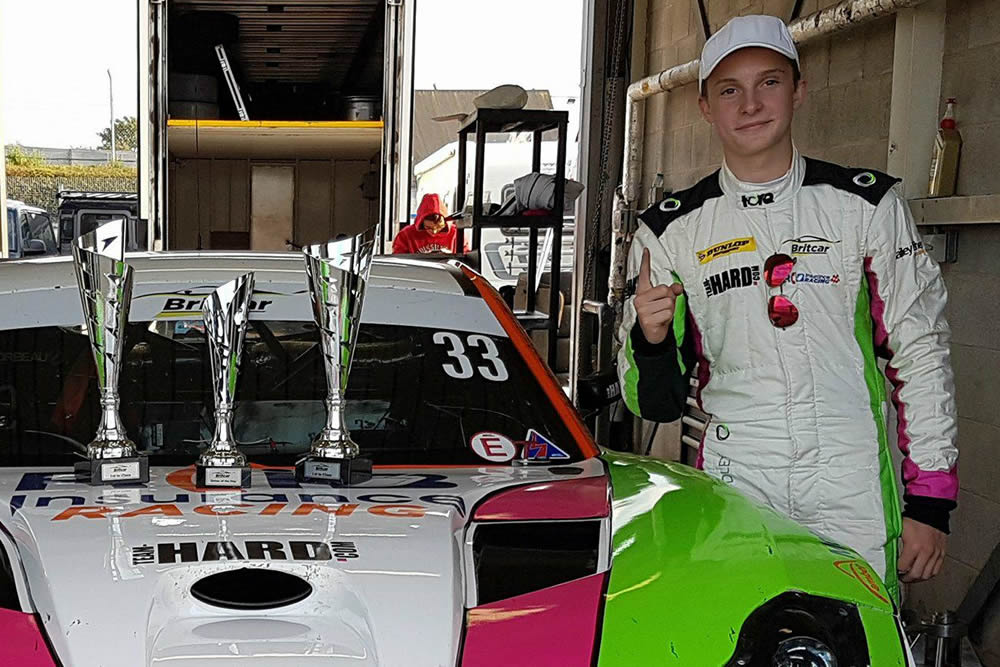 Team HARD. Racing are very pleased to announce that another one of our young guns from 2017 Angus Dudley will return next weekend to make his debut on the TOCA package in the Michelin Ginetta Supercup.

Angus had a very successful year at the wheel of one of our Ginetta G55’s last season and made a big step forwards both on and off track. Angus developed as a racing driver and also as a part of the team with his personality and attention to detail in and out of the car. He formed a very strong partnership with close friend Callum Hawkins Row who himself has moved on to British GT this year also with Team HARD.

Angus said “Its great to be able to get back out in the Ginetta after a longer than expected winter break. I am looking forward to the challenge that has been put in front of me. The Ginetta Supercup is a seriously tough championship so I’m looking forward to getting stuck in and see how we fair against some very quick and experienced competitors.”

Angus will be racing alongside Carl Boardley who himself has joined Team HARD. this year for a full championship assault. Carl had an amazing debut with the team finishing 2nd, 2nd and 1st in the three opening races at Brands Hatch earlier this month. Angus will be looking to learn as much as possible from Carl and work together to compete as high as possible up the grid.

Tony Gilham added “Ever since Angus joined the team, it has been very refreshing to work with someone so focussed on what it takes to be a modern day racing driver. I say it a lot about some of the drivers we work with but Angus is another driver from our stable that has the complete package. He listens, he learns and he applies very well which is why his rate of development has been phenomenal. Hopefully, this will lead on to more races this season with us as we look to build on what was a very successful debut in GT race cars last year.”