A Hat Trick for Boardley at Croft 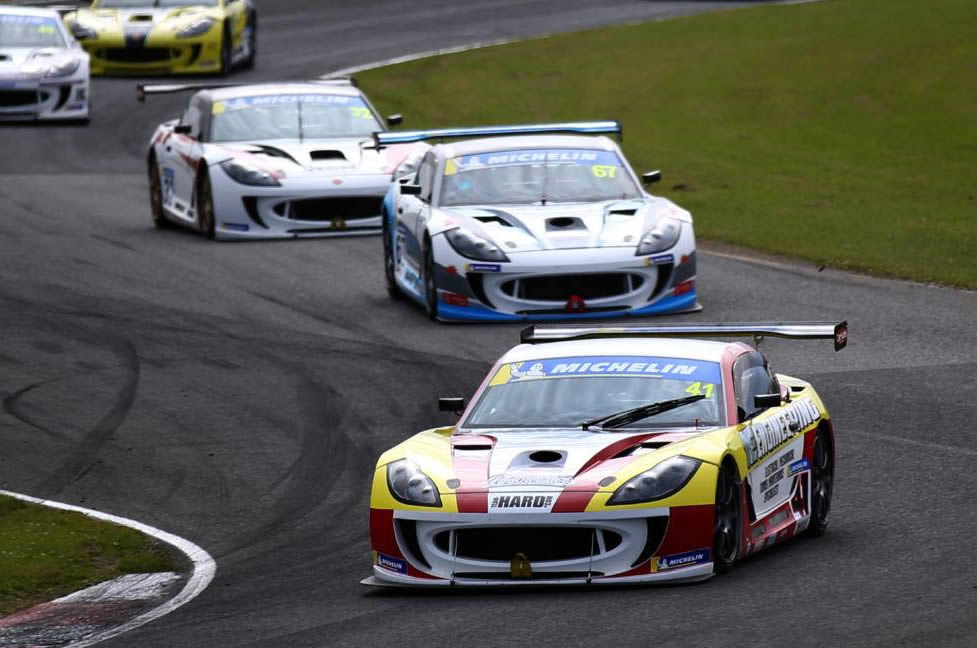 Ipswich – based Four Times World and Multi – National Hot Rod Champion, Carl Boardley competed in the fourth round of the Ginetta GT4 Supercup as part of the British Touring Car Championship at Croft at the weekend and landed a Hat Trick of Race Wins in a maximum points haul as he closes within eight points of leading the Championship in 2018!

Two open practice sessions in very hot conditions on the Friday confirmed the steering issue of Oulton Park a fortnight earlier had been overcome and by Official Qualifying on Saturday, a best time put Boardley in P2 for Race one after a mere two lap flying qualifier to post the best time possible out of the tyre allocation, which was to prove crucial as the weekend unfolded!.

Race one, Saturday afternoon in now very hot conditions saw Boardley set his marker by confidently heading the pack into the first corner and putting in a ‘head down’ confident drive to take the win from championship leader Charlie Ladell and Harry King.

By Sunday afternoon, the circuit was sweltering under blazing sunshine for Race two. With Boardley off the Pole this time, he raced Ladell to the first corner and pushed out into the lead again and despite some thrilling racing between the two, Boardley’s strong first two sectors each lap, in front of the ITV4 Cameras made sure he was going to make the result stick with Ladell second and Angus Fender third. 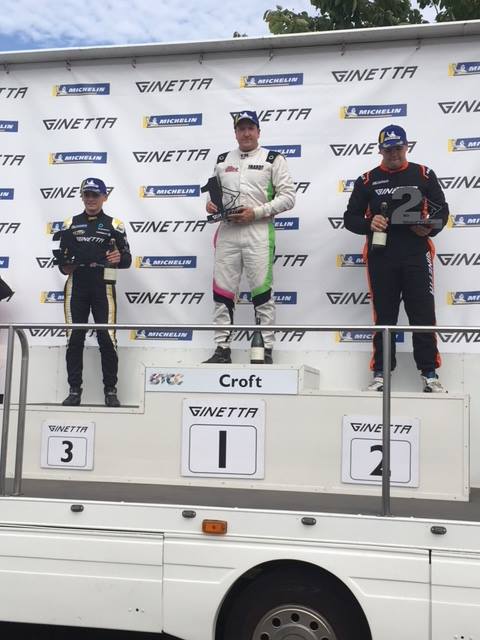 With the Grid drawn for Race three, Boardley was off P4 but was second to Ladell going into the first turn. As the Drivers struggled on by now, ‘well past their best tyres’, Boardley managed to get past Ladell and go into a commanding lead as everyone behind swapped positions. Just when it was thought the result would stick, there was a caution car period which bunched the pack up again and upon the restart, Harry King on superior rubber made a class move on Boardley to take the lead and the win whilst Boardley literally limped home in second with a rear puncture, his tyres had, had enough!
Post – Race investigation however saw King removed from the result following an earlier altercation in the race and thus the win was awarded to Boardley to claim a Ginetta career best Hat Trick of wins.

Boardley now sits in an even stronger second place in the Ginetta GT4 Championship, just seven points behind Charlie Ladell as we prepare for the next Round when the BTCC visits Boardley’s local Circuit, Snetterton on Croft on 28th /29th July.

Before then, Boardley will be behind the wheel of a 2018 Team Hard British Touring Car Championship Car on July 12th as he takes part in an official Tyre Test with the Team!

CBM = A Winning Team, is your Business a leader in its field too?
We are pushing for the 2018 Ginetta GT4 Supercup Championship and with a little financial contribution towards the tyre budget etc, we aim to keep pushing for that Championship win.

There is still plenty of room on the car for Partners to join us, even if just for the Snetterton Round – and enjoy the unrivalled Publicity and Hospitality Partnerships we have available this year, – and to have the chance to associate your brand with a winning Team!