Yesterday the team and their Kwik Fit British Touring Car Championship (BTCC) 7 car line up headed to Silverstone circuit for the 2021 BTCC media day. The team announced their partnership with Laser Tools Racing in December 2020 and this season is entering the championship with 4 brand new CUPRA Leon’s and 3 Infiniti Q50’s.

Tony Gilham: “Yesterday was a massive day for the whole team and I’m very proud to be able to put it all together. We now have 7 cars under the umbrella, and it was a massive effort with pre-season testing to get them all there in the first place. I am very proud of everyone involved for making that happen.

“I have a great team around me and I’m proud to be the leader of the pack. The Laser boys and girls continued where they left off, obviously Ash being the past champion was straight out the box on the money as he has been in testing. Aiden is chipping away in the car every single session as is Carl who’s getting to grips with the Infiniti after a season in the BMW last year. All them guys, as expected are where they need to be.

“The CUPRA’s were very quick out the box and we’ve had a really interesting day. Jack has shown some great pace, Glynn whilst showing eighteenth on the time sheets was only one tenth off Ash who was in sixth place so there’s some strong pace there too. Aron had a little bit of bad luck with a component failure on the car which was a shame but being all brand-new parts, we decided on an early finish for the day to protect the car for our test next week so we can arrive there in the best shape possible.

“Nic was also chipping away, he went the fastest he’s ever been around Silverstone and in every session he was improving. Overall, there are a lot of positives to take away from today. It was great to see everybody together for the first time as one big operation; the logistical side, and the commercial reasons why we’re now working with Laser as one. Essentially for Team HARD. it was very much announcing our 2021 intentions across the board. I’m very pleased”.

A word from two of the teams 2021 BTCC drivers who had contrasting days but both feeling positive about the season ahead.

Jack Goff: “It’s great to be back, everyone was there in their new liveries and the CUPRA looked stunning. The team have done a fantastic job not only looks wise but also with reliability. They have given me a competitive car that should be fighting much closer to the sharp end straight out the box.

“We’re not there yet, we’re not perfect but I do believe that were much closer to where we need to be. We just need to fine tune everything now. We have one more test day at Brands Hatch next week where were looking to try one or two new tweaks to see if we can find the last couple of tenths.

“There are lots of new faces that have come into the team and therefore lots of experience which is only going to help push us on further. I’m really looking forward to getting started at Thruxton and seeing everyone’s pace. I do believe we are in a really strong position moving forward which is a testament to all the boys and girls at Team HARD and our amazing partners who have been able to make all of this a possibility.”

Aron Taylor-Smith: “Media day just wasn’t my day. It’s always hard when it’s your first day back at school because you want to put your best foot forward but unfortunately It wasn’t to be the case for me. We had a freak upright failure in the morning which caused quite a bit of damage and stopped me from running. Then in the afternoon we had an engine let go on our initial run as well. Unfortunately, I never really did a timed lap, but it wasn’t anyone’s fault at the team, and I would always hate for it to detract from the hard work that they’ve done on this new CUPRA project.

“I think the positive I take from this is that there’s no points to be won on media day. We go to another test at Brands Hatch next week where we can iron out all these problems and I can guarantee that we will be in a significantly better place come round 1 as a result of the troubles from Silverstone.”

Round one of the 2021 BTCC season begins in two weeks’ time at Thruxton on the 9th May which is live on ITV4 and ITV4 HD. 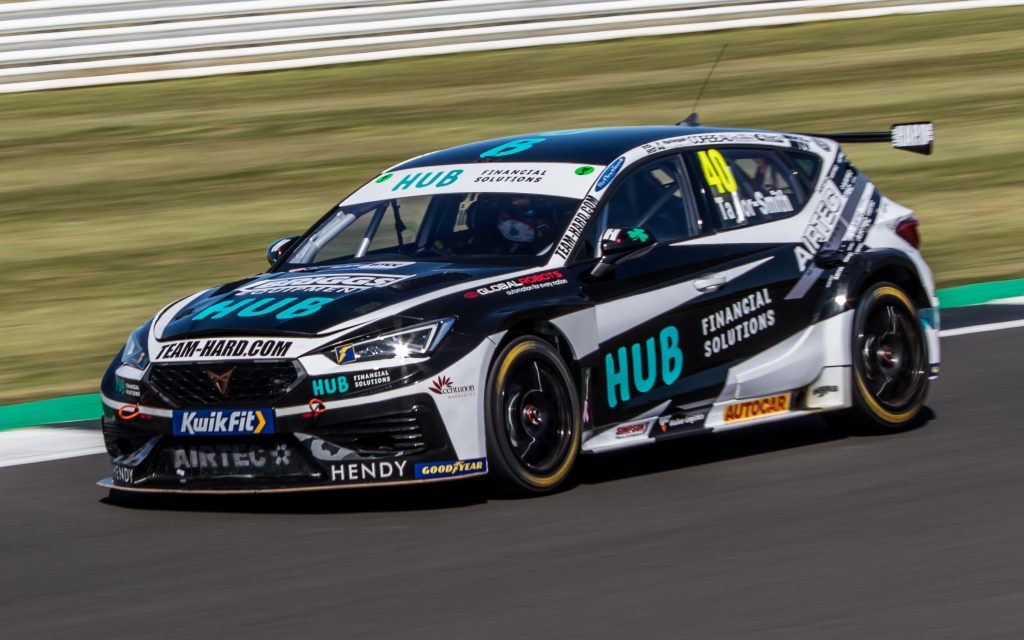